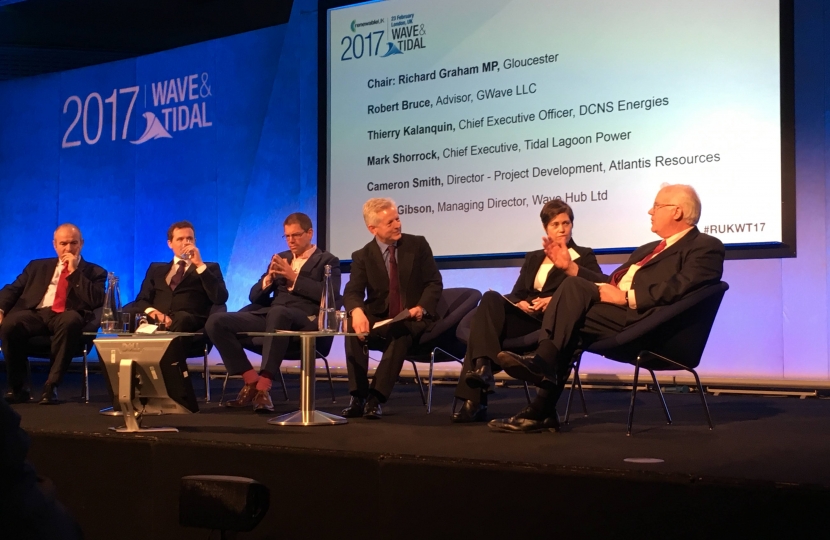 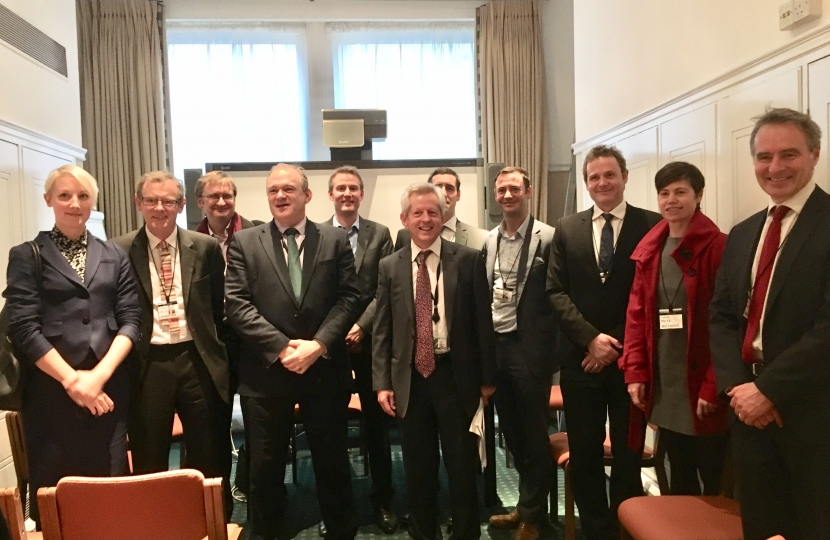 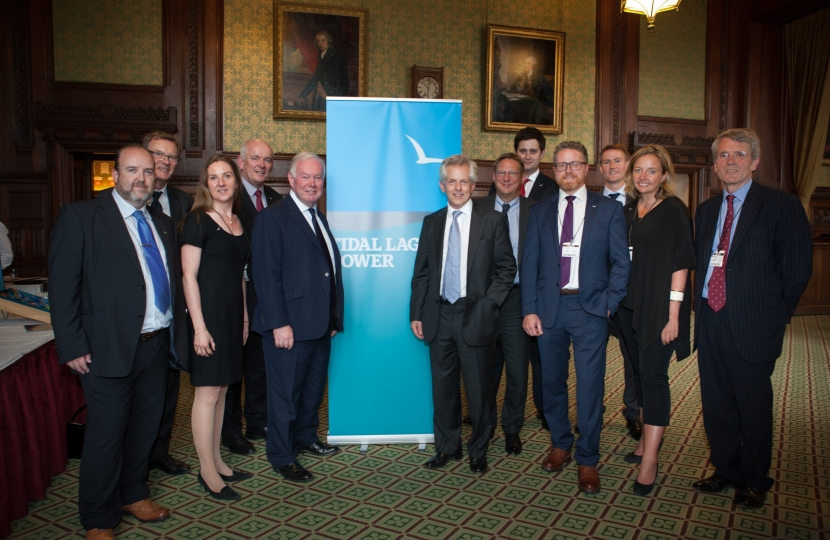 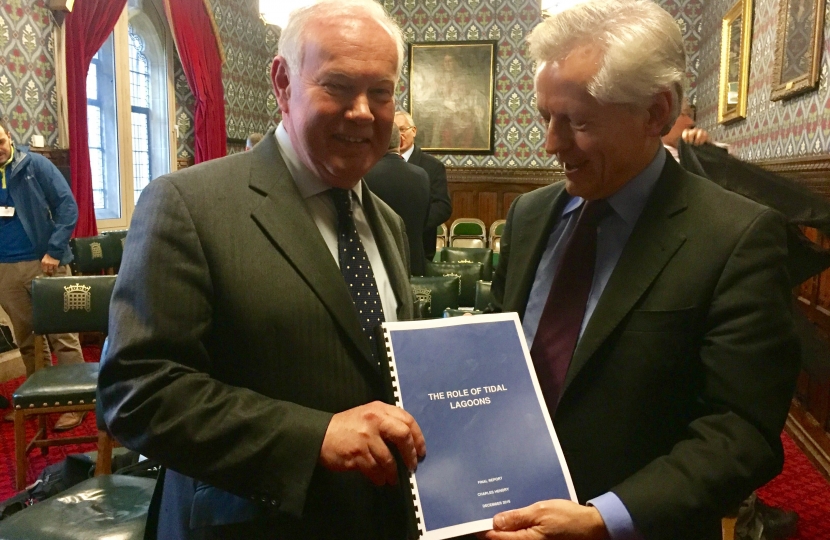 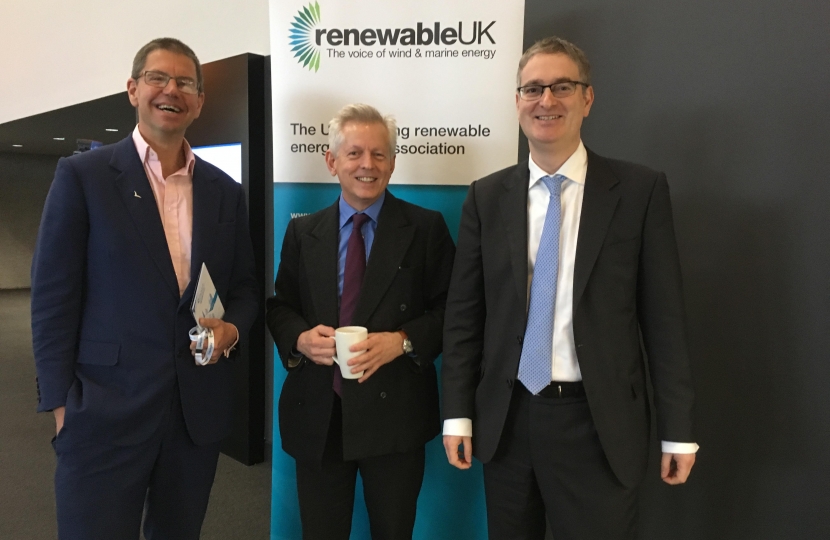 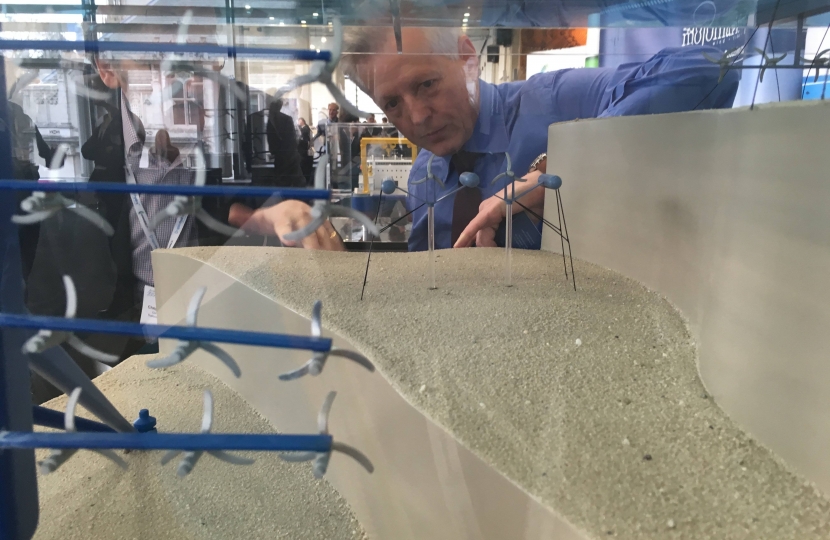 We have a problem: our energy demands are rising, but capacity isn’t increasing fast enough, and gradually our aging nuclear power stations are going to be closed down. By 2030 our capacity needs to have increased by a quarter just to meet existing demand. What to do?

The good news is that there is lots happening, but we do also need some big decisions. Our first new nuclear stations for a generation, at Hinkley Point, have been approved with agreed Chinese investment, but EDF Energy’s French parent has financial, operational and legal difficulties. We need confirmation, ultimately, from their key shareholder the French government, about EDF’s commitment in order to continue.

There are also new Japanese nuclear energy stations planned in Cumbria and North Wales, gas plants being built and a pipeline of renewable projects – which could ultimately provide up to 30% of our total energy demand.

A history of under investment is gradually being dealt with, as the new Industrial Strategy component of Secretary of State Greg Clark’s Business, Energy and Industrial Strategy department takes over responsibility for energy strategy as well. This is encouraging, but there is still a need for a clean, reliable, domestic source of energy – and it’s here, on our doorstep.

The UK is uniquely situated, enjoying the second highest tides of anywhere in the world and consequently the opportunity to harness their extraordinary power. The concepts are not new, but the technology has vastly improved since the first tidal barrage was built over half a century ago in France, as has the understanding of the ecological impacts and benefits of building such massive structures along our coast lines.

Britain’s first commercial tidal lagoon at Swansea was granted planning consent in 2015 and stands ready to be built. It needs government support, and in order to get it, it will need to prove that it is good value for money. That is why the independent review into the feasibility and practicality of tidal lagoon energy in the UK was launched in February.

Tidal lagoons are exciting, but as yet untested technology. Designed to last for over a century or more and encompassing several square miles of ocean, these lagoons could become a legacy of affordable electricity from carbon free resources for generations of our constituents and businesses.

However it is important to have clarity over the role that tidal lagoons can play in supporting our country’s energy needs, which is why former Energy Minister Charles Hendry is heading this review, and will give clear recommendations on tidal lagoon power in the autumn.

Lagoons could offer more than just energy security from cheap resources. The investment in lagoons in the UK could exceed over £40 billion in the next fifteen years, creating tens of thousands of construction jobs, most notably in parts of the United Kingdom, like South Wales, which will need more support when we leave the EU, whatever that will look like.

The supply chain that these investments will create involve some of our largest manufacturers, thereby spreading their economic benefit across the country. If the Review gives the go ahead, the Swansea project could also be followed by a fleet of lagoons that not only contribute to the UK’s energy needs, but also provide an investment that will create an industry with huge scope, with the potential to export to other countries as well.

This is our chance to dominate a new energy sector, with a predominantly British supply chain. Tidal lagoons will create jobs and investment in the UK whilst providing us with the electricity we sorely need, all without dependence on other security and supply issues.

There are other sources of marine energy: the stream derived energy developed by Atlantis at MeyGen, in the north of Scotland, and the wave project advanced by Albatern, as well as a different tidal project being worked up by Perpetuus on the Isle of Wight.

The opportunity is why I’ve set up, with many colleagues from all parties, the All-Party Parliamentary Group on Marine Energy and Tidal Lagoons, so we can come together and discuss these important issues. There will be metaphorical waves and tides to overcome: but a brave government determined to innovate and think long term can overcome them all. It is in the interest of all of us that Britain develops Marine Energy.

Tidal Lagoon Response: 'a sad day, but not the end of the journey'

Richard Graham MP says the government’s decision on the Swansea Bay Tidal Lagoon ‘is a sad day, but not the end of the journey’

Just over a year ago, the Hendry Review of Tidal Lagoons was launched in Parliament. Its main, unambiguous recommendation was for the Government to commission a pilot project for the world’s first tidal lagoon in Swansea Bay.

Re-elected Chair of the All-Party Parliamentary Group (APPG) on Marine Energy and Tidal Lagoons Richard Graham MP has said that the next few weeks are crucial to the future of a proposed pilot project at Swansea for the world’s first ever tidal lagoon.

107 MPs have signed a letter to Business, Energy and Industrial Strategy Secretary of State Greg Clark calling for the government to respond to the recommendations of the Hendry Review on Tidal Lagoons, and in particular Charles Hendry’s call for a pathfinder Tidal Lagoon, as soon as possible.

It may not hit the headlines when the media are focused on whether the Kremlin has compromising material on the new US President, but yesterday was I think the moment Britain got serious about creating a new global industry.

Chair of the All Party Parliamentary Group for Marine Energy and Tidal Lagoons and Gloucester MP Richard Graham said that the Hendry Review of Tidal Lagoons gave the clearest possible recommendation for the government to move fast and develop this new global industry.

“This is an historic moment for UK-based company Nova Innovation – I believe the first company in the world to deploy a fully operational tidal array connected to the grid,” said Richard Graham MP.

Launching the All Party Group to promote Marine Energy

“We have the most tumultuous coastline of any country, capable of great force, and we badly need its energy to help keep the lights on as soon as possible,” said Gloucester’s MP Richard Graham as he launched an All-Party Parliamentary Group on Marine Energy and Tidal Lagoons to promote and suppor