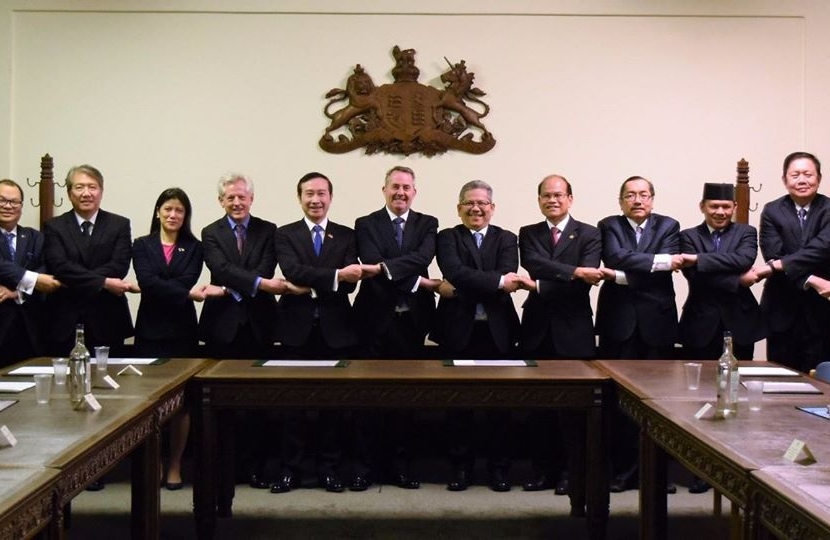 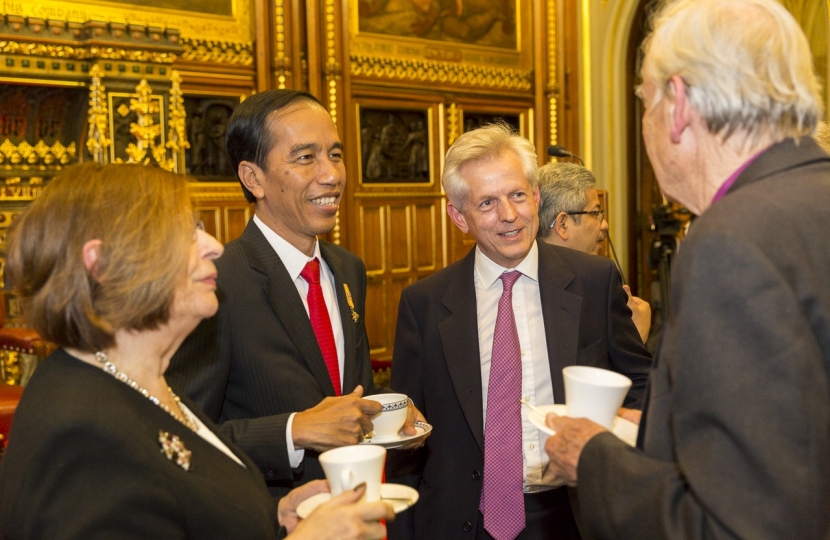 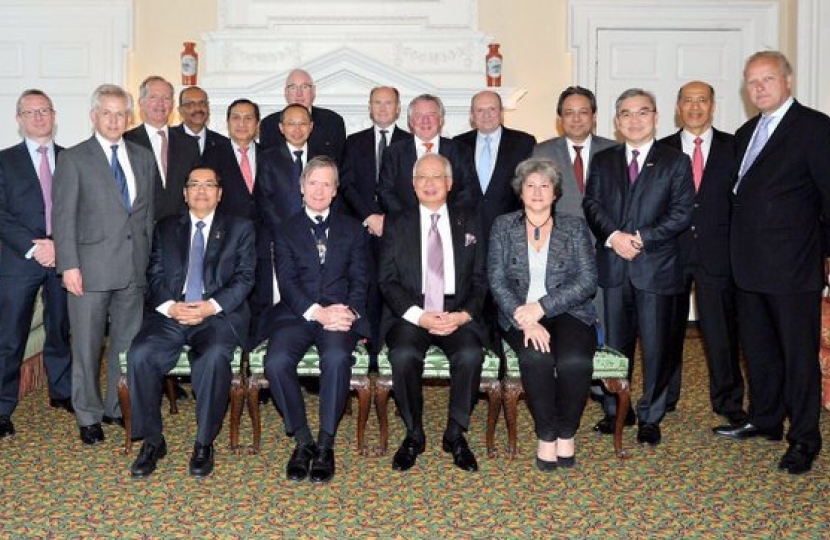 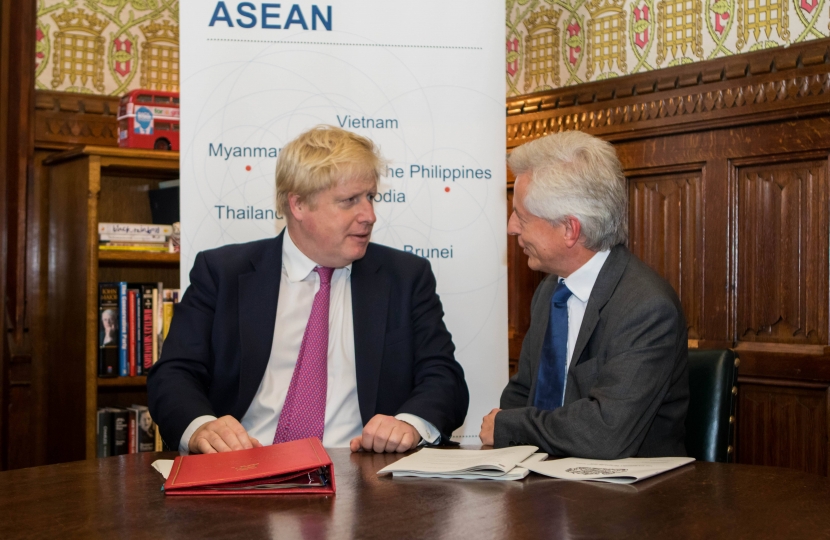 Trade Envoys are a network of Prime Minister appointed Parliamentarians in the Lords and Commons, drawn from across the political spectrum. We engage with markets where UK Trade and Investment (UKTI) has identified substantial trade and investment opportunities.

We support the drive for economic growth by building on the UK’s existing relations with these markets and maximising bilateral trade, thereby generating real and long term benefits for the UK. There are currently 24 Trade Envoys covering roughly 50 key nations.

The Association of South East Asian Nations (or ASEAN) Economic Community was created in 2015 and forms a single market of $2.6 US trillion and over 622 million people. The group consists of ten countries and you can see more about it here .

As Trade Envoy, I encourage and develop trade and investment for mutual benefit in every area from tourism and education, to cyber, fintech and aerospace. Investment from the areas I cover into the UK include Whyte and Mackay Whisky, the Battersea Power Station and Igene (digital autopsies).

The UK is the largest European investor in many ASEAN markets and our education links are particularly strong in Malaysia, while aerospace, defence and cyber relationships are important in all.

I wrote an article on the importance of ASEAN after Brexit, read here: https://www.prospectmagazine.co.uk/economics-and-finance/eastern-promise

I lived and worked in Indonesia years ago as an airline manager, and speak Bahasa Indonesia. As the Prime Minister’s Trade Envoy I help UK businesses with high level contacts, where they have something to offer that meets Indonesian needs – project management or engineering design skills for the Asian Games 2018 or national infrastructure projects, for example – as well as encouraging Indonesian businesses to set up in the UK.

Since then I have met Malaysian ministers, officials and businesses both in Kuala Lumpur and London, where I have opened the Khazanah (Sovereign Wealth Fund) office, opened an Education Initiate, and chaired a Commonwealth Enterprise and Investment Council session on Malaysia.

Malaysian businesses are also interested in our infrastructure – where it dovetails with their relevant experience.

I was general manager of an airline in the Philippines from 1984-6 and travelled widely there; I also learned Tagalog. In August 2016 I went back to the Philippines as the Prime Minister’s Trade Envoy. I had discussions with President Duterte and key ministers on trade, investment, infrastructure, the rule of law and more widely how our two countries can work more closely together. Direct flights from Heathrow to Manila on Philippines Airlines (PAL) literally helps to bring us closer, and Brexit offers potentially good news for sugar cane producers.

It was great to be back in Manila, Cebu and seeing UK businesses like Prudential thrive. Infrastructure is crucial to Cebu’s continued success, as Governor Davide told me. The Public-Private Partnership Centre is key for projects like the Mactan-Cebu Airport. You can read more about my trip on the ABS-CBN news channel website here  or watch below.

This Week in Parliament: Brexit and Trade

Gloucester’s MP Richard Graham MP says that HRH The Duke of Kent presenting Helipebs Controls with a Queen’s Award for Enterprise for the first time shows how far the company’s exporting success has come since the financial crash in 2008: ‘this is a Phoenix like recovery for the Elmbridge based e

What next for British trade and exports?

It is a conundrum for all of us involved.

Appointed Trade Envoy to Malaysia and the Philippines

City MP Richard Graham has been announced as the new Trade Envoy to both Malaysia and the Philippines, extending his existing role in Indonesia and the ASEAN Economic Community.

Appointed as Trade Envoy to the ASEAN Economic Community

Prime Minister David Cameron announced this evening to ASEAN Secretary General Le Luong Minh that he was appointing his Trade Envoy for Indonesia, Richard Graham, also to be his Trade Envoy for the ASEAN Economic Community, a single market which comes into being this December.