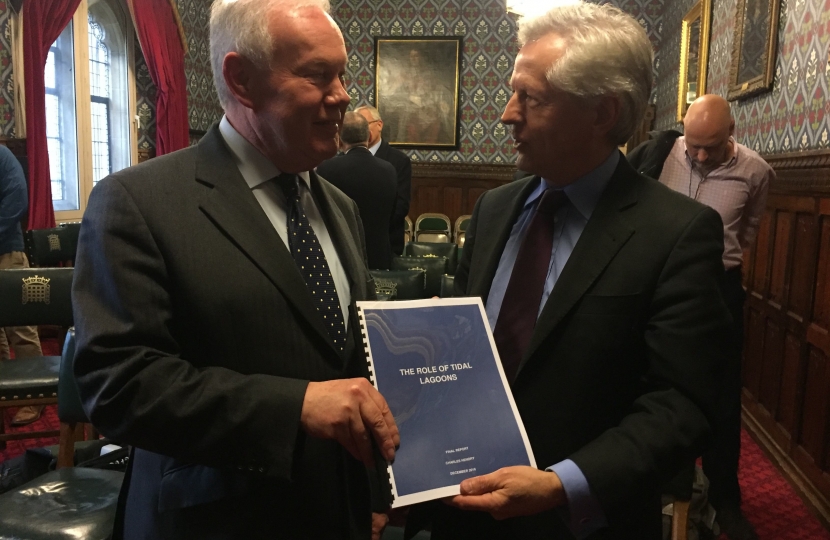 Just over a year ago, the Hendry Review of Tidal Lagoons was launched in Parliament. Its main, unambiguous recommendation was for the Government to commission a pilot project for the world’s first tidal lagoon in Swansea Bay.

We still await a formal response, but there have been two developments which make me believe that the Government can now take a positive decision that will above all benefit consumers.

The first is that the Welsh government has agreed to lend the proposed operator (Tidal Lagoon Swansea Bay plc) business capital to help cover construction costs, and with a later cash injection eventually become the 100 per cent equity holder of the project.

But Greg Clark, BEIS Secretary of State, has always rightly taken the view that tidal lagoons have to be viable sources of energy at the right price. Affordability is as important as security and low carbon. An issue with the Hendry Review, from a taxpayer perspective, was the proposed 60-year finance structure, at a starting cost higher than the (nuclear) Hinkley Point’s Contract for Difference (CfD) at £92.50/MWh (in 2012 terms).

This was both financially and politically challenging, and that was before the recent auction for new green energy contracts, where offshore wind came in at £57.50/MWh.

In my view the new price of offshore wind – a historic low – is good news for tidal lagoons. For it shows that the leadership of this Government, working with the alternative energy sector, can bring costs down dramatically over time. The reward for the UK, after years of subsidies for offshore wind at more than double today’s prices, is to have created both a viable source of energy and a new industry in which we’re now the world leader.

As a result our percentage of green energy in the UK has risen faster than in any other major European economy – something we should be proud of.

That gives us a strong precedent from which to explore other technologies, and if we take the same approach to tidal lagoons we can help create another new industry, bringing costs down for consumers in due course and generating a wider economic benefit as well. Later full-scale projects, such as those proposed for Cardiff and Colwyn Bay, could each have a generating capacity to match nuclear and a cost in line with offshore wind.

Which is where the second development matters. Tidal Lagoon Swansea Bay plc has now proposed exactly the same terms for the pilot project at Swansea as the government accepted for Hinkley Point (35 years, CPI inflation etc), and with a 65 per cent British supply chain. It is no longer more expensive in the short term than nuclear, with huge potential for future efficiencies.

We can continue to increase our percentage of energy generated from domestic low carbon by replicating the future savings of offshore wind through tidal lagoons. The Swansea pilot project proposal is now affordable, has the support of the Welsh Government, and will transfer equity and dividends to Wales while establishing a UK supply chain for this new industry.

What is now needed is for all of those involved to get around the table, and agree a sensible deal for investors, purchasers of the energy, and energy customers alike. Over a year on from the Hendry Review there is now an opportunity to take up its key recommendation.

The Prime Minister has always felt there was something in this for our nation, and HM Treasury and BEIS must surely now seize the moment – precisely when many are looking for examples of a new post-Brexit industrial strategy.