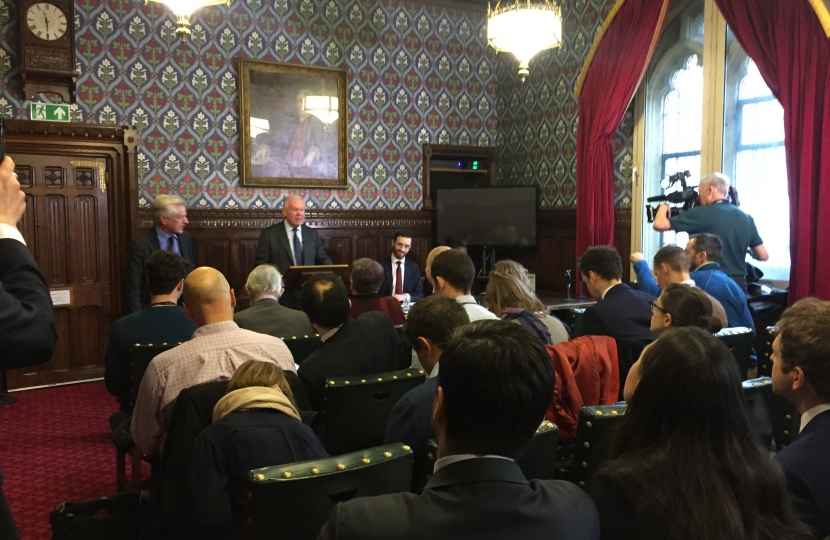 Re-elected Chair of the All-Party Parliamentary Group (APPG) on Marine Energy and Tidal Lagoons Richard Graham MP has said that the next few weeks are crucial to the future of a proposed pilot project at Swansea for the world’s first ever tidal lagoon.

Richard said, “broad Parliamentary support remains as strong as ever for Britain to lead on this strategic opportunity to harness the power of western coastal tides for our energy needs, with over 100 MPs signing my last letter to the BEIS Secretary – and even stronger support on the ground. But it’s now been 2 years since the government started considering the proposal, and 7 months since Charles Hendry completed his Review on Tidal Lagoons commissioned by the government.

“Clearly any form of energy subsidy, when all of us want to see energy tariffs as low as possible, is sensitive. But the proposal covers all aspects of the Department’s name – Business, Energy and Industrial Strategy – the Hendry Review is unambiguous about its recommendation to go ahead with a pilot project and there has been plenty of time for consideration. It’s time to decide.”

Richard Graham said that when Parliament reconvenes next week this would be a good moment for the BEIS Secretary Greg Clark to give the go ahead for this exciting and innovative project. “It would show that the government can make bold strategic decisions to back a new, reliable and secure way of generating green energy, using British technology, steel and turbines. Further delay risks killing the project in slow motion.”

Charles Hendry’s Review of Tidal Lagoons recommended a pilot project in Swansea Bay before any further larger scale lagoons at e.g. Cardiff. The pilot project would give the opportunity to fully study the impacts of the lagoon and learn from the process of the world first.

Charles Hendry said on publishing his report, “I believe that the evidence is clear that tidal lagoons can play a cost effective role in the UK’s energy mix and there is considerable value in a small (less than 500 MW) pathfinder project. I conclude that tidal lagoons would help deliver security of supply; they would assist in delivering our decarbonisation commitments; and they would bring real and substantial opportunities for the UK supply chain…

The aim now is that we should move to secure the pathfinder project as swiftly as possible, so the learning opportunities it offers can be maximised.”

Read the Review in full: https://hendryreview.wordpress.com/

Tidal Lagoon Power PLC is the leading company on the Swansea Bay tidal lagoon and is based in Gloucester.