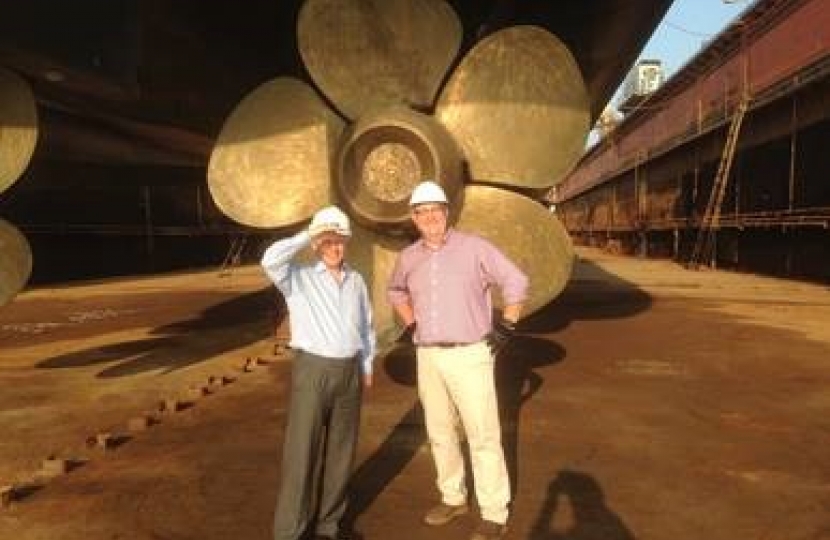 Gloucester MP Richard Graham, who spoke out in Parliament last week about the importance of growing our exports, has been reappointed as the Prime Minister’s Trade Envoy to Indonesia, Malaysia, the Philippines and the ASEAN Economic Community.

Richard said, “I’m delighted to have been asked to continue this important role to promote British exports to and inward investment from these key South East Asian markets. Although our exports have increased there is a lot more that we can do, boosted by a weaker currency, on both goods and services. The countries of SE Asia together (ASEAN) represent our third biggest non EU market, and have only just begun to invest institutionally in the UK. I’ll be back out there later this summer to pursue opportunities for greater co-operation in several sectors including maritime, aerospace and further education as well as seeing what more our expertise in running major sporting events can do to help make a success of the Asian Games. This is something I have a particular interest in as I once represented Indonesia at squash, one of the sports in the Games.”

Richard noted that Gloucester and Gloucestershire both have some remarkable exporters and Queens Award winners – including Severn Glocon, Prima Dental, Helipebs, Avon Metals, Advanced Insulation and Renishaw, as well as Fluid Transfer, Poetons, Neon Play, Only Natural products, BAe systems and Ultra. “And we shouldn’t forget our two universities,” Richard noted: “today we export more in Education than from Insurance and both the University of Gloucestershire and the Royal Agricultural University play a part in that. In a variety of different sectors Gloucestershire has a good record already in certain Asian markets”, said Richard, “but there is even more potential ahead. I hope other Trade Envoys will be appointed by the Prime Minister to help our national mission of building exports.”

Richard Graham is the longest serving Prime Minister’s Trade Envoy in the House of Commons. He was appointed Trade Envoy to Indonesia in 2012, to the ASEAN Economic Community in 2015, and to the Philippines and Malaysia in 2016.

There are currently 21 Trade Envoys covering around 50 markets. Trade Envoys engage with countries and markets where substantial trade and investment opportunities have been identified by UK. They build on the UK’s existing relations with these markets and maximising bilateral trade, aiming to generate real and long term benefits for the UK.