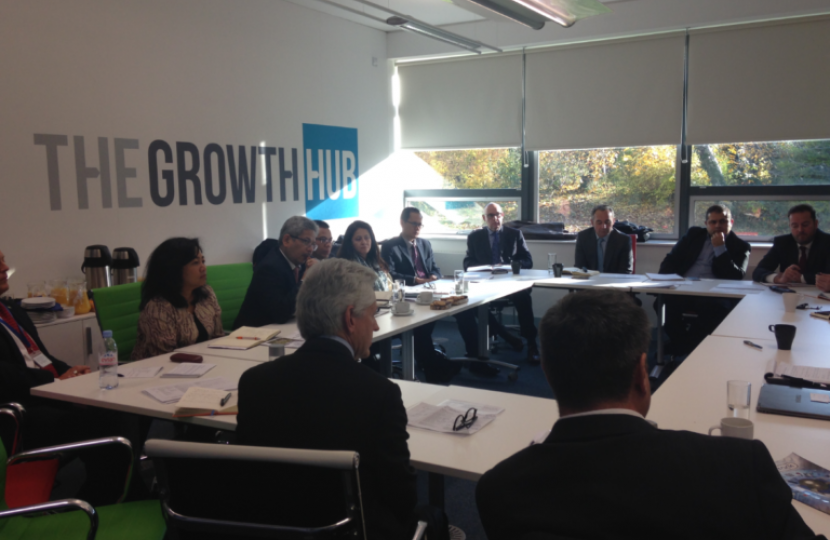 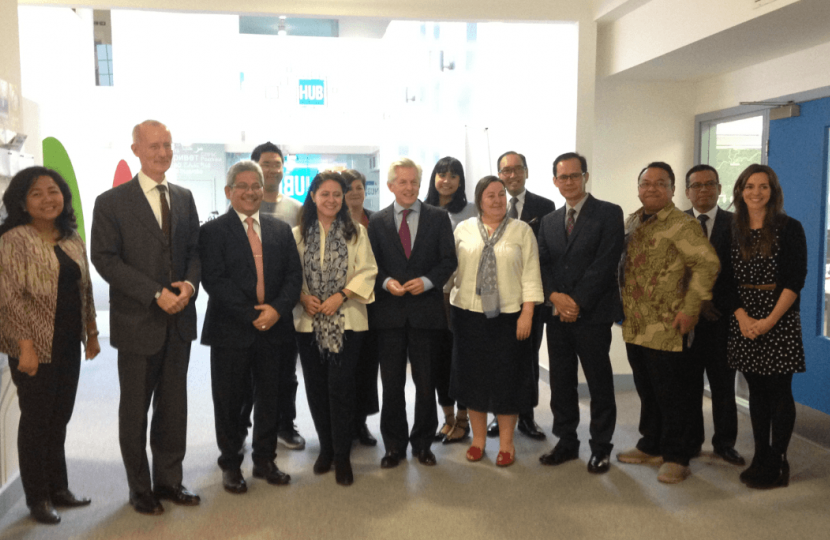 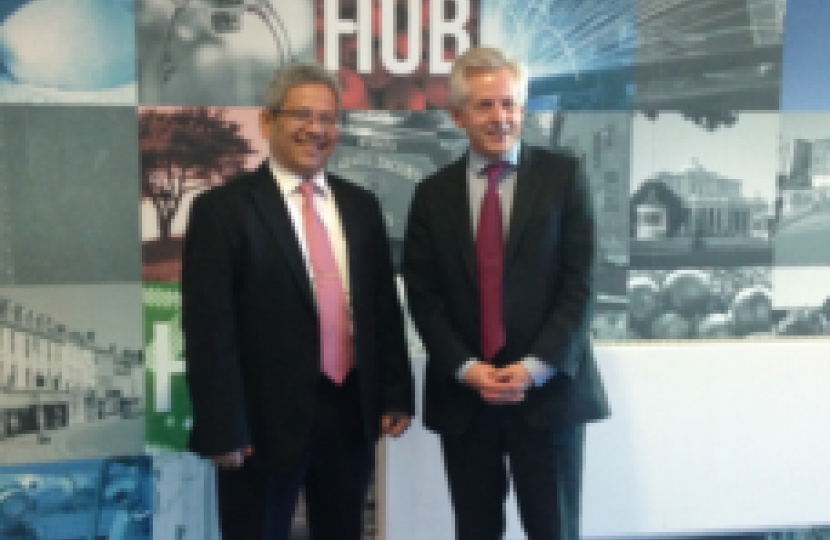 “I was impressed by the international focus of Queen’s Award winners like Fluid Transfer and Prima Dental,” said Ambassador Rizal, a former Chevening scholar at the London School of Economics, “and our investment agency (BKPM) is here to help identify the right partners for Gloucestershire investors. The success of the Fluid Transfer – PT Aweco partnership is a model of what can be done.”

University of Gloucestershire Vice Chancellor Stephen Marston, who hosted the Ambassador at the Growth Hub, confirmed the university had increased its footprint in SE Asia and was in talks with six universities in Indonesia.

“There is real potential for Gloucestershire to expand our co-operation with Indonesian universities in a number of ways, including joint point programmes at first degree and Masters level,” said Stephen Marston.

James Hygate, CEO of Green Fuels, said “this event was relevant because we plan to expand our existing market presence in Indonesia throughout SE Asia over the coming years, in line with a growing need for waste derived, sustainable biofuels. Indonesia is the first country to mandate renewable aviation fuel and this is an area where Green Fuels Research sees real potential.”

John Little, Managing Director of Fluid Transfer, said “it is very encouraging to see such a high delegation from the Indonesian Embassy come to meet with businesses in Gloucestershire. For this we have Richard to thank for organising such an opportunity. Fluid Transfer International has successfully completed several major refuelling equipment projects for existing airports that continue to grow and expand, in addition to equipping new airport developments to meet the ever increasing demand in air travel. This has been accomplished through our close ties with a local partner in Surabaya.’

Richard Graham MP also arranged meetings for the Ambassador with BAE and Tidal Lagoon Power (TLP): “we have great innovators in cyber and marine energy in our city and both are very relevant to Indonesia”, explained the City MP.

Wearing his hat as the PM’s Trade Envoy Richard works to help Gloucester businesses increase their exports and develop long term relationships with businesses in Indonesia and other SE Asian nations. “We’re making progress”, Richard concluded, “and visits like this should make a real difference.”