Appointed Trade Envoy to Malaysia and the Philippines 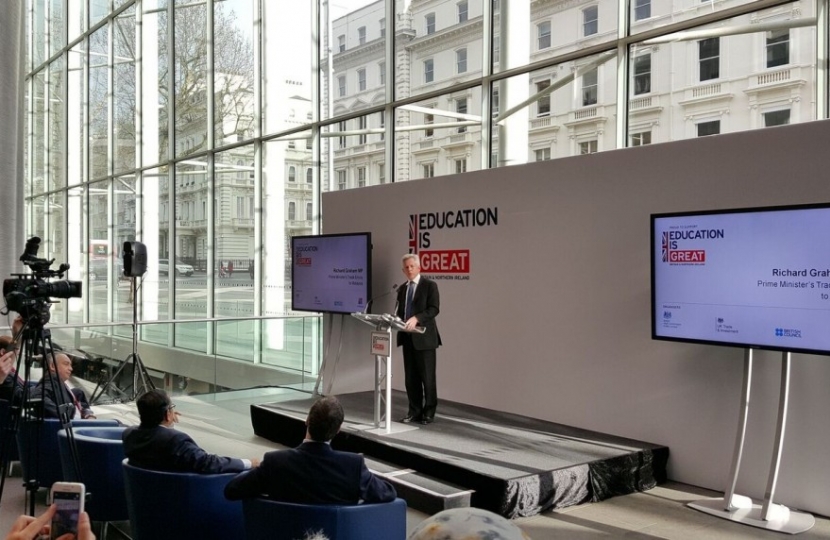 City MP Richard Graham has been announced as the new Trade Envoy to both Malaysia and the Philippines, extending his existing role in Indonesia and the ASEAN Economic Community.

Richard said “These are two markets that have real opportunities for British exports and I’m delighted to be able to use my experience and knowledge of both these two countries and the wider region to work with UK businesses. I used to work in this region and was General Manager for Cathay Pacific Airways in the Philippines 1984-6. I still speak Bahasa Indonesia (also very similar to Malay) and Tagalog (the language of the Philippines) as well as both main Chinese languages (Mandarin and Cantonese).

My main focus is on spreading the word in the UK to businesses about the opportunities for them in the ASEAN region, and the countries I cover specifically: leading some sector or region specific missions: opening doors and building relations with Ministers and governments so we can help provide solutions for their needs – from emergency power provision to Asia Games infrastructure, cyber, defence to health – and be a source of long term investment that is good for both countries’ trade relations.

There is a lot more exporting to the Far East than is widely known – including cylinders, valves, gantrail, dentist drills, steam solutions, bio diesel plants and precision instruments. And there are a lot of companies who could do more given the right introduction and encouragement.”