What next for British trade and exports? 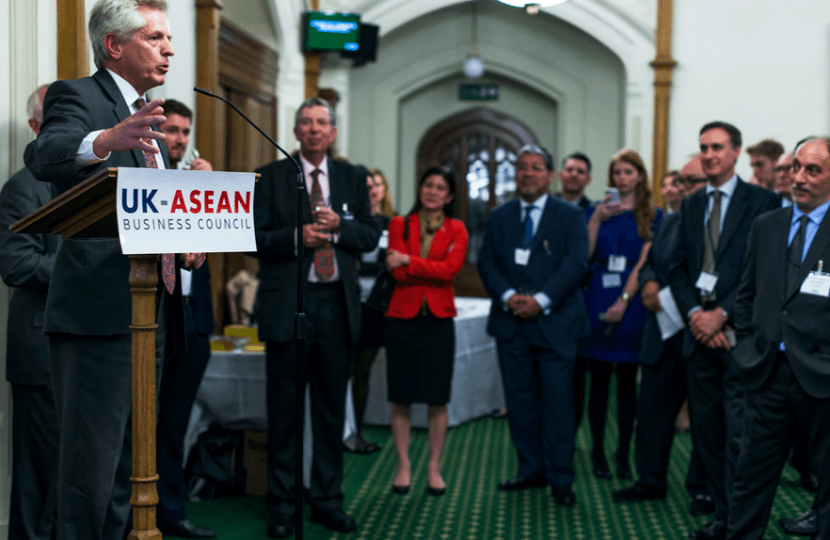 It is a conundrum for all of us involved.

Despite huge efforts by David Cameron’s government – large trade missions led by him as PM and other senior ministers, innovations like Trade Envoys, the hugely successful GREAT campaign, training funding for an enormous increase of apprentices, money invested in hi tech sectors like aerospace, Growth Fund awards locally, reductions in corporate tax and tax breaks for business on R&D and capital allowances – our productivity has not increased and exports aren’t growing fast enough to cover our appetite for foreign goods: and our trade deficit has recently widened again.

Prime Minister Theresa May will want to see our exports grow, but we now also have the new challenge of re-negotiating our trade relations with Europe, destination for 44% of our exports. Tough times ahead?

I see the situation like the two Chinese characters for crisis: wei ji or ‘danger opportunity’. On the one hand we need to protect crucial exports to the EU like our cars, aerospace, whisky and services, which might otherwise suffer: and on the other we need to be nimble and seize the opportunity of no longer outsourcing our trade deals to a third party.

That requires increasing the numbers of our trade negotiators, opening informal dialogue now with close Commonwealth and Growth Market allies on the potential for bilateral deals and adopting a more entrepreneurial approach across business and government. Ministers can again lead on the trade diplomacy the FCO was once famous for, armed with cyber, fin tech and creative media expertise: more Trade Envoys could be recruited to support relationships in key markets and our beefed up Prosperity Fund deployed in markets most willing to expand bilateral trade.

Already there are encouraging noises in ASEAN, and this region should be one priority, but there are plenty of others. For those frustrated by our inability as EU members to launch wider Commonwealth trade agreements (I created the APPG for the Commonwealth), a mooted Commonwealth Trade Ministers meeting in London early next year and the 2018 CHOGM (in the UK) take on an exciting new dimension. We should start by identifying a coalition of the willing to kick start informal talks.

BIS Secretary Sajid Javid and Trade Minister Mark (Lord) Price, with their business backgrounds, are aware of both the dangers and opportunities, but the machinery of government will need to drop some of its institutional caution and enfranchise Heads of Mission and Trade Envoys to work even more closely with business and get things moving.

Inevitably the government will have to look at the FCO budget, which is slightly lower than the level of fraud in the DWP. There may also be opportunities for DFID to fund (for example) all of the BBC World Service, freeing up more money. I feel there is no time to be lost in expanding our trade diplomacy, for business generates almost 75% of taxation directly and indirectly: our public services depend on our business growth.

The good news is that good business is being done. Last week BP signed off on a giant further $8 billion investment in Indonesian offshore gas – creating 10,000 jobs there and generating long term earnings that support many pensioners here. Likewise the Malaysian investment in the former Battersea Power Station is the biggest single regeneration project of its kind in Europe. Big, bold bilateral projects like these – invariably needing government support – show the way forward, and we must focus as much on seizing the opportunities across the seas as managing the risks closer to home.