Broadband: CityFibre For All 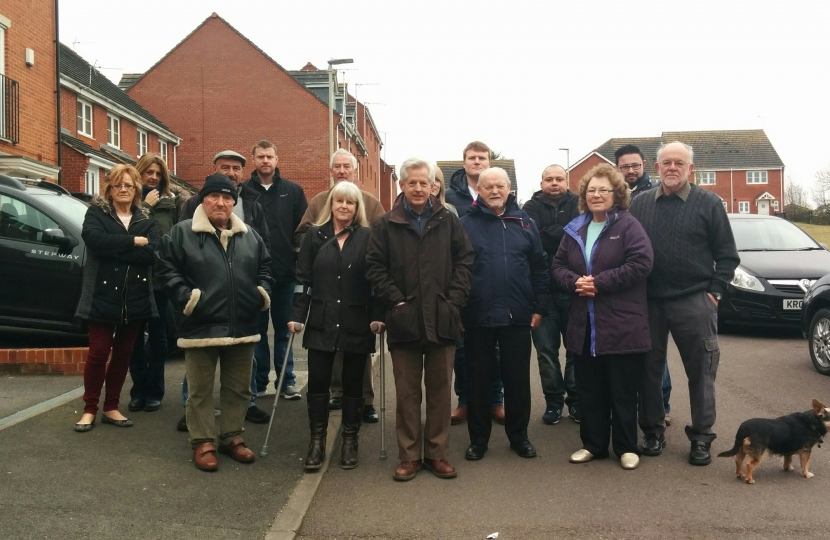 The County Council had already pledged to make sure that every single home in Gloucestershire has access to super-fast broadband by 2020 at the latest with almost £30 million invested already.

Tolsey Gardens residents were connected in June 2017 after Richard ensured they were included in BT upgrade plans. County Councillor Dave Norman and city councillors Steve Morgan and Nigel Hanman said, “Some residents had such painfully slow internet speeds that they couldn’t pay online bills or send emails. For some, working from home was particularly frustrating.”

The new Universal Service Obligation (USO) was recently introduced to give businesses and households the legal right to request a broadband connection with speeds of at least 10 Megabits. Richard welcomed this alongside the second phase of Fastershire, the government funded scheme in the county (to check if your house will benefit check fastershire.com).

Over 10,000 broadband connections in Gloucester are not getting the proposed minimum broadband download speed in the USO. So Richard joined over 57 colleagues from across political parties to co-sign the British Infrastructure Group of MPs’ (BIG) latest report, ‘Broadband 2.0’ .

It's important that all of our broadband black spots are connected as soon as possible. I raised my concerns about new developments in particular with the Minister.