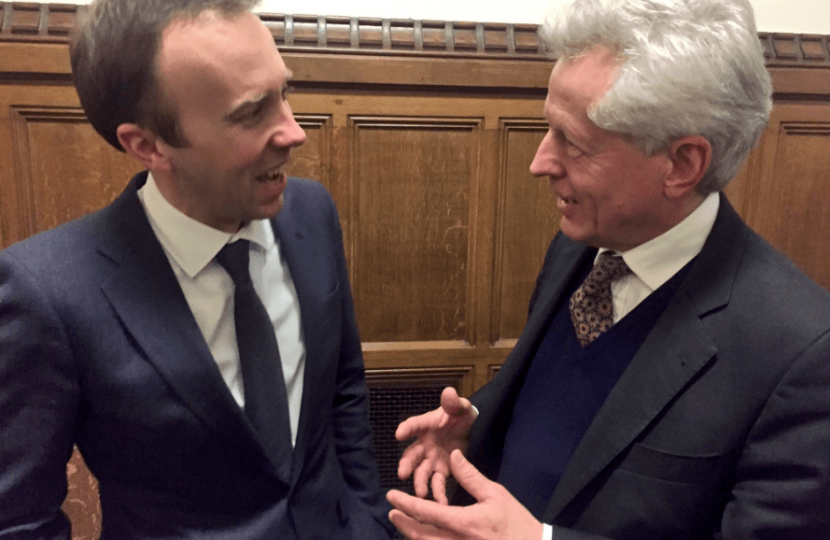 Richard said, “many of my constituents have raised concerns about their broadband speed. Where I can help them to find a solution with providers I have done, but there needed to be a big shake up in the way that we handled broadband in this country to see faster progress. By separating Openreach, which handles the broadband infrastructure like the cables and cabinets, from BT, which provides the service, I think we are moving in the right direction to allow for more competition, better innovation and better service for my constituents.”

Richard has been working with BT and constituents to help those areas of Gloucester that have little to no broadband service. The Government is committed to a Universal Service Obligation (USO), so every home in the country will have access to broadband at a speed of 10Mbps as a minimum by the end of this Parliament.

Openreach is the part of BT Group that develops and maintains the UK’s main telecoms network used by telephone and broadband providers such as Sky, TalkTalk, Vodafone and BT Consumer. Openreach has obligations to offer the same products to all customers on the same terms.

Ofcom introduced this structure in 2005, and it has delivered benefits such as stronger competition. However, BT retains influence over significant Openreach decisions, and, in the view of Ofcom, has an incentive to make these decisions in the interests of its own retail businesses, rather than BT’s competitors.

In February 2016, Ofcom said that Openreach must become more independent from BT, and in July 2016 outlined proposals for how this might work. In November 2016 Ofcom ordered BT to separate legally from its Openreach division.