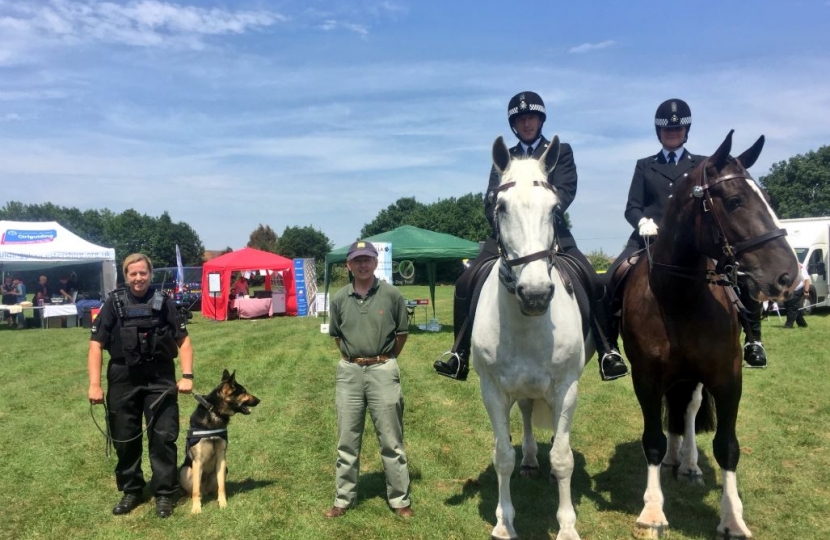 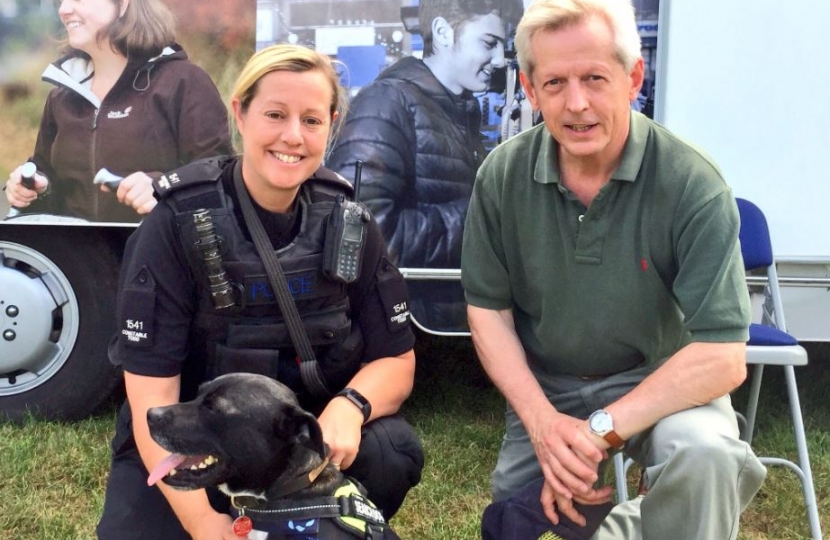 Gloucester MP Richard Graham has said that the dogs and horses serving our police around the country are “much more than Police property - they’re partners in catching burglars, detecting drugs and helping to save lives. In turn these brave animals deserve better protection from abuse and violence - and that’s why I support Finn’s Law to make that happen.”

Finn’s Law is a proposed Bill to increase protection for service animals including police dogs and horses that Conservative MP Sir Oliver Heald has brought forward.

Richard joined Gloucestershire Constabulary dog handlers and the mounted unit last weekend at the Cadet Tattoo in Quedgeley to show his support. He said, “PC Claire Todd told me how important this was to help ensure her dogs PD Stella and PD Quest in the line of duty and the mounted unit with Police Horses Boris and Teddington had the same views. We know it won’t stop everyone being violent, but it will deter some - and any sentences imposed will have their impact too. Serving animals should be better protected as a result.”

Gloucestershire's Chief Constable Rod Hansen, who is also the national lead for police dogs and mounted policing, said: "Our service animals are very important in policing and therefore as a Constabulary we support Finn's Law in trying to help protect them in their duties. Our Police and Crime plan has a commitment to 'a compassionate approach' and ensuring we look after our own animals is part of that. I believe that appropriate legislation and sanction is needed but that is a matter for Members of Parliament and of course the courts to guide us accordingly."

Richard said the Animal Welfare (Service Animals) Bill will be read for the second time in Parliament tomorrow (Friday 6th July) and will go forward as it now has government support.

The Bill relates to the campaign named after Police Dog Finn who was stabbed whilst pursuing a suspect with his handler PC David Wardell. The Bill will remove a section of the current law where a defendant accused of causing unnecessary suffering to an animal can claim they were protecting themselves and justified in using physical force against a service animal.

This has been one of my priorities since I became the MP for Gloucester in 2010. I've campaigned to double the maximum sentence for stalking and increase the maximum stake on gambling machines, alongside other projects.