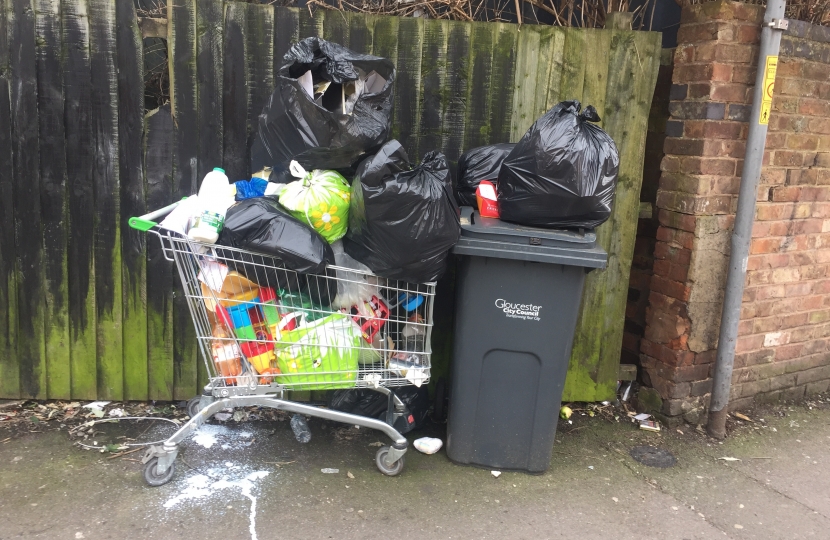 Richard Graham MP has warned fly-tippers that new powers announced by the government will help to tackle illegal dumping. Waste crime costs the English economy more than £600 million in 2015 including clean-up costs. The Environment Agency (EA) will have new powers from the Spring to block access to problem waste sites to prevent waste from illegally building up after more than 850 illegal waste sites were found by the EA in 2016-17.

The government has also launched a new consultation on tackling crime in the waste sector. The consultation covers the option of introducing fines rather than needing court proceedings for fly tippers, raising awareness among householders about what counts as illegal waste and reviewing waste permits. The consultation also aims to tackle household waste which makes up nearly two thirds of fly tipped waste by proposing Fixed Penalty Notices for households caught fly tipping.

Richard said, “these new powers should help us to tackle fly tipping which costs taxpayers money to sort out but also is horrible for anyone living or working nearby. I urge anyone who’s been affected by fly tipping and believes that fines should be introduced to respond to the consultation. I want us to send a strong message – sort out your own waste, and if you dump it illegally in our city you will be caught.”

Environment Minister Therese Coffey said, “Waste crime and fly-tipping blight our communities and spoil our countryside, and we need determined action to tackle it. These new powers for the Environment Agency will curb the rise of waste sites that continue to operate outside the law. But we must all take responsibility for our waste to make sure it does not end up in the hands of criminals who will wilfully dump it. Our new consultation looks more widely at the waste sector and we are keen to hear from industry and the public how we can improve performance, tackle illegality and protect our precious environment.”

The consultation is open until the 26 March 2018: https://consult.defra.gov.uk/waste/crime-and-poor-performance-in-the-waste-sector/