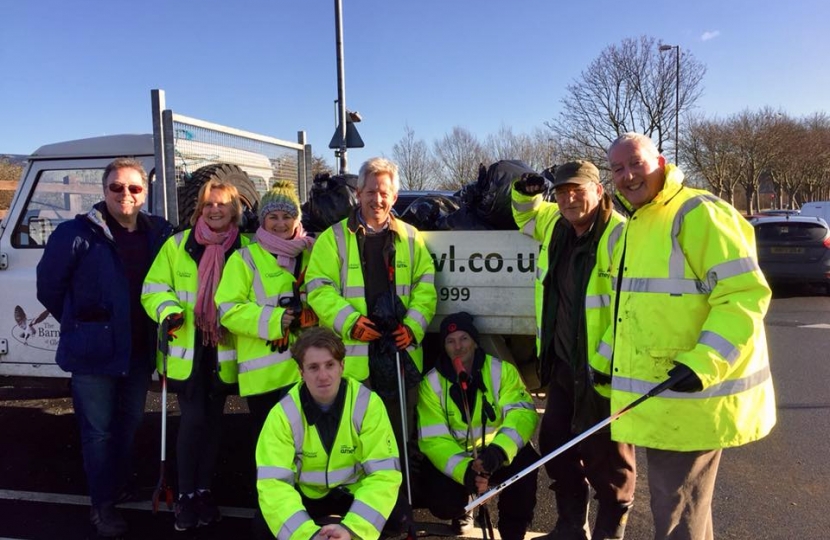 Richard said, “local and national support to cut waste in general and plastic waste in particular, and increase recycling is growing fast. The government has introduced a consultation on a deposit return scheme and I support that - but there must be no doubt about the direction: we need such a scheme to prevent 3 billion plastic bottles a year being burnt or going into landfill.”

The MP noted similar schemes already operate in Denmark, Sweden and Germany, with a refundable deposit when the container is returned. An alternative is a cash reward for returning drinks containers without an upfront deposit through ‘reverse vending machines’, where plastic or glass bottles are inserted and the machine returns money. Businesses are then responsible for the recycling – which has led to a 97% recycling rate in Germany.

Richard said, “under Michael Gove the government has banned plastic microbeads and this follows the successful plastic bag charge. This is the next step, alongside a move which I’m championing in Gloucester to encourage all food and beverage outlets to allow visitors to refill their water bottles for free. The city council is showing leadership on their use of plastics, and I hope that these government initiatives will lead to less plastic waste, more recycling and less landfill - and a cleaner city and country. We cannot just leave this to the next generation.”