Working together for a Greener Gloucester 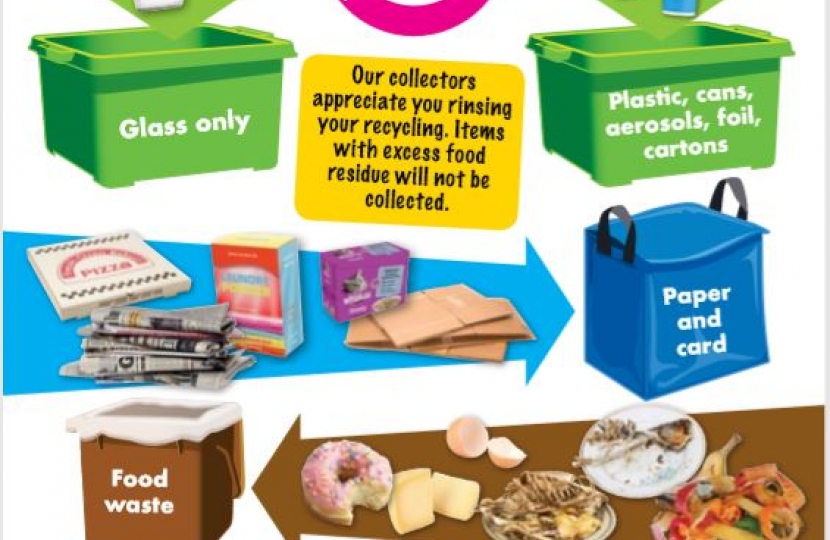 Had he been around, I suspect Sir Humphrey would have said something similar when our City Council introduced a new system for recycling and waste collection in Gloucester at the beginning of January.

For the combination of vast amounts of post Christmas recycling and waste space, plus new collection days to avoid public holidays and new instructions on what to recycle in which bin was, in retrospect, an ambitious goal in the first week of January.

But the intentions of the changes introduced by new Council Leader Richard Cook are very worthwhile. They will help continue to increase our volume of recycling (which has risen from 4% in 2006 to 47% in 2019), increasing the value of our recycling (by avoiding broken glass in paper and cardboard) and increasing the revenue gained from the sale of recycling by an anticipated £20,000 per month.

So why has it proved unpopular with some? We've got accustomed to putting all our recycling in one green box, our cardboard in one blue bag, and our residual (i.e. non recyclable) waste in a black bag and black bin. Some also use a brown box for food waste. The new approach requires further separation - glass in one green box / non glass in another - which means for most of us asking for another green box, and using more space (already cramped on terraced streets) for all the different containers.

Some residents therefore need help: and councillors, the council recycling team and their contractor have to support them through the transition to take our recycling rate over 50%. So if you need another box or blue sack, please do email hth2@gloucester.gov.uk and copy your councillor (if unsure who that is, do search on the council website http://democracy.gloucester.gov.uk/mgFindMember.aspx and enter your postcode). If that doesn't work, do email me on this address.

I believe most residents agree we need to make this new process work to improve our recycling. It's one of several initiatives including the tree planting that Cllr Richard Cook is leading (c200 new trees planted in Westgate and by Saintbridge Pond in the last week alone), working with community groups, and our shared aim for a new Eco Park and green energy production in Hempsted (see my e news in November: I hope to update this before long).

So although Sir Humphrey may have raised an eyebrow at the ambitious timing, I suspect he would have approved of the ambition itself. Recycling, like litter picking, is something all of us have to be involved in. If we get it wrong the recycling chain breaks down, which damages the whole point of recycling. And financially, an extra £240k a year from additional recycling sales means more for other valuable services.

As each week goes by there seems to be fewer problems and more understanding of the new process, and I hope that continues. If we can make this work successfully together it will be one important part of a Greener Gloucester.

P.S What more you think we could do to make our city greener? The more good ideas sent in the better...

Richard Graham MP welcomes announcements made by the Chancellor of the Exchequer in the March 2020 Budget.