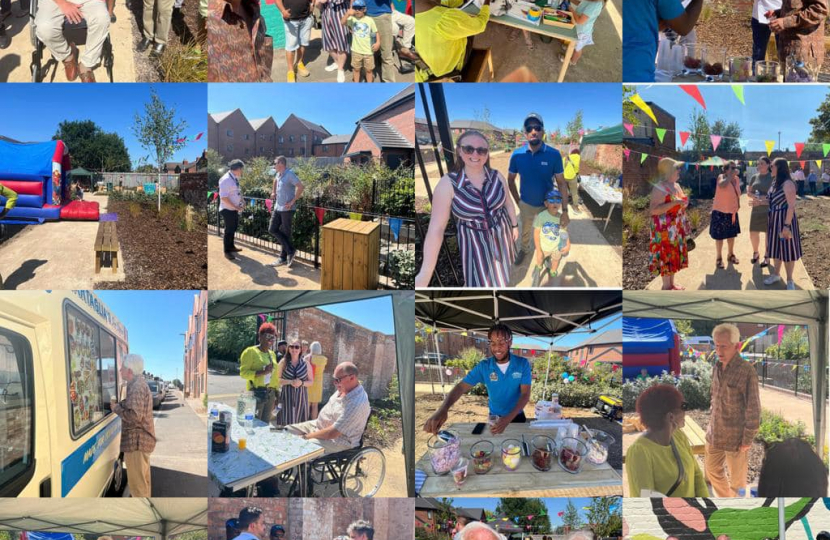 For those who remember the abandoned Norville specs factory on Hatherley Road in Tredworth of a generation ago, followed by an arson attack a decade ago - leaving a half burnt down crumbling mess of red brick – it’s now a new community garden. 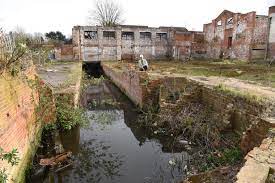 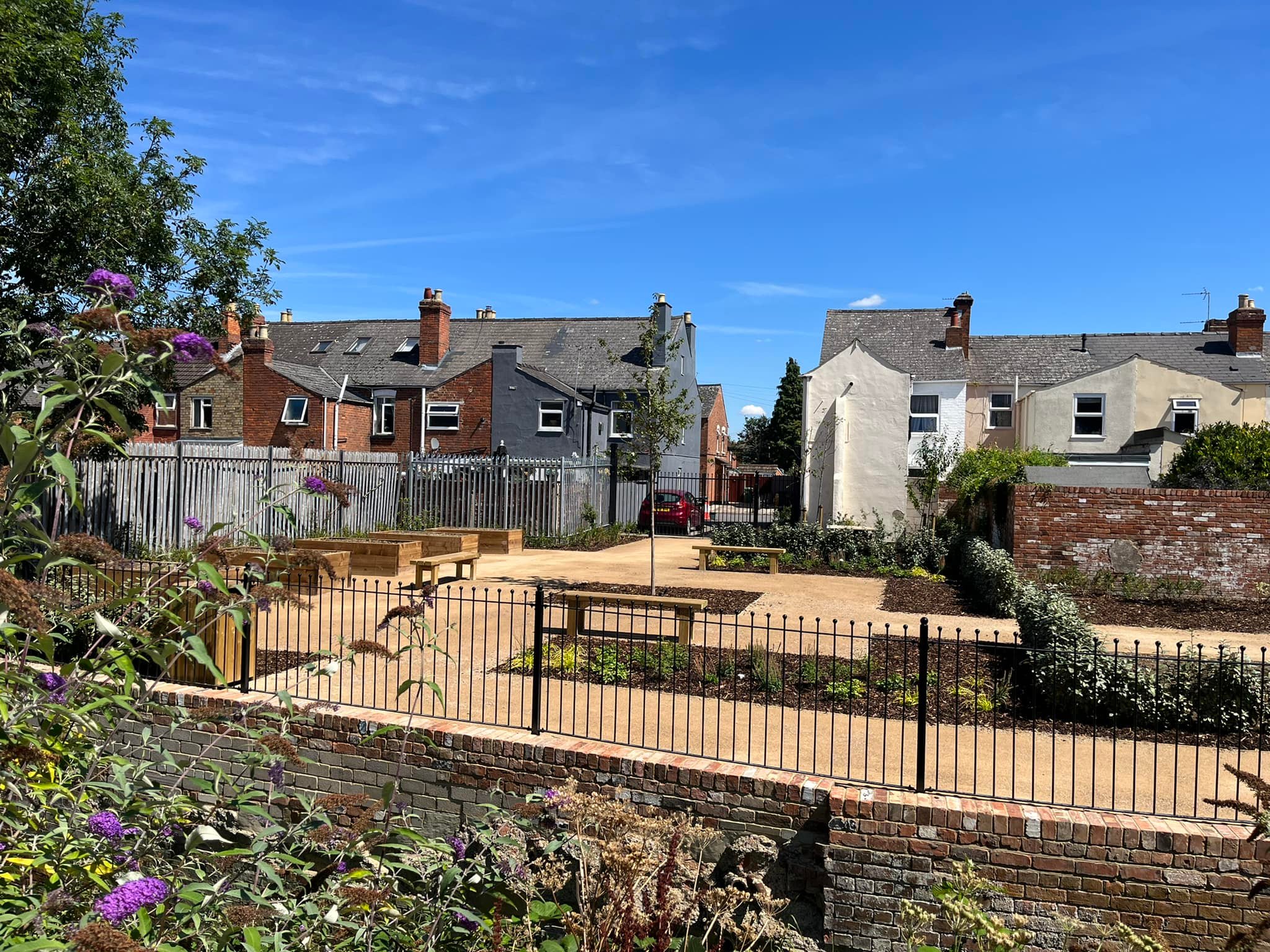 What is now the garden - on the other side of the Sudbrook - hasn’t been open to the public for at least 100 years, and it could have stayed unused and unloved for decades more.

The modern part of the journey started with me encouraging Frank Norville to put the site to good use and him reaching an agreement with Markey for housing. Then Rooftop Housing Association came in and now own and manage the site, having completed a development on a difficult sloping site that provides badly needed social housing. 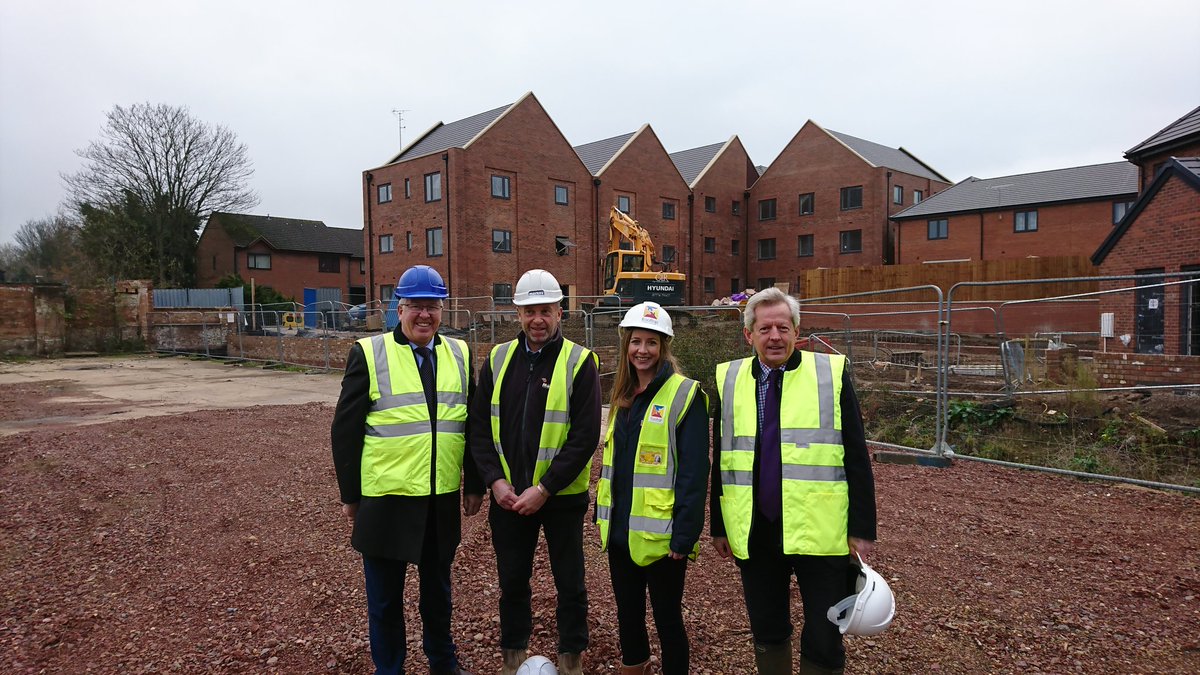 Since I first saw the site I saw the potential for a garden there. Barton & Tredworth has the least green space of any ward in Gloucester so there was definitely a need for more, but dreams are one thing and realising them another.  I was keen to reclaim this area and see something green and attractive created for residents and their children.

Luckily in Boris Worrall, Rooftop has a CEO who sees the benefit of great community work in a city where they already work in close partnership with Gloucester City Council. So when both these partners were convinced by my Chief of Staff Jennie Watkins of the merits of investing in something special, and encouraged by a visit from then Environment Minister Rebecca Pow, we had the beginnings of the right ingredients for success.

Then County Councillor Saj Patel contributed from the County Council’s Build Back Better Fund, Markey's who went the extra mile on the building elements, garden design from Andre at BM3 Architects, survey help, planning approval, and lots of site visits by Andy and David from Rooftop.

Last of the ingredients Jennie arranged a call for artists run by the Gloucester Culture Trust for murals. Julie and Sam’s brilliant design by the entrance on Hatherley Rd won and marks a symbolically cheerful change from the bolted door of the past. My Senior Researcher Dan and I then did a clean-up of the brook a few days before. Dan’s film of this is here: https://fb.watch/e-qSR7DBlT/ 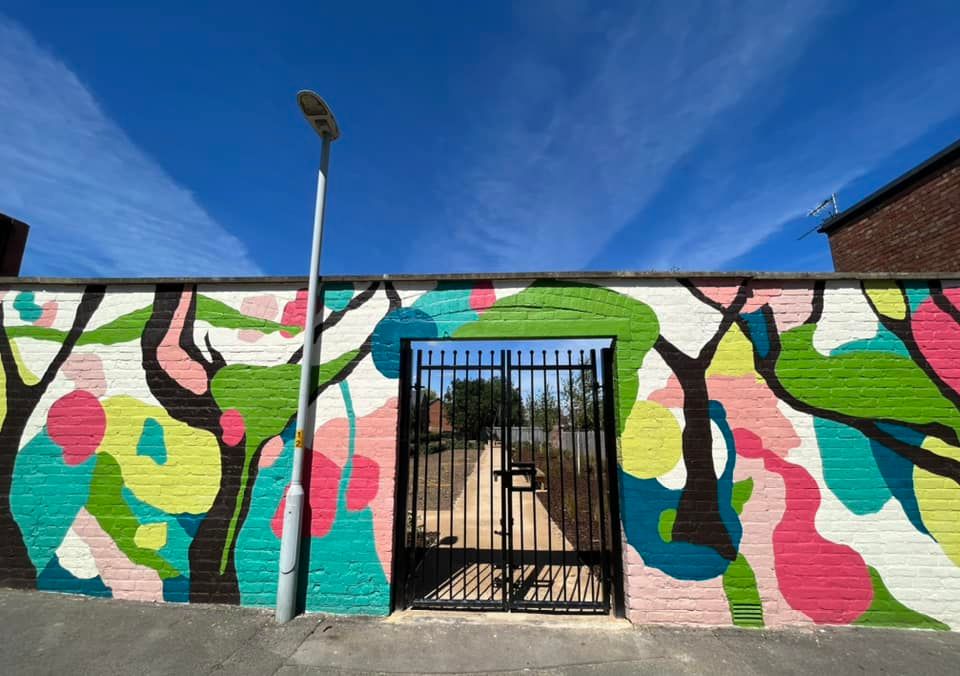 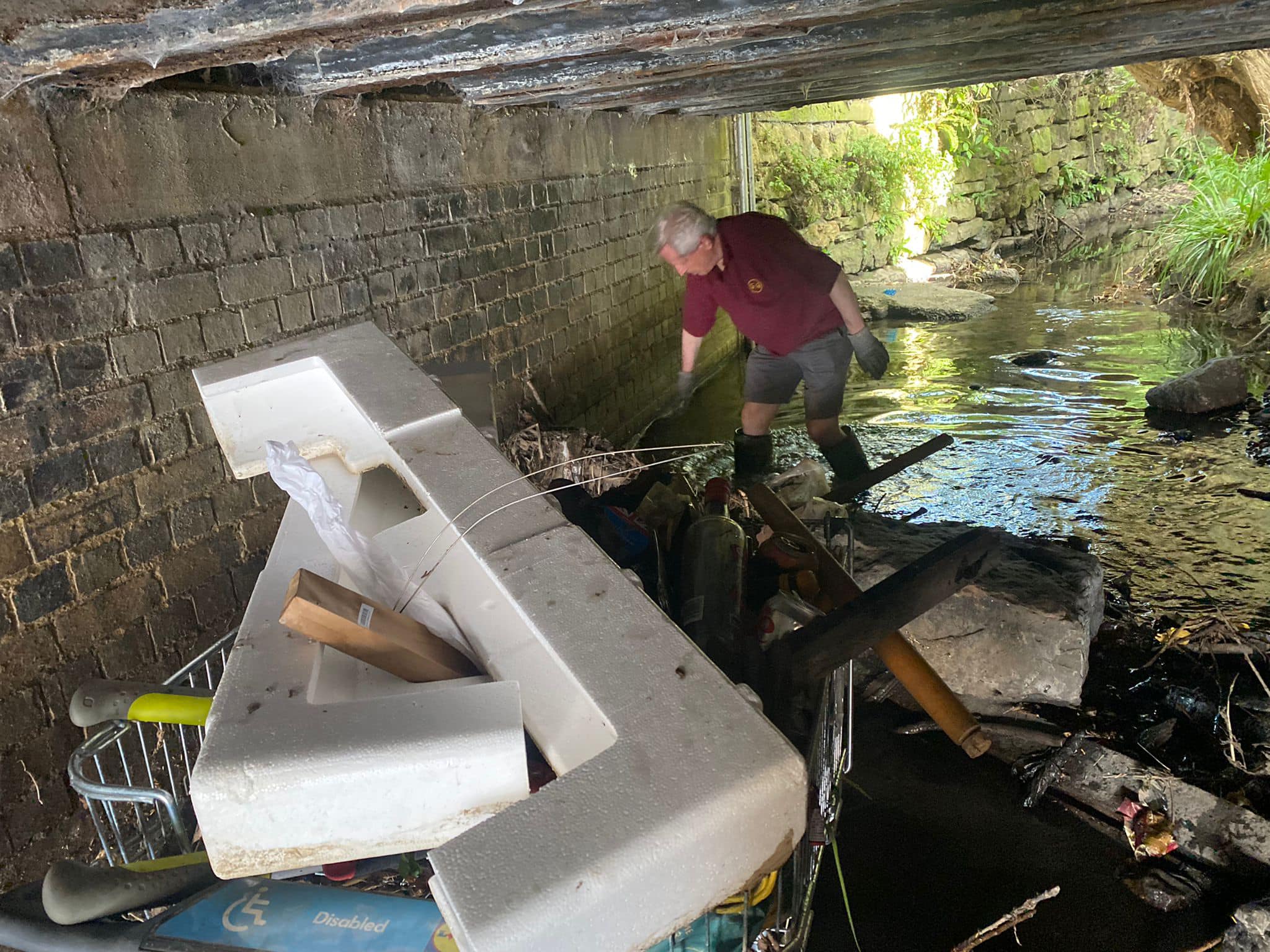 The icing on the opening cake was provided by Tony Farmer of the B&W Group in Brunswick Rd. He funded the opening, the gazebos, bouncy castle, drinks and ice creams. Why? Well he started life close to the Sudbrook and wanted to put back into his community. (Also true I once found and returned his wallet, but that’s another story). 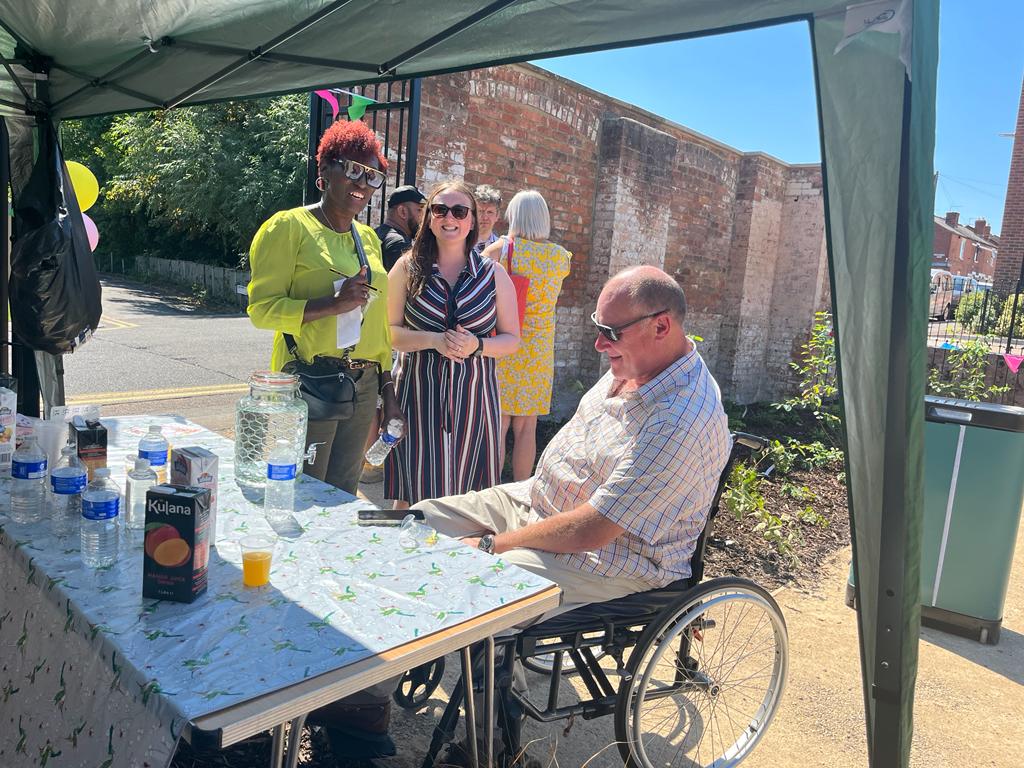 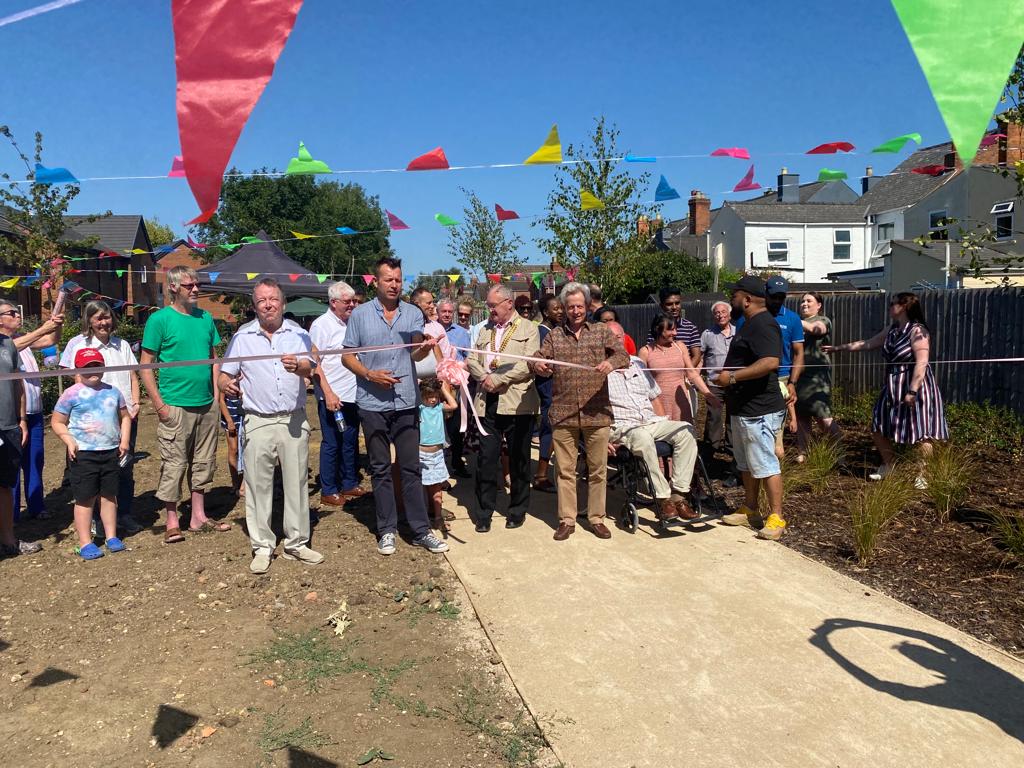 Tony Farmer of Black & White Group, sponsors of the opening and community gathered for ribbon cutting

Tony added a bit of class to our opening, and we invited lots of near by residents to join all the partners.

So to everyone who has made the creation and opening of the Sudbrook Community Garden space possible- a big thank you. 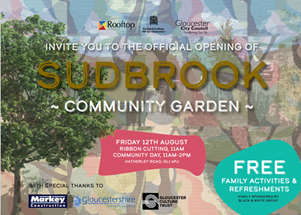 It’s a big deal precisely because it’s small and community focused. This isn’t funded by some great big government bid: but by several partners coming together - co-ordinated by my office, supported by the City Council, Rooftop, and the two local councillors Saj Patel and Shams Zaman Litu. Residents reactions? Like the Mock Mayor of Barton, Hash Norat, they love it- and hope that a few troublemakers don’t spoil this new asset for the many.

When the planting is finished and grown, and the local community have decided how best to make best use of the garden for eg children’s birthday parties, the Sudbrook Community Garden will be even better.

Of course there will be questions - eg ASB. There are extra steps on security to consider and fly tipping (especially in the brook) to resolve.

Keeping the garden a happy place for families will require effort and ongoing commitment - but this is a well overlooked and easily monitored site, not a good place for trouble makers and law breakers.

In life we all travel with optimism, and I’m convinced that Sudbrook Community Garden is good in its own right for residents near by, good for Tredworth as an increase of green space and good for Gloucester because it shows the MP, Council and Rooftop do not ignore any part of the City. In fact I believe this is as good as a micro example of what a grizzly Brownfield site can be turned into as can be found anywhere in the Country. I love it when Gloucester delivers positive surprises.

PS do let me know your reactions and thoughts!