It’s been widely publicised that the way in which exam results this year were to be calculated has been changed.

But why was a change needed, and what does it mean for pupils, schools & universities?

Is it all a ‘shambles’, or just an honest effort to prevent grade inflation that came unstuck on an algorithm, and a necessary U-turn before GCSE results come out?

Here’s my attempt to untangle the situation in simple Q & A format:

What was and is the problem?

How to decide A level and GCSE results in a year when the pandemic prevented exams being taken in the usual way.

How did government set up a new results system?

By asking the (independent) exam authority Ofqual to come up with a solution: and holding a consultation to respond to its suggestions.

What did it propose?

What was the response to the consultation?

There was widespread agreement between educational experts, Heads, Unions, commentators and politicians alike this was the right thing to do.

As Angela Rayner (then Shadow Education Secretary) said in April: “we have always said predicted grades are not always accurate and can disproportionately affect the children who need the most support.”

What about the devolved administrations in Wales, Scotland and Northern Ireland?

Exactly the same approach. Everyone agreed there had to be a way of moderating predicted grades.

So what happened in practice?

The Ofqual algorithm, for reasons still argued about, downgraded 40% of pupils’ grades: in some cases by 2 grades which understandably caused considerable anger and a situation too big for their appeals system to cope with.

Did the government know about this in advance and how did it react when the results came out?

No. From what I understand Ofqual had kept the results produced by the algorithm to themselves until just before results were announced.

The government’s first reaction was to say there would be a ‘triple lock’ on results: pupils would get the highest of predicted grades, mock results and the algorithm (or moderated) result.

What happened to that?

It needed a successful appeals system. But when Ofqual announced they were going to change the appeals system the government decided it was time to simplify the whole results system.

Effectively they made the judgement that the risk of grade inflation was a lesser problem than multiple appeals, overwhelmed schools and missed university places.

What was the problem with the algorithm: did it favour small cohorts and therefore private schools?

I think it’s true there were fewer (or no) downgrades for small cohorts. The accusation is that this favoured some private & grammar schools over large state schools, although I know of pupils from grammar schools in Gloucester who’ve been (negatively) affected too.

I’m sure the Education Select Committee will look at the algorithm and why it couldn’t deliver in detail in due course.

I’ve been working with Greenshaw (and Holmleigh Park in particular) on this point since June. The Schools Minister at my request raised it with Ofqual who at first said it wasn’t possible to build that into their algorithm (they couldn’t work out a precise ‘factor’), but later did say that would be considered in appeals where there was evidence of real improvement at a school.

In any event now Greenshaw (Holmleigh Park, Henley Bank and Gloucester Academy) pupils will get the results, like others, that they were predicted to get. 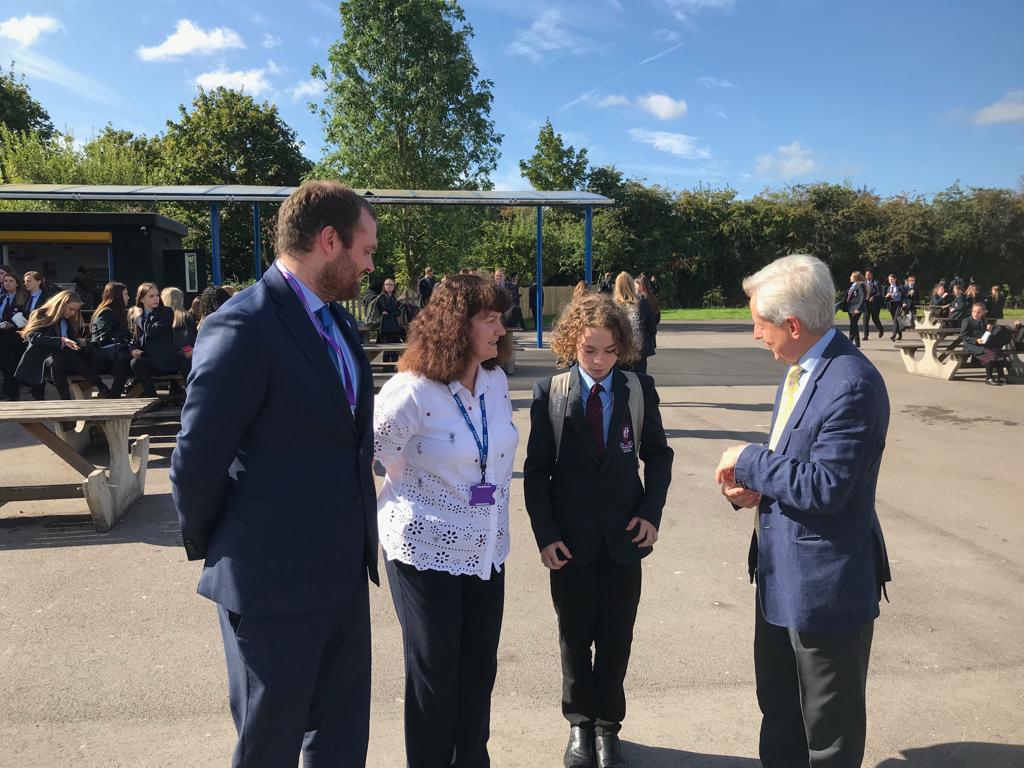 How have university choices been affected?

88% of students got their University places on results day: that system worked well. Universities this year have taken both a record number of 18 year olds and a record number from disadvantaged backgrounds than ever before, with the government expanding university quotas (of student numbers).

But there may be some students who have missed out at universities who have already filled all their places and cannot offer more even where the re-graded results meet their requirements. So I’ve said that any candidate in Gloucester who has lost a place in that way should contact me as well as their school as soon as possible.

How does this affect GCSE results?

GCSE pupils will get teacher predicted grades which will be announced tomorrow: so there should be no arguments.

What about technical and vocational qualifications affected?

BTEC and other vocational results are scored differently, because of the accumulation of course work. For example, Pearson (who award BTEC results) have said that “BTECs were not subject to the same statistical moderation as A levels.” They described the process as adding the many Units already assessed to internal assessment units not completed and predicted grades for them; these then together make up the final qualification grade.

There may be some issues for Colleges on other qualifications and I will be in touch with Gloucestershire College to understand more next week.

Isn’t this a shambles?

Ofqual’s approach was widely agreed, because of the risk of grade inflation. New Shadow Education Secretary Kate Green said earlier in August that: "...predicted grades already create significant challenges for disadvantaged students, and without fair standardisation and appeals many more students could be unfairly affected by calculated grades."

But in the event the Ofqual algorithm couldn’t deliver on that. As Education Secretary Gavin Williamson put it, “the process of allocating grades has resulted in more significant inconsistencies than can be resolved through an appeals process.”

He therefore did a U-turn, apologising for the ‘incorrect burden’ on teachers, the ‘uncertainty and anxiety for parents and pupils’ and distress for many: and announced that predicted grades alone would be the result (unless the algorithm result was higher).

How did the algorithm used by the Welsh administration work?

It had very similar challenges. The Welsh algorithm downgraded 42% of predicted results.

All the devolved administrations struggled: the SNP did the first U-turn: all, like England, have had to abandon moderated grades except where they give better results than predicted grades

How great will grade inflation be?

We won’t know until all the changes are complete and analysis done. But I believe that 38% of predicted grades were at A* or A, which seems unusually high. There may be an issue of fairness for next year’s cohort if the 2020 results are very different.

How will Universities adapt to e.g. questions of social distancing with increased student numbers?

The Universities minister Michelle Donelan has announced a new Higher Education Taskforce to tackle issues of capacity, safety and the details (e.g. medical and vet places at universities). There will be challenges for universities and we’ll have to see how all adapt.

What are the lessons?

One key one is whether the collective body of education trusts Ofqual and its leaders. Neither the Chair or the CEO have educational backgrounds, which may not matter in normal times but could be an obstacle now.

A bigger question is about whether, since Ministers are ultimately responsible for Ofqual, they should have some control over them i.e. whether Ofqual’s independence is right.

And of course there will be questions about ministerial decisions. For what it’s worth I think the decision eventually made was, under the circumstances, the least worst option. Whether it could or should have been made earlier others (no doubt the Select Committee in particular) will ask.

The expansion of university places is helpful to this generation of school leavers: getting the right skills is going to be key in a tight job market.

For many though apprenticeships are a better solution, and the government will need to make sure its incentives to employers and its use of the Apprenticeship Levy maximises opportunities for supply chains and new apprenticeships, given the damage to many corporate balance sheets.

These are things that I’m pushing for with government.

What’s your advice to young or old job seekers?

Register on the Glos Lift Off website www.glosliftoff.co.uk to get more info about our Gloucestershire Jobs Skills & Apprenticeships Lift Off event on 11 September - physical and digital - with interviews, discussions, videos, advice and opportunities coming up online and on the day. More here soon...

PS I hope this is helpful for any family with young people doing A levels or GCSEs: do share it with anyone you know in that situation, including grandparents and parents. And do let me know your thoughts by mailing richard.graham.mp@parliament.uk

Update on testing in Gloucester

I’ve been contacted by constituents about testing in Gloucester, and in particular about difficulties with getting appointments at Hempsted Meadows.