Rishi Sunak as PM: a time for humility, integrity and stability 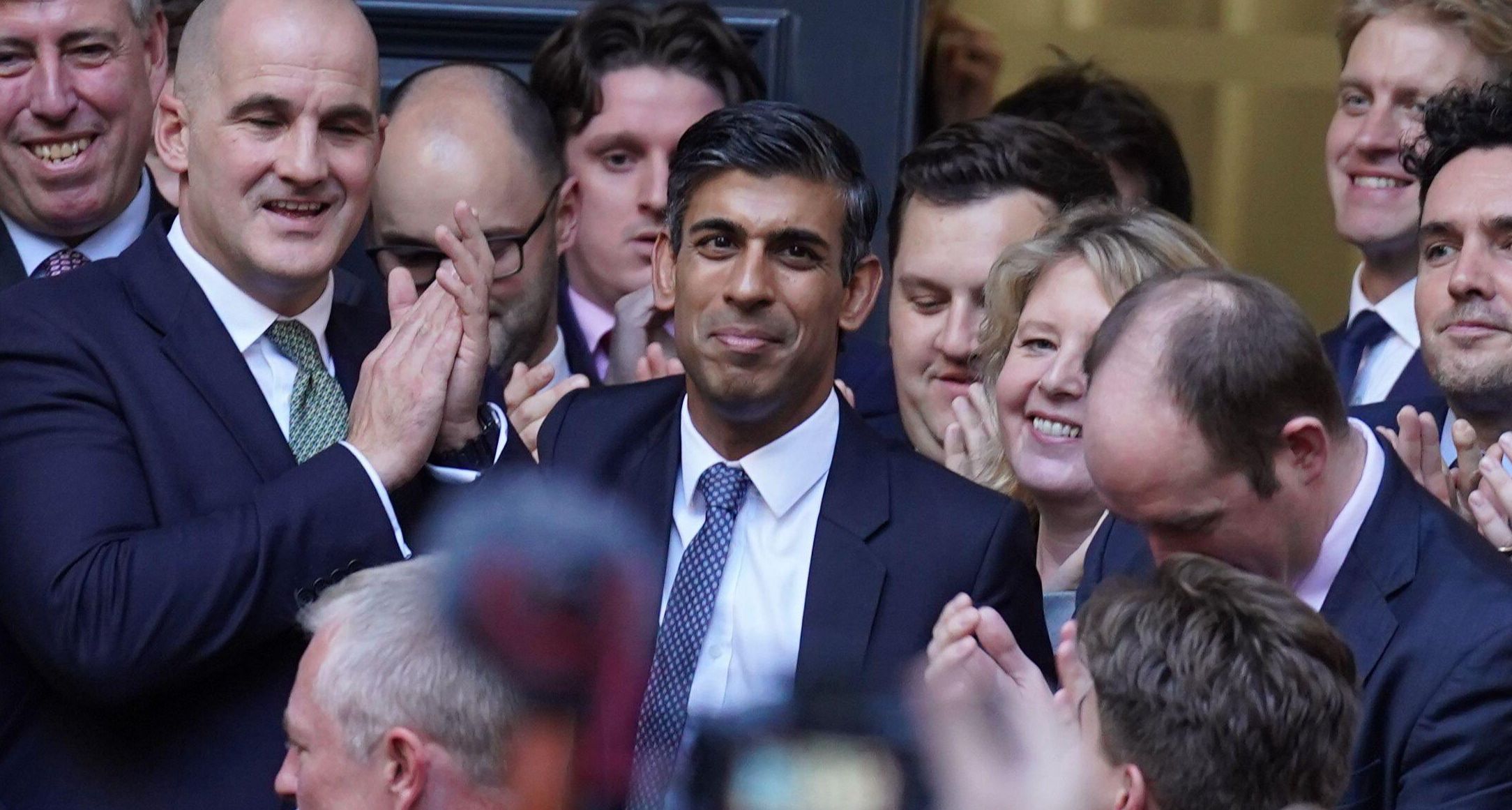 The last few weeks have, frankly, been a very long way from this government’s finest hours. But we have, decisively, sorted that now – with a new leader who also becomes the first Prime Minister of Asian heritage: something irrelevant to those of us in Parliament who nominated Rishi Sunak over the weekend and yesterday – but immensely symbolic and important to our country as a whole.

So I’m sorry to those who wondered what on earth was going on for six weeks, grateful to those of you who’ve held back from bombarding with frustrated e mails and delighted that out of this has come the result and the leader I supported in the Summer, at an even more crucial moment in our story.

Rishi is of yesterday now our new Party leader: and today will become our Prime Minister, exactly on the feast of Diwali, when Hindus celebrate the triumph of light over darkness, and oil lamps are lit to welcome good luck into their lives. We’ll all need a bit of that.

I believe the whole country wanted the leadership issue resolved as quickly as possible, with a reset because of the delicate state of markets and confidence in our currency, credit and investment. As a result of Rishi’s swift victory all the main market indicators ticked in the right direction, including a reduction in mortgage costs. There is a definite Rishi/Jeremy Hunt ‘stability premium’ – but many things move markets, of which domestic economic policy is only one factor. As Jeremy said the other day, however, we can and should get the part we control right. I believe Rishi’s victory is a key element of PM and Chancellor working very closely together with the Bank of England and other bodies like the Office for Budget Responsibility (OBR). The 31st October Budget is the next vital hurdle – and it comes very soon.

So good news, accompanied by a firm commitment from Rishi to govern with humility and integrity. This is the right time to focus pragmatically on what matters most to all of you – including inflation and the cost of living, energy sources, the war in Ukraine and nuclear weapons and much besides. As Rishi said – some formidable challenges, which he and Jeremy Hunt (also masses of crisis management experience) will approach not ideologically, but in order to serve the public and deliver.

What was the process?

We followed the process set by our Party Constitution, which (as I know as an elected member of our board and a member of the backbenchers ‘22 executive) requires two candidates with the most parliamentary support to be put before the party membership. The question was whether, if candidates reached the 100 MP support hurdle, would they do the right thing by the country and not delay things any longer but withdraw, without a party vote. But no-one could demand that; it was entirely at the discretion of the candidates. Of the three candidates who decided to run, Boris Johnson (who did just have 100 nominations) withdrew and Penny Mordaunt did not reach the 100 threshold, and so had to withdraw.

Was this a case of ‘regicide’ MPs turning on Liz Truss as PM and then on Boris Johnson as candidate?

No, absolutely not. Let’s go through what happened. Our previous PM resigned at lunchtime on Thursday, and within 4 hours the '22 Committee/Party Board had agreed a process. No mention of any individual name, and unanimous agreement that the bar on votes had to be set high enough for a maximum of 3 candidates, so that the parliamentary process could be completed in one day, and the Party process by online poll before the end of the week. Everything was set up for this. There was no disagreement from the voluntary reps from around the country.

But because the process was completed in Parliament with one candidate withdrawing and another not making the cut, the party membership element of the process could not be completed, and a decision on our new leader announced by 2pm.

It is important for Liz Truss supporters to know (as the Sunday Times accurately reported) that it was her who summoned '22 Committee Chair Sir Graham Brady on Thursday, to say she thought the game was irretrievably up, not the other way round. And it’s equally important for Boris supporters to know that he withdrew – no-one forced him (or could have forced him) to withdraw. I believe both saw the way the tide had turned, and chose (rightly in my view) not to try and swim against it. In both cases that would have ended unhappily.

Why does the new leader matter?

Ultimately the political leadership of our country matters because of the impact it has on all of our lives, the tone it sets for our country in times of crisis, our international engagement and the key decisions that a PM alone has to make.

Rishi Sunak is someone who believes in persuasion, who listens and who is pragmatic. He believes in the Conservative and Unionist Party as a source of good for the nation: in sound public finances, growth and longer term tax cuts, environmental policies and Net Zero, sorting out our domestic energy security, resolving immigration and workplace issues, in looking after our most vulnerable, in pursuing the advantages of being outside the EU and the importance of our international partnerships. But then so do almost all of us Conservative MPs – and many others. As he said, what has held us back is partly our lack of unity and (in my view) agreement on how best to pursue these goals.

So that is the bit we MPs can all help with, and important decisions will be on us by October 31st. How Rishi carries not just us and his own political party but the country as well is key. There isn’t one golden bullet that will solve our various problems – but quite of blood, sweat and tears at least to start with. In particular we need to show resolve to bring down inflation as soon as possible, restoring confidence for home owners, renters and investors alike.

So does that mean ditching all Liz Truss’s Growth Plan?

No – not all: some of it was inherited from Boris Johnson’s 2019 manifesto of Levelling Up, and I expect to see that emphasis continue. The giant package of support for energy bills for individuals and families at home and offices, schools, charities and businesses that Rishi drew up as Chancellor in the early Summer continues. But after six months it will be fine tuned to make sure that the money gets best spent and that there is an incentive to use less energy especially at peak times. That incentive for change is important, and enables the cost to taxpayers to come down after the end of March 2023, which will also help balance the books.

Then there are the new elements like the Investment Zones and speeded up infrastructure projects, which I think will continue.

Mainly the package of unfunded tax cuts at a time of high inflation and without eg OBR scrutiny confusing markets about the balance between fiscal (Treasury) and monetary (Bank of England) policy. We’ll hear more detail from Chancellor Jeremy Hunt about revised growth targets on the 31st, with OBR forecasts and government spending plans. Even after axing some tax cuts there is a big gap to close.

We should benefit from the proposed county Investment Zone which includes the perimeter of Glos Airport (Staverton) – good for aerospace related businesses to set up there, with more jobs close to Gloucester – and permission to develop a 25 acre farm owned by Gloucester City Council on the edge of the airport. This should give a very valuable capital receipt, to reinvest in Gloucester and complete some important regen and housing projects outside the city centre. Importantly this is something that the county, city, MP and local planning authority (Tewkesbury) all agree on – which is vital to these things moving forward. We should not assume that is necessarily the case elsewhere in the county.

The other significant potential benefit is speeding up progress on the A417 Air Balloon. It’s the second infrastructure project on the list of 134, and this should mean a spade in the ground happens by the end of 2023.

I think this is a big moment for our country, a chance for symbolic and real change, delivered with competence and compassion, and a very different tone. We won’t get everything right, and nor will everyone always agree with us. But if anyone can see us through some difficult storms I believe a Rishi Sunak government can do it.

Let me know your thoughts and reactions to our new PM on richard.graham.mp@parliament.uk 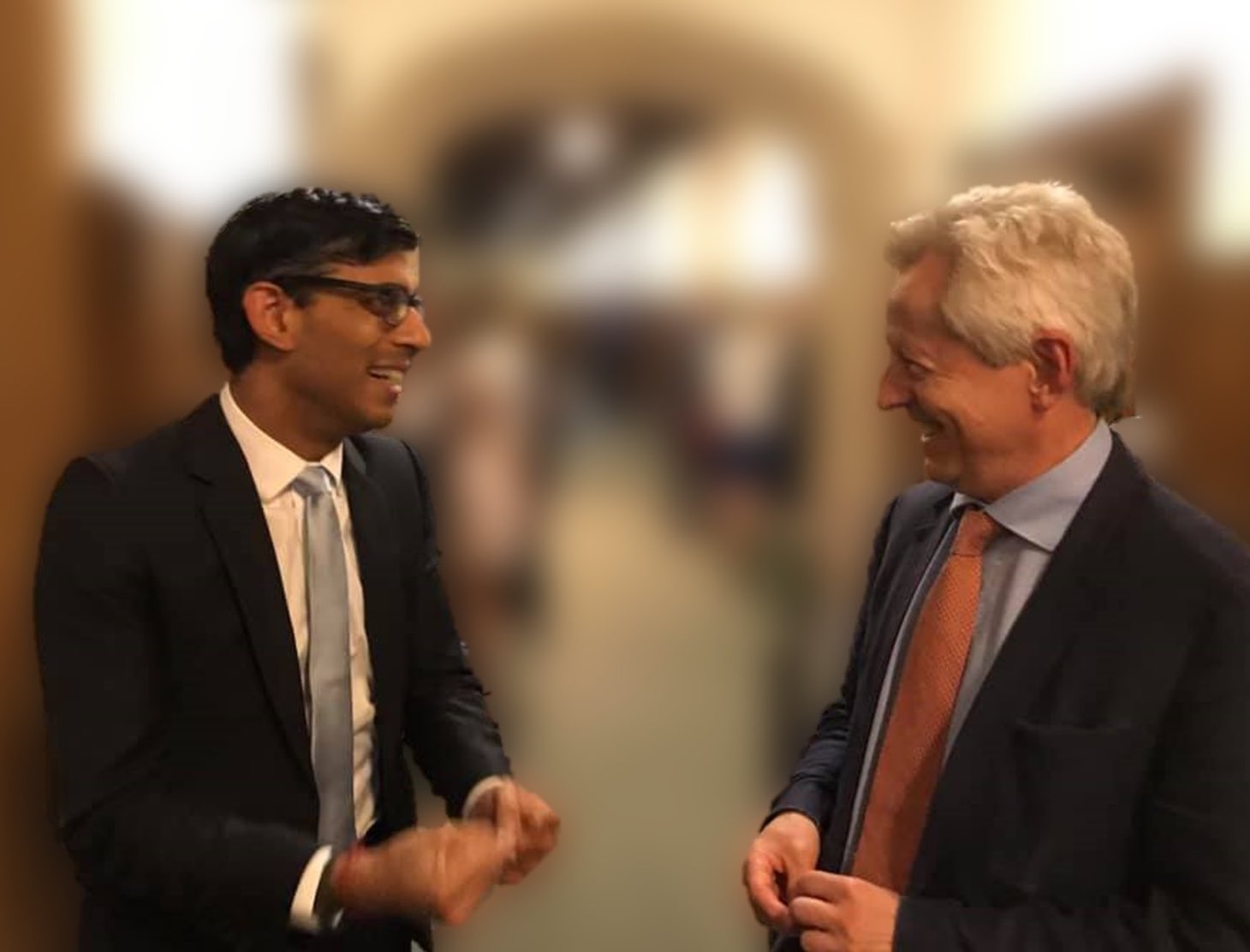