Remembering Our Late Queen In Gloucester And Parliament 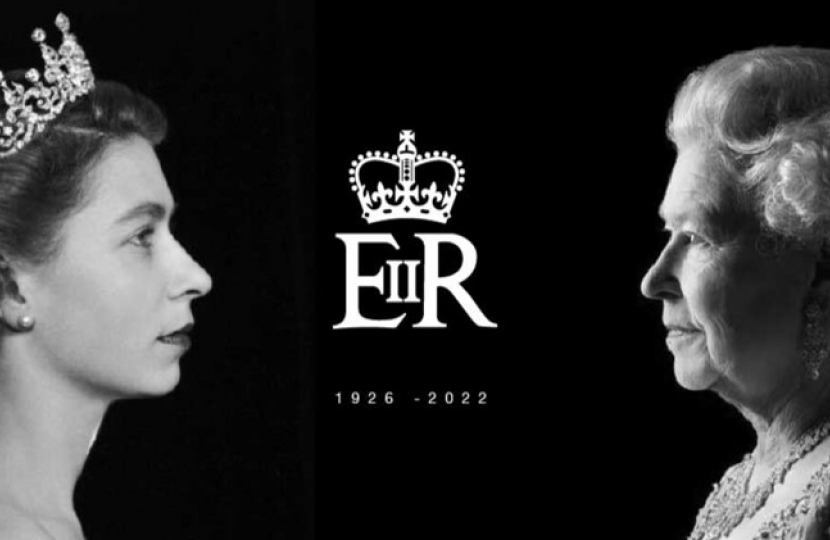 Most of us have only known one monarch in our lifetimes: no-one alive has ever known an Accession Council - and we're all getting used to a National Anthem for a King not a Queen.

The reaction, around the world, to the death of our late Queen has been extraordinary, as these photos show: 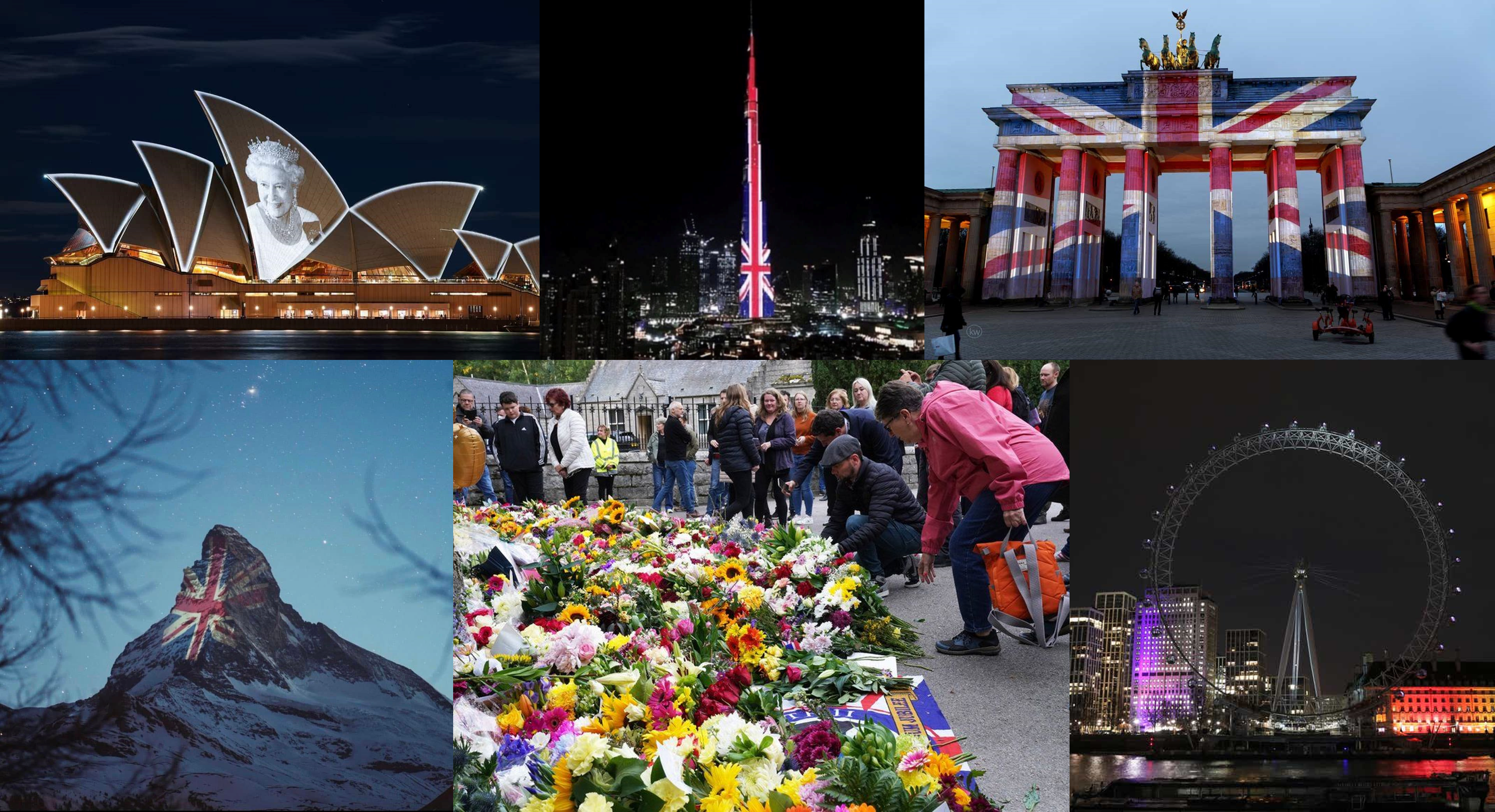 I gave my tribute in Parliament last Friday, on behalf of everyone in Gloucester and some have suggested I share it with all readers. I hope I captured some of your feelings: 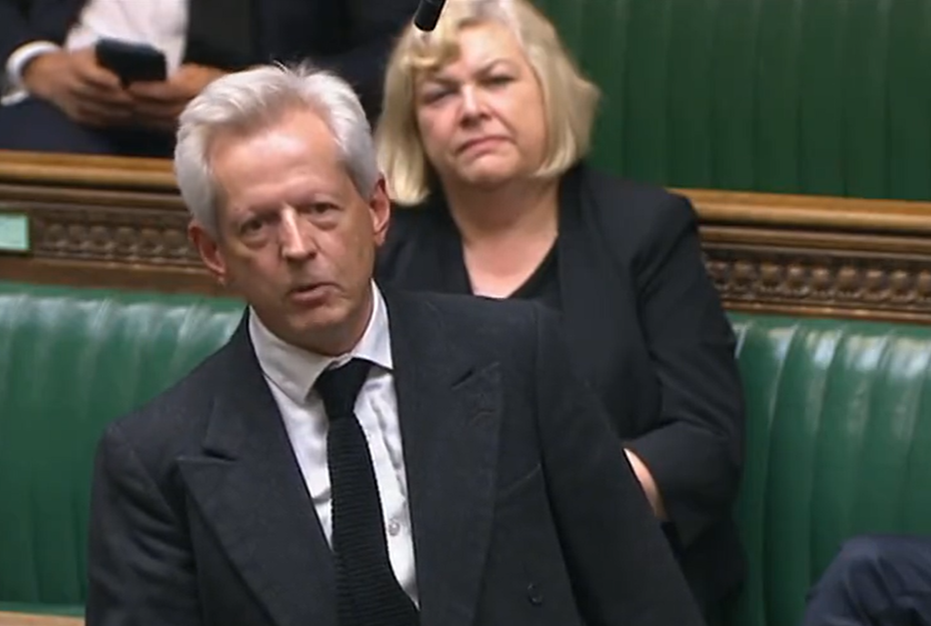 "None of us will ever forget our world’s Queen or her second great Elizabethan age."

"Some wonderful tributes have been given from across the House to a simply amazing woman, our nation’s unshakeable rock in storms, our favourite granny and, above all, our Queen —much loved, and now deeply mourned in Gloucester, across the United Kingdom and abroad.

Her late Majesty touched lives not just in the 14 countries for which she was Head of State, or even the 54 countries that make up the Commonwealth family, but across the world.

On 1 July, I represented Her Majesty’s Government at the inauguration of President Marcos of the Philippines, and passed on congratulations from the world’s longest-serving Head of State to its most recently elected.

The President’s face lit up. He said, “The Queen is amazing. We all watched the platinum jubilee celebrations, and she has set the platinum standard for Heads of State.”

Whatever our individual memories of Her late Majesty—whether of individual meetings, seeing her at visits such as those to Gloucester in 2003 and 2009, or simply watching her smash hits on TV with James Bond and Paddington Bear—he was right: the Queen is the platinum standard; the extraordinary example of leadership through service to which we all aspire.

I offer the royal family my sympathy and that of Gloucester residents. We are all grateful for that extraordinary legacy.

None of us will ever forget our world’s Queen or her second great Elizabethan age.

And, I believe that King Charles’s own long record of service, and his moving speech this evening, should give us all great confidence for the future.

God save the King."

You can watch my tribute here
___

If I had been allowed more time I would have added that our late Queen visited Gloucester several times in her reign:

In 1954 she visited the Wagon Works, that great Gloucester business that made railway and Underground carriages, as well as Churchill tanks and parts of the Mulberry Harbour in WW2.

The Queen visited again the next year, 1955, for the 800th anniversary of our original charter, given by Henry II.

Hundreds of Gloucester school children lined up in Gloucester Park to greet her then, which many recall. 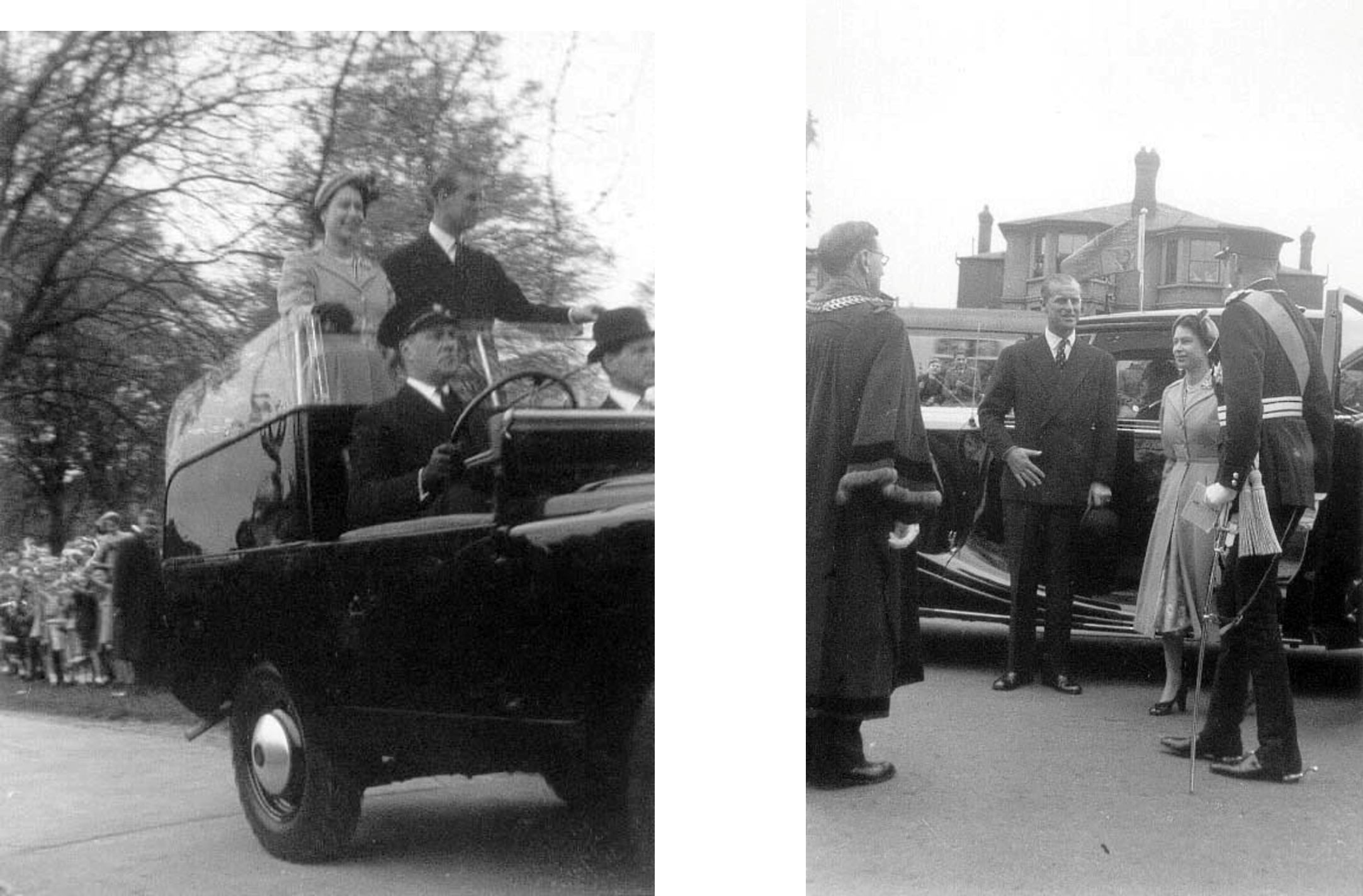 The Queen made an important visit in 1986 to open Widden School in Barton. She met representatives of local communities as well as teachers and pupils, some of whom are now leading figures in Barton and Gloucester.

Her next visit was in 2003 (to distribute maundy money at the Kings School / Cathedral) as many residents, including then Mayor Pam Tracey and Sheriff Paul James, vividly recall.

Pam remembers presenting The Queen with a special copy of Beatrix Potter's Tailor of Gloster, and the Queen remarking that she had read the book to her children. 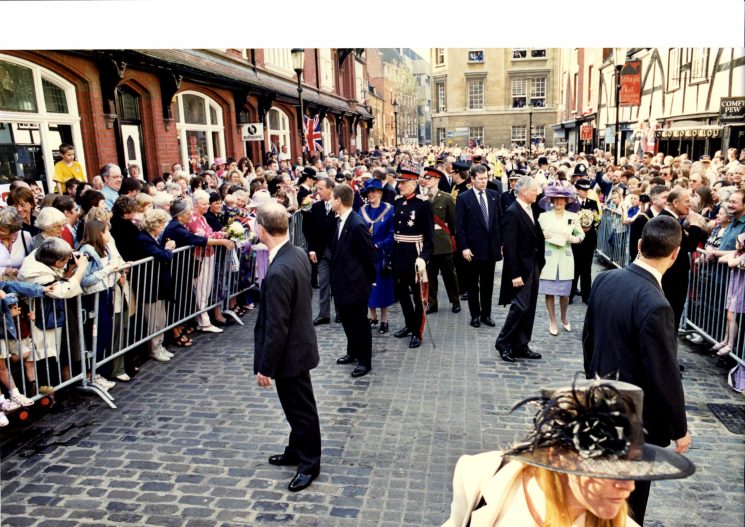 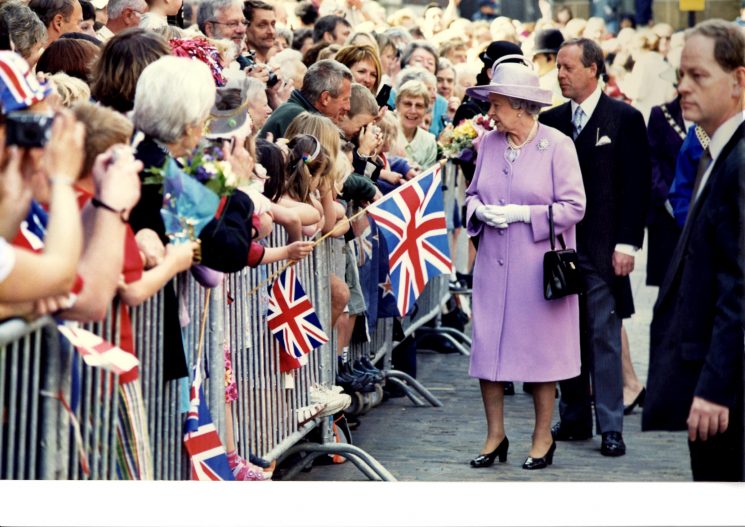 Her last visit was in 2009 to tour the basin and celebrate the regeneration of The Docks. All of us here then recall the day, especially those closely involved, like the Gloucester Heritage Urban Regeneration Company (GHURC) and then Mayor Chris Witts.

It did not escape our Monarch's notice that there was still plenty more Regeneration to be done - this was well before the renovation at Llanthony Secunda or the Pillar & Lucy building, let alone Bakers Quay, but she could see the new St Ann's Way bridge and had lunch in the new GlosCol.

Her visit then, as wherever she went, gave our city a boost and new pride that what was happening here was important enough for our Queen to see and to congratulate Gloucester on. 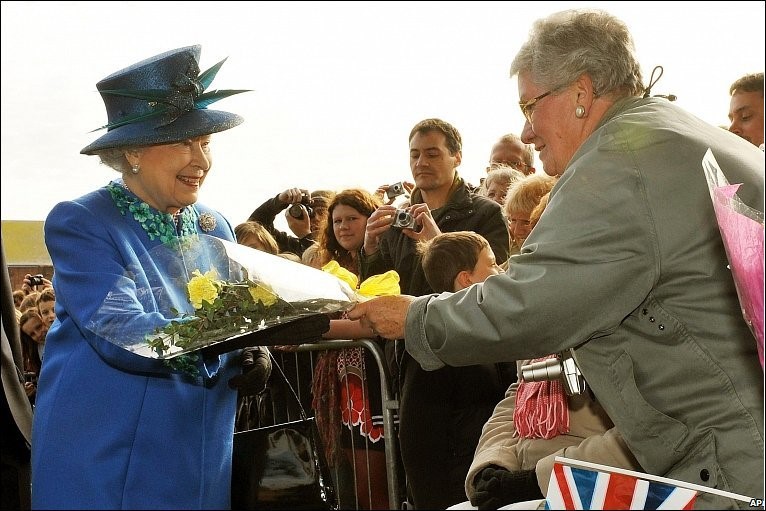 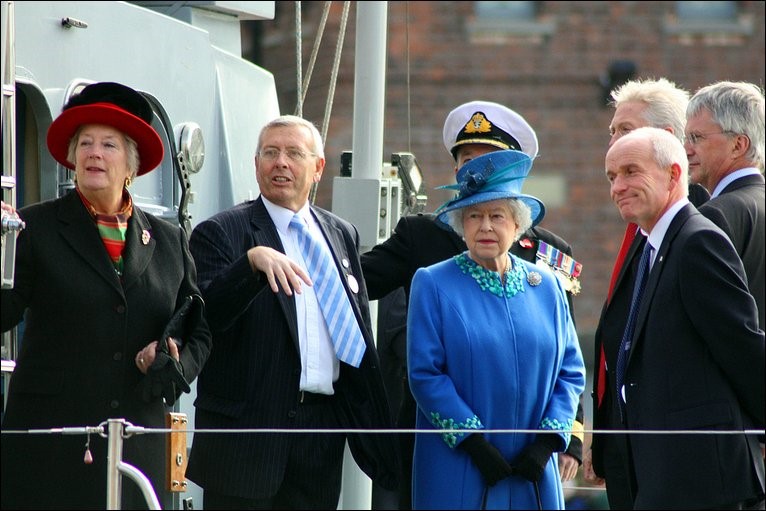 Last Sunday many of you like me joined the proclamation of the new King Charles III at Shire Hall by the High Sheriff and at The Docks by our Mayor (county & city respectively). It was a great gathering and a big thank you to all who came, especially from far away, and to those who organised both events. 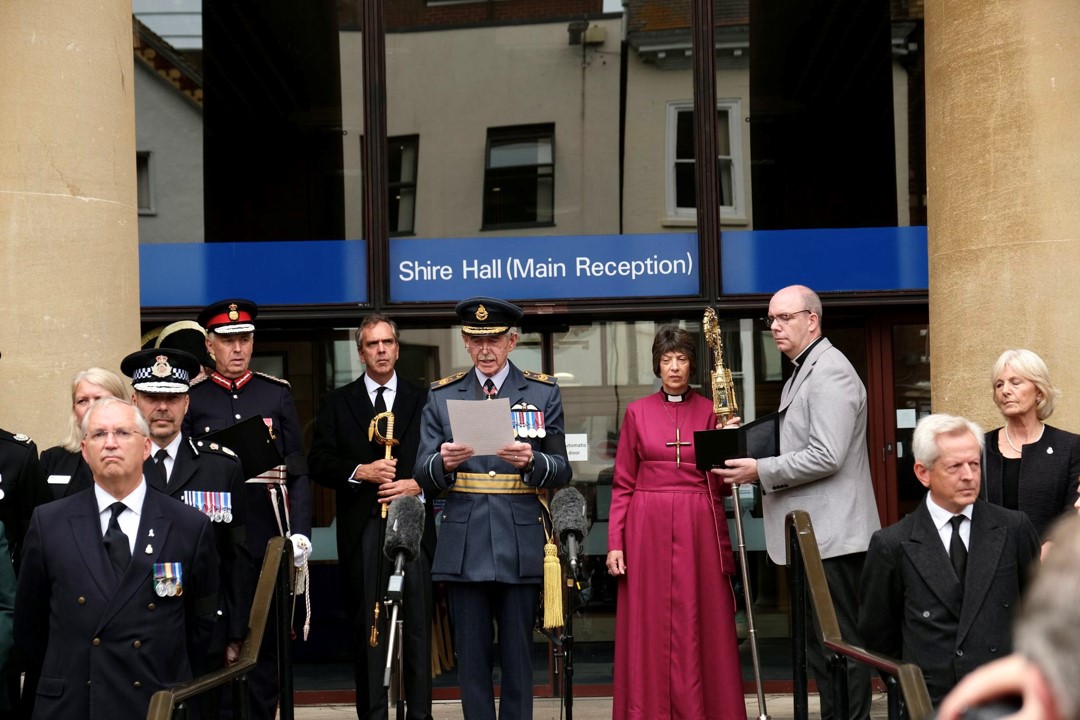 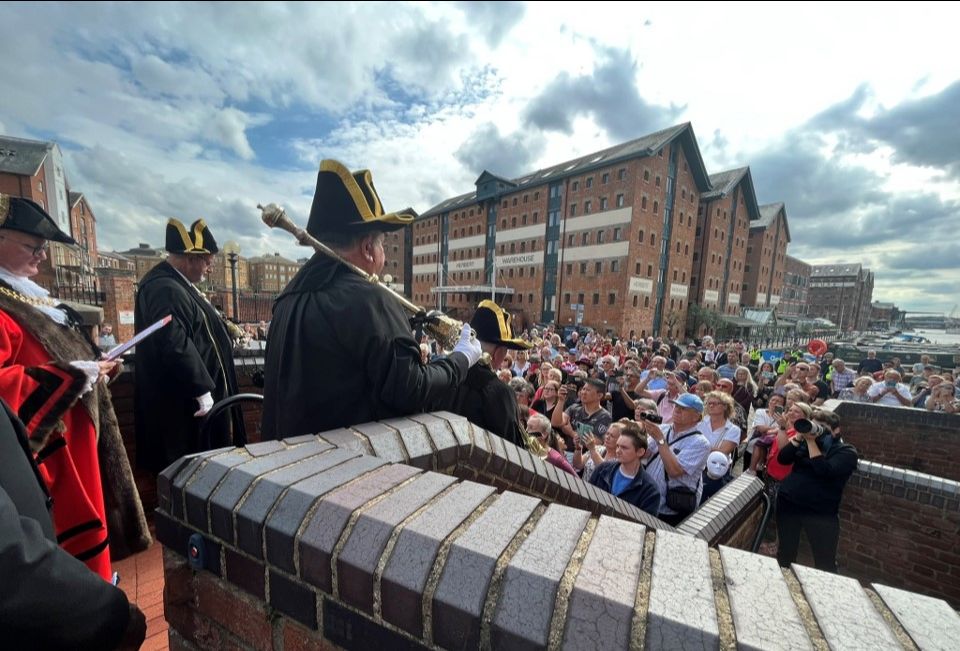 It was a lovely way to share feelings and hear stories together - and Gloucestershire Constabulary’s shire horses were a very popular part of the announcement. 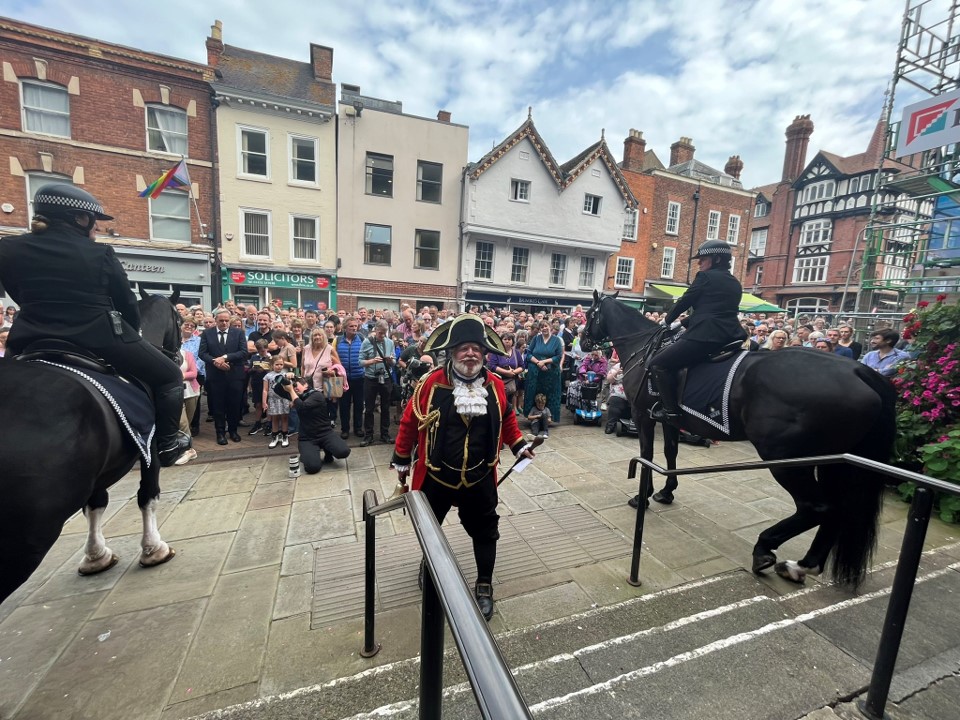 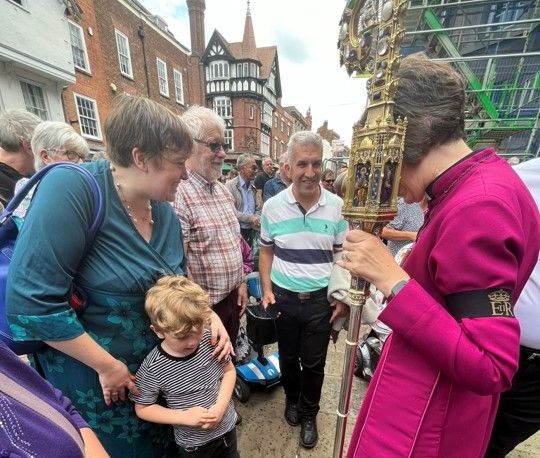 Residents of city & county can also sign books of condolence in our Cathedral at the High Altar between 10am-5pm, apart from on Sunday 11 September when it will be in the Nave between 12noon-5pm and our Museum of Gloucester daily (except Sunday) between 10am and 5pm until Tuesday 20 September at 5pm.

For those unable to get to the museum the Royal Family have opened an online Book of Condolence which you can sign at: https://www.royal.uk/send-message-condolence

Floral tributes may be left at the War Memorial at the entrance to Gloucester Park, Trier Way.

Those wanting to pay respects at the lying in state in Westminster Hall starting today until Monday should check the guidance and route - details https://www.gov.uk/government/publications/attending-ceremonial-events-for-the-lying-in-state-and-the-state-funeral-of-her-majesty-the-queen/her-majesty-the-queens-lying-in-state-at-the-palace-of-westminster-houses-of-parliament. Be aware of the strong likelihood of long queues and prepare as best possible.

Her late Majesty's funeral is on Monday and many will want to line the route of the procession - details will shortly be posted here: https://www.gov.uk/government/publications/attending-ceremonial-events-for-the-lying-in-state-and-the-state-funeral-of-her-majesty-the-queen.

It will no doubt be an extraordinary day that no-one will ever forget- the last salute to our simply amazing Queen Elizabeth II.

God Save The King! 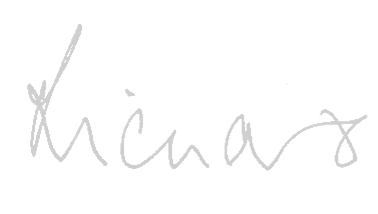 PS What are your memories of our late Queen? Do share them with me.