New partnership to promote trade with China across UK 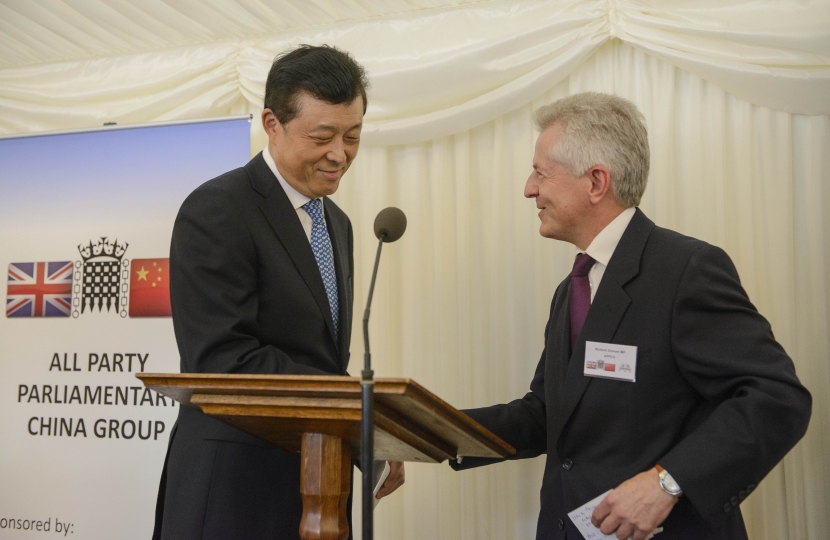 Gloucester MP Richard Graham said “medium sized businesses need to see that companies like them are successfully growing through business with China: I believe 50 members of the APPCG will want to host seminars in their constituencies to encourage new businesses to engage with China.” Stephen Phillips said “we are already working with multiple MPs keen to build on the success of constituency seminars like the eleven we contributed to in the last Parliament, starting at Gloucester in 2011.  We look forward to an on-going active programme throughout this Parliament”

Weaver Vale MP Graham Evans said “I am very keen for businesses in my constituency to benefit from the CBBC’s expertise and see how they can help identify potential export opportunities, and plan to organise a China seminar over the next six months.”

York Outer MP Julian Sturdy said: “After Richard’s successful seminar in Gloucestershire, I am pleased to be working closely with the APPCG and CBBC to host a similar event in York this autumn. The opportunities for local businesses to access emerging markets and potentially benefit from Chinese investment have never been greater. I hope that the seminar will showcase the very best that York and North Yorkshire has to offer, making it clear to international investors that the region open for business.”

UK exports to China have surpassed £12 billion annually in the last two years, and the UK attracts more Chinese investment than any other major EU country. Progress is good, but more is possible, and this initiative is an important step towards achieving the current government’s plan to “strengthen our economic links with China, doubling support for British firms selling goods there”.

The All Party Parliamentary China Group (APPCG) was established in 1997 to widen the parliamentary contribution to the general UK-China bilateral relationship. It exists as a platform for discussions on all issues of importance to the bilateral relationship, and in 2006 signed an MOU with its counterpart organisation in the Chinese National People’s Congress, establishing regular exchanges to facilitate closer dialogue and deepen understanding between the Parliaments of both countries. The APPCG has over 300 members from both Houses, and its current Chairman is Richard Graham MP.

The China Britain Business Council (CBBC) is the leading organisation helping UK companies grow and develop their business in China. They have been helping businesses throughout the UK engage with China for over 60 years, offering practical assistance, services, industry initiatives and a membership programme providing access, seminars and networking. Their strengths include a network of 23 offices, including 13 in China, extensive knowledge of the Chinese business environment, impartial advice, a network of 1000 members, unique government relations and key contacts in China and the UK.