My statement on Sue Gray Report 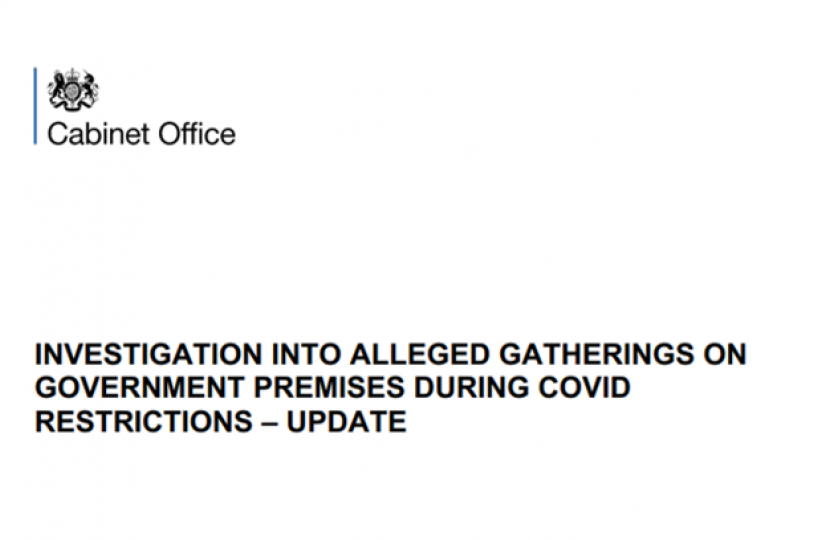 Thank you for your mail following the Gray Report, and I hope you will forgive me for answering you all with the same statement (which will also go on my website, www.richardgraham.org)

Sue Gray’s interim report into the Alleged gatherings on Government Premises was published on Monday and the Prime Minister then answered questions for two hours.

Let me summarise the key points from both, give my reaction and summarise what could happen next:

The 9 page report (‘the investigative work is now essentially complete’) covers 14 alleged events on 12 different days. Sue Gray states that the Metropolitan Police (‘the Met’) has decided to investigate 10 events. She notes that ‘it is not for me to make a judgement on whether the criminal law has been broken: that is properly a matter for law enforcement’.

Some constituents have asked me if this is the first time a Prime Minister has been caught up in a police enquiry. It isn’t: there was a police enquiry on a cash for honours issue when Tony Blair was PM.

Her main points on the context:

This issue is not over yet.  The interim Gray Report recommendations are clear and have been accepted. That is a good step in the right direction, as is the PM’s apology. But the verdict of the court of public opinion is now open, before the police report and the complete Sue Gray report (which will be published in full). The conclusions of each are important, as are your views

So please do mail me any thoughts on  richard.graham.mp@parliament.uk