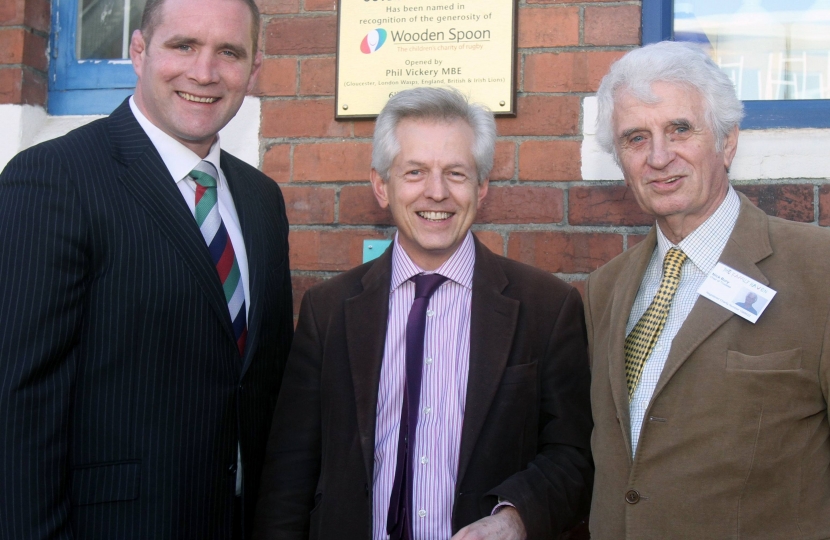 Richard said, “there are always plenty of people ready to knock our city centre, even though there’s been a 40% drop in the number of empty shops since 2010. But there are also those who back Gloucester, who see the changes of the last few years and know what is coming up. They can see the speed at which new homes going up on Brunswick Road, Blackfriars and Worcester Street, know the footfall in the city centre is already increasing sharply and have analysed the positive implications for retailers.”

The MP congratulated Phil Vickery, whose successful Raging Bull brand has now set up shop right outside the Cathedral, just as the HLF funded improvements of the Cathedral’s Project Pilgrim take real shape: “Phil said he’s ‘unbelievably proud at all the developments going on at the moment’ and this is another of them – a really positive investment in our city centre by a great sportsman and successful Glosterpreneur.”