Happy Easter story: Gloucester made blanket for the Duchess of Sussex’s baby 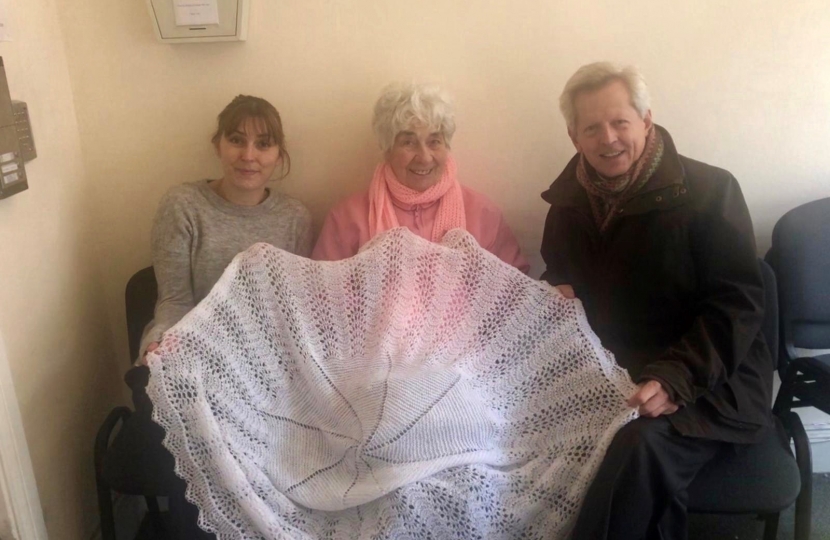 95 year old Gloucester City Centre resident Patricia Skelton has knitted a 450 stitch blanket as a present for the first child of the Duke and Duchess of Sussex, due soon.

Mrs Skelton showed Gloucester MP Richard Graham an identical blanket, which she often donates to Gloucester mothers who cannot afford a blanket for their babies. It takes her two weeks to knit the blanket.

Richard said “Patricia Skelton shows us, at 95, what love can mean: making and giving a beautiful blanket to those who can’t afford it, and to the next royal - who’s family can afford it, as a great sign of respect for the Royal Family and the good work that this young couple are doing”.

Mrs Skelton has been sent a lovely letter of appreciation from Kensington Palace.