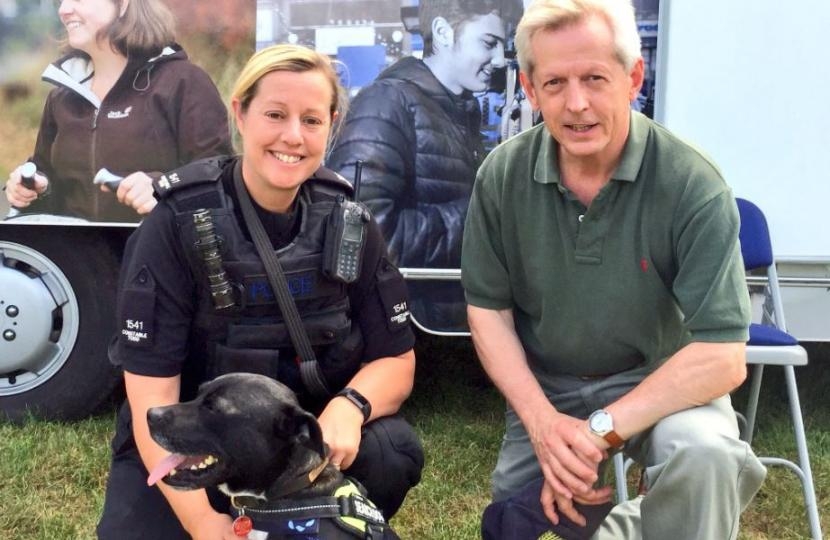 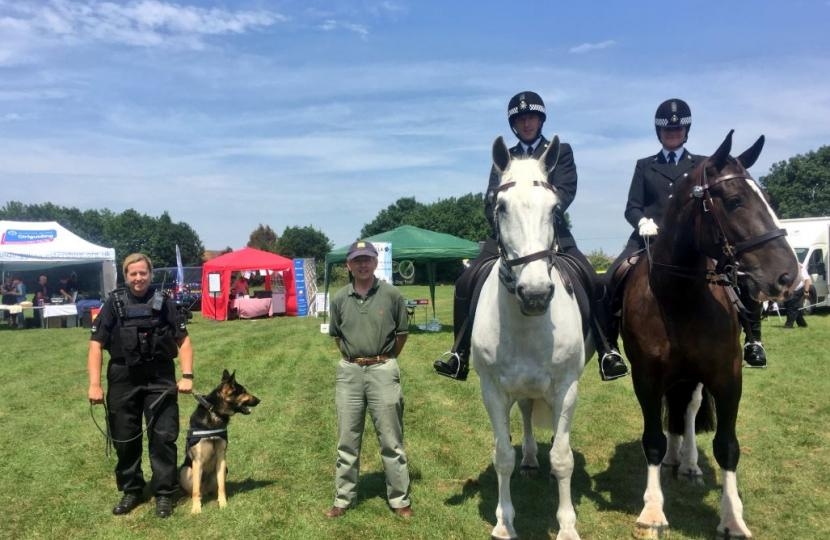 Last summer Gloucester MP Richard Graham met Gloucestershire Constabulary’s PC Claire Todd with Police Dogs Quest and Stella and Police Horses Boris and Teddington with police officers Paul Wilkins and Tracey Warburton. They lobbied him on taking forward new legislation to help protect animals in service like police dogs and horses. ‘I was struck’, MP Richard said, ‘by the importance of the relationship, and what serving animals contribute to good policing’.

On 8th April 2019 the so called Finn’s Law was given Royal Assent and the Act will come into force in June 2019. This means there is extra protection for police animals and there are stiff penalties against those who hurt them. ‘I’m delighted there is now a law for all service animals, which are much more than police property’, Richard said.

PC Claire Todd said ‘It is totally fantastic news that Finn’s Law has been given Royal Assent to protect all our police dogs and horses, should they be attacked in the line of duty’.

Finn’s Law is named after Police Dog Finn who suffered serious stab wounds from a suspected burglar while protecting his police handler.