Gloucester, the UK and Afghanistan: a quick update 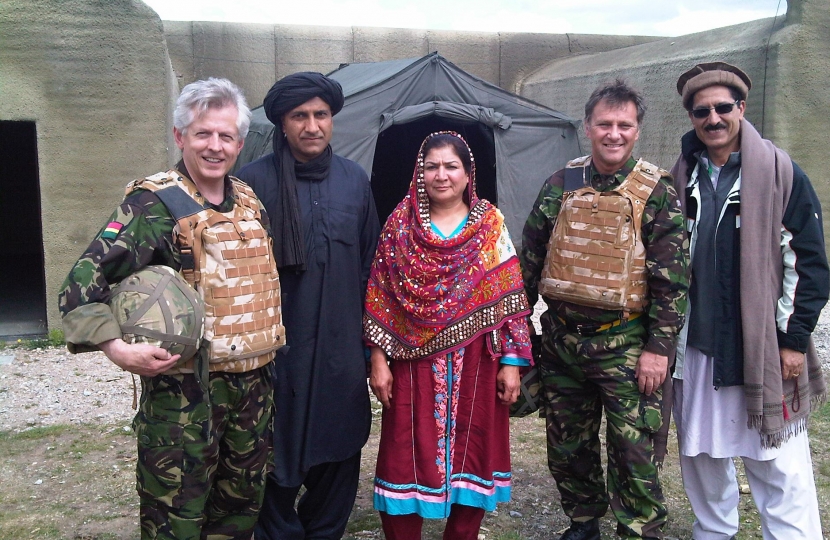 I have therefore put together one answer in Q&A format which I hope responds to all the different points - but please say if it doesn’t.

Why are we withdrawing?

Because that’s what President Trump decided to do before the 20th anniversary of 9/11 (11th September attacks on the Towers in New York), and President Biden endorsed (with a slightly later date).

Couldn’t we have stayed on with other partners?

No. Only Turkey was willing to join us. No other NATO country with significant resources wished to continue to help keep the previous situation stable. The US contributed over 90% of the military resources involved and without them we had to withdraw.

By pulling out have we facilitated the return of the Taliban?

NATO’s intelligence did not expect such a rapid collapse of the government and its Armed Forces.

It anticipated a transition with government and Taliban working together. On the ground now there is some evidence of that happening, I heard from a major aid agency yesterday, but the situation will vary from place to place. And it is certainly true that the Taliban has all the real power now. Effectively the Trump deal conceded a takeover - it has just happened much faster than expected

So what was our 20 year engagement for - was it all a wasted enterprise?

No. We went in as part of NATO under a UN Resolution to prevent Afghanistan from continuing as a haven for international terrorism eg Al Qaeeda.

Many brave servicemen and women from Gloucestershire participated in NATO’s campaign, whether through units like 1 Rifles or the Alied Rapid Reaction Corps (ARRC) HQ’d at Innsworth.

They succeeded in preventing any further terrorist attacks from Afghanistan for over two decades and we owe them and their families a huge debt - which I referred to in my speech yesterday in Parliament (see below).

Our and other governments must find ways of holding the new Afghan government to account on this - and I expect we will see talks on this, led by the UK through the G7 (which we currently Chair) and United Nation Security Council bodies.

But what about the progress on girls’ education and women’s rights - isn’t that now all abandoned?

Great progress has been made - millions more girls have been to school, a third of all Afghan MPs are women and at least one Mayor, and judges/doctors etc too.

The return of the Taliban threatens all that but they have said no-one working in health and education should be concerned. We will have to see, and continue to press them on this.

Meanwhile why was there no preparation for the evacuation of our own citizens and those who worked for us who are vulnerable?

There was, but the speed of the collapse of the government caught us all by surprise. All UK citizens have for some time been advised to leave the country: but this cannot be an instruction and not many did leave.

Almost 2,000 of those (like armed forces interpreters) who would be most vulnerable to reprisals from the Taliban have already left and are in the UK. Others are being processed as fast as possible.

The evacuation at Kabul Airport is full speed ahead as I write. I believe we have 8 further flights agreed up to the end of August (the date agreed by the US) and whether beyond that more can be done will depend on further agreement. Every effort to extricate every UK citizen or those who worked closest with us is being made.

I am sure our Ambassador will be there til the last flight and the security of the operation has been reinforced.

What about refugees - won’t there be a massive refugee situation?

Very likely, although it is not clear what the border situation will be and where/when refugees will emerge.

The government has announced a new scheme for 20,000 refugees from Afghanistan, on top of the those who are already here, and in addition to the 5,000 resettlement scheme for refugees from anywhere. It starts immediately.

What are we doing in Gloucester/Gloucestershire?

Gloucestershire has already agreed to accept 35 interpreters and their families, and this is being co-ordinated by GARAS. Our county council has said they will agree to take more refugees as our part in a national effort.

Although the County as a whole is a place of refuge for asylum seekers, in reality Gloucester does most of the heavy lifting. I am trying to help them: anyone with housing to offer should please contact GARAS direct (https://www.garas.org.uk).

Are there any Gloucester residents in Afghanistan?

There are one or two UK citizens / families of UK citizens in Afghanistan and the families of some Afghan refugees here who are very worried for their future. I am trying as best possible to help all in different ways.

If any of you know of any UK citizen there who needs to get out please let me know as many of the following details as possible ASAP:

This needs to be done urgently.

Who do we contact if we need urgent consular assistance?

What about the longer term - our relationship with the US, lessons learnt etc

Do watch this 1 min clip from my speech yesterday (https://www.facebook.com/richard4gloucester/posts/2303750063095070). We have much work to do on all aspects of our partnerships around the world to promote and help Open Societies.

As the situation changes over the coming weeks, I’ll continue to work closely with the government and available to support constituents who maybe directly affected.

Let me know if you have any further questions.