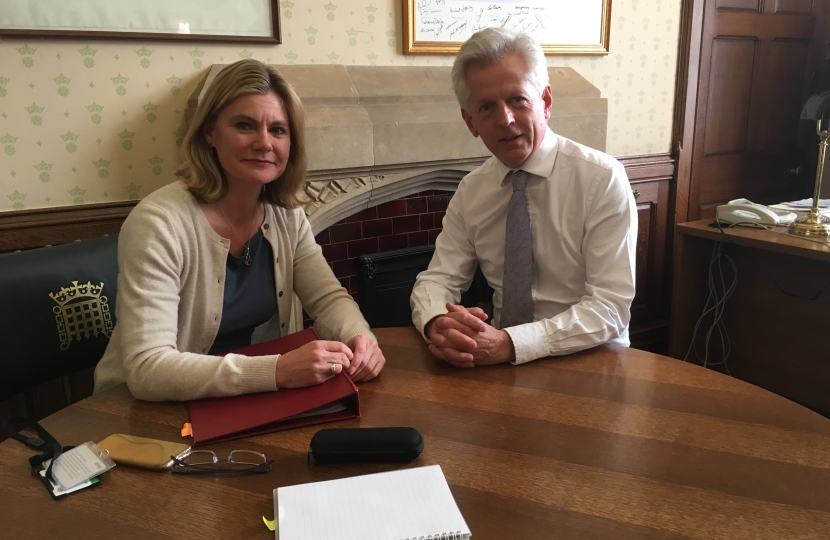 Gloucester MP Richard Graham has welcomed the Education Secretary Justine Greening’s announcement on a new fair funding formula that will increase funding for Gloucester schools by 3.6%.

The Education Secretary made a statement outlining her response to the consultation on the new fair funding formula for schools on Thursday, publishing illustrative figures for schools across the country up to 2019-20. She accepted recommendations made by MPs including Richard to introduce a minimum level of funding per pupil (£4,800 for secondary school pupils and £3,500 for primary school pupils).

We’re spending more on schools than ever before, in particular on pupils from deprived backgrounds as we should. So I welcome this announcement and hope it reassures the many parents who wrote to me on this issue.”

The proposed National Funding Formula aims to address historic imbalances where a student with the same needs (e.g. free school meals or from a deprived background) can attract some £500 more depending where the student goes to school.

The government pledged to introduce the national formula, and while the initial plans offered extra support for pupils with additional needs or for deprived backgrounds, MPs raised concerns about basic funding levels. This week’s announcement confirms a basic level of funding that gives every school in Gloucester an increase, with some getting over 9% extra per pupil.

The proposals will come into full force in 2019-2020 after a transitional year in 2018-2019. Find out more: https://www.gov.uk/government/news/fairer-funding-system-to-end-postcode-lottery-for-schools