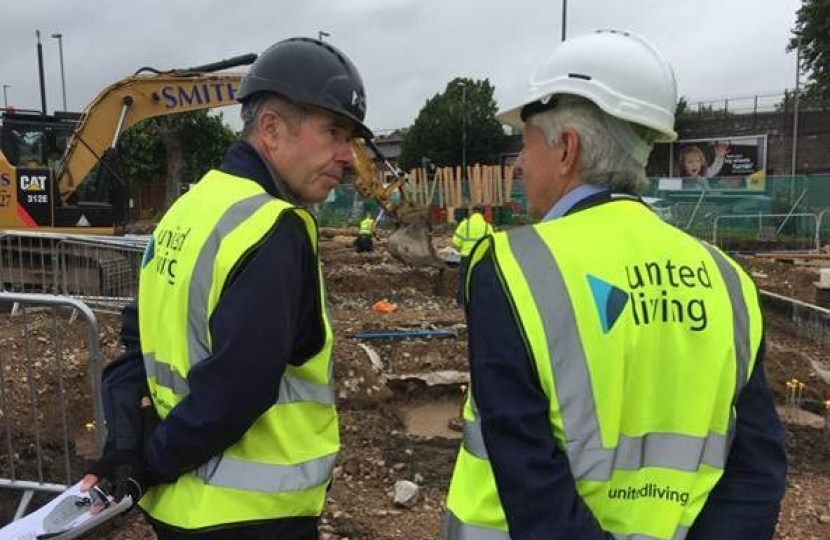 Gloucester MP Richard Graham has welcomed announcements from the Prime Minister to create a ‘new generation of council houses’.

During her speech at Party Conference Prime Minister Theresa May outlined plans to increase the affordable housing budget by £2 billion to more than £9 billion, encourage councils as well as housing associations to bid for this money and allow homes to be built for social rent well below market levels in areas where the need is greatest.

The Prime Minister said, “whether you’re trying to buy your own home, renting privately and looking for more security, or have been waiting for years on a council list, help is on the way.”

Richard welcomed the announcements saying, “Gloucester has the 7th highest housing stock growth of any city in the UK. I have supported both the concept of more social housing and putting it into practice – including work being done on Black Dog Way, St Aldate’s Church and in Tredworth on the old Norville Site. More needs to be done and that’s exactly what Gloucester City Homes, both councils sand I are looking for with the Estate Regeneration plan in Matson and Podsmead. The Prime Minister’s announcements should help rocket boost what we want to achieve in Gloucester.”

David Orr of the National Housing Federation also welcomed the news stating, “Today’s announcement is a watershed moment for the nation. In the aftermath of the tragic fire at Grenfell Tower, the Prime Minister said that we as a nation have not paid enough attention to social housing. Today, she is right to make a bold break with the past and commit to building the homes we need most – genuinely affordable homes for those on the lowest incomes.”

The government’s announcement built on a £10 billion extension to Help to Buy and new protections for people renting from a private landlord announced on the Andrew Marr Show.

Proposals were also outlined in the Housing White Paper published earlier this year to ensure councils release sufficient land for housing and give them new powers to require developers to actually build homes once they’ve been given planning permission to do so.