Giant among men - the legacy of Chris Gabb 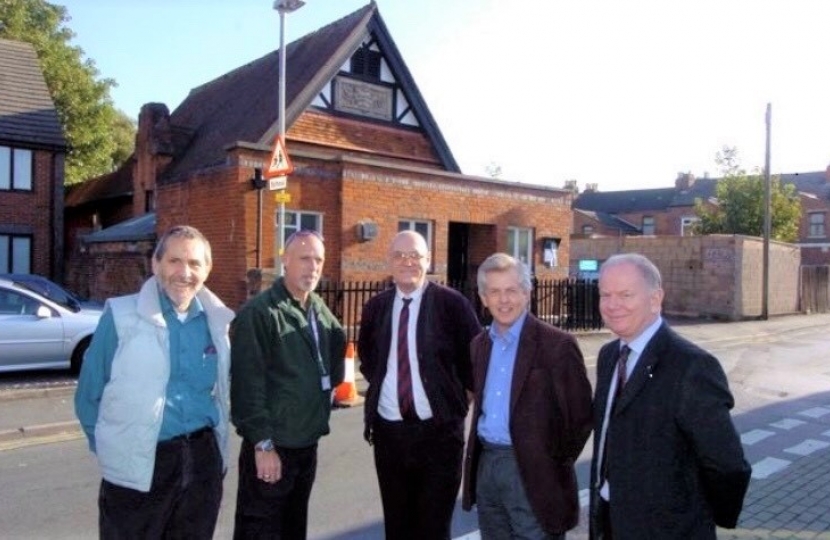 The winter of 2008-9 was not an easy one for business. The financial crash was at its height: banks had been nationalised, lending dried up and investment came to an abrupt halt.

Companies that serve growth, like Barnwood Construction and Barnwood Shopfitting, suddenly had gaps in their order books.

What to do? Many were laying off staff to reduce the damage to balance sheets. But not Chris Gabb at Barnwood.

It was the first year’s trading loss in their (40 year) history but he told me ‘I'm not going to lay anyone off’: the owners (ie him and other partners) would take the hit for the bankers’ foolishness and politicians’ mistakes.

That was typical of Chris: quiet, determined and absolutely firm on values. Barnwood and all who worked there were a family to him, almost as much as his own amazing wife Sue and family: he would not let any of them down.

At that time I was trying to help St James’s church in Barton. Their late Victorian Parish Room needed a lot of work, including a new door and above all a large quantity of asbestos removed. Cake and coffee mornings would have taken decades to raise the funds.

Might Barnwood, with spare capacity, do the work at a more favourable rate than the quotes vicar Robert Simpson had received? Chris came, looked around, and then said ‘we’ll do it all. There’ll be no cost to the church and we’ll dispose of the asbestos too.’

He was as good as his word. A team from Barnwood did a wonderful job. ’It’s a miracle’ said Robert. Chris smiled at us both. ‘There’s one thing neither of you may know. My mother died when I was three, and the last photograph of us together is of her holding my hand on the steps of St James’s after my aunt’s wedding here.’

Over the years since Chris Gabb has helped many people Make Gloucester Better - investing in Gloucester City Football Club, for example, so that Eammon McGurk did not shoulder that big commitment all alone. His contributions to Gloucester Cricket Club honoured his father Roly, a much respected local umpire. With his business partner Graham Howell, he backed the Gloucester History Festival because it raises awareness of Gloucester’s Heritage; and he gave to Severn Rotary and many other causes for similar reasons.

Although Chris was proud of what he supported there was no ego involved. He just decided it was the right thing to do. And everything came from a strong belief that Gloucester could be better, should be better and that it was in our hands to make it so.

There are very few who do as much for their city and seek as little recognition for it as Chris Gabb. Building a big business and employing many people decently is a great good in its own right: but putting time, thought and money into good causes in different corners of Gloucester is in another league.

So if there was a Gloucester DSO Chris would have won it several times over. I will hugely miss his advice, help, encouragement and great integrity. A slight, gentle and unassuming figure, he was in truth a giant among men: and Chris leaves us all - family, firm, friends and those who don’t know much about him too - a legacy of absolute commitment to our city. We must try to live up to that.