Democracy is part of the prescription for tackling the pandemic 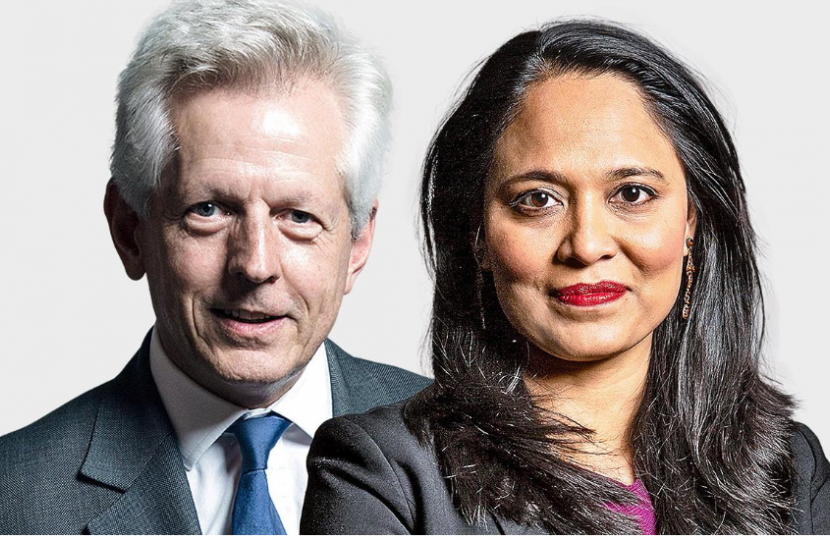 Democracy is part of the prescription for tackling the pandemic

It may seem odd, but we should be in no doubt that democracy is one of the potential casualties of this pandemic. The world’s poor, women and marginalised communities will be hit hardest by Covid-19, even more in developing than developed countries, as the virus spreads globally. And it is they again who will suffer if the world allows the leadership needed to deal with a crisis to be an excuse for allowing authoritarianism to flourish.

Some steps taken in the UK are difficult to replicate in many countries - national rallying behind ‘Protect the NHS’ (for example) only works if there is a treasured and effective health service to cope with a pandemic.

But many democratic nations, including the UK, have been quick to pass emergency legislation, centralising decision making and consolidating hitherto unknown powers in the hands of the government. Whether attempting to bypass local government and city Mayors (Hungary) or calling for military involvement in government (Brazil), leaders in these countries and others (such as Egypt) have not wasted time to pursue wider agendas.

Time limits and reviews imposed on such legislation (reduced and improved in the UK) may in some cases be presentational - a way of dressing change to look temporary, while in fact being for the party in power simply a starting point for major alterations to both the balance of power and national constitutional habit.

And while we can console ourselves that in London cross-party support for emergency action cannot preclude accountability and transparency – the Select Committees, departmental questions, Prime Minister’s Questions, daily press conferences, and a virtual return of Parliament will hold government to account effectively – how confident are we elsewhere?

Coronavirus comes at an awkward time: liberal democracies are already on the defensive. The West is not looked up to as it was: partly perhaps because the leader of the free world gives the appearance of having abdicated, preferring a more overtly national agenda: partly because there is a challenger for global hegemony with apparently deep and generous pockets; and partly because of the disillusionment caused by the gap in rhetoric, expectation and delivery of many nations’ actual experience of democracy.

It does not help that the West, faced by the challenges of other regions, seems to lurch between invasion and withdrawal: support for then rejection of refugees; encouragement then discouragement of aspirants to the EU: all alongside approval and then abandonment of various leaders. Perfidious West? Little wonder that the quieter long-term cultivation of nations and leaders by China can appear more strategic and helpful.

We need to show that democracy works, not that it condemns imperfect disciples: and that the values that underpin democracy are desirable for all nations.

The crisis of a pandemic encourages rapid and centralised decision making without debate, both of which autocracy relishes. In China the Communist Party has seized the moment to reassert power, keen to contrast ‘mistakes’ by local officials in faraway provinces with correct actions by the Centre: and to show the democratic world how well a one party state copes with crisis.

Where democracy is recently established, the perceived need for strong government in a crisis can therefore easily lead to a slide to authoritarianism.

So we need to act to support those countries who believe that power should be with the people through the ballot box, both to ensure their democracy comes through pandemic intact and to ensure that the human rights of women, ethnic and religious minorities, those with disabilities, those suffering from domestic abuse, those seeking access to social justice or dependent (as we all are) on an independent rule of law do not get forgotten, ignored or abused.

Democratic constraints matter because when emergency measures become permanent, corruption and abuse of the law soon go unpunished, civil rights are unprotected and security forces become a threat, not a source of help, to anyone identified as an opponent of the government.

This matters in dealing with Covid-19.  If health systems are to work fairly, information to be transparent and need treated equally we need governments to be effective and democratic in its actions.

That means scrutiny by parliaments, parties, civil society and the press - whether in the UK or anywhere else.

We believe there are four main issues for democracies to focus on:

First, helping parliaments to establish the best ways of working during the pandemic, including remotely. Health Select Committees and Public Accounts and Finance Committees will need to be particularly active in seeing how money is spent and accounted for and health issues addressed. There are debt and economic management issues beyond the crisis and democracy must hold government to account.

Second, it is critical to consider the impact of the pandemic on women, who are the main carers as well as the bulk of health workers in most countries.  Women are also by far the most frequent victims of domestic abuse. While there has been progress on gender equality in many countries, there is a real risk that the pandemic will have negative fall out for women and other groups vulnerable to discrimination, including persons with disabilities and LGBT+ citizens.

Third, emergency measures risk a change in privacy rights or the loss of normal civil rights.  Public surveillance is likely to be an important public health tool, and that risks an automatic increase in government oversight of individuals (even in France you cannot go outside at all without a reason on a written form). Proper debate is needed about proposed measures, and government transparency about their use of data should be built in.

Finally, elections that are scheduled to take place while restrictive measures are in place need to be handled with great care: to avoid deliberately benefiting one political interest over another.  It will sometimes be right to postpone elections, and equally there are also opportunities to introduce remote voting techniques, if their integrity is credible.  In either event, intense political debate, with scrutiny of both past performance and campaign promises, should remain an integral part of election processes in a democracy.

The scale of the Covid-19 pandemic places huge strains on political systems, and this pandemic is more than just a health crisis and more than just a national crisis. That means that we can’t ignore the political systems that help ensure effective public health – transparency, accountability, gender equality and press freedoms. Nor can we ignore the global supply chains and markets that we all depend on for essential equipment and for economic recovery.

Our interdependence is a fact of life and should determine our collective response.  The international community should work together not only to support the immediate health needs in developing countries but also to support the democratic practices that healthy people and healthy economies depend on.

Meanwhile, the UK needs to include support for democracy in our response to the pandemic in developing countries to reduce the chances of a loss of freedom being an incidental virus casualty.

The Westminster Foundation for Democracy, the UK’s organisation for supporting democracy abroad, is helping take this work forward with political parties, parliaments, election commissions and citizen groups in countries around the world.

We’re from different political parties, and both strongly believe that sharing the UK’s long and rich democratic experience, our mistakes as well as our successes, is one way we can help protect the poor and vulnerable during the eventual global recovery from Covid-19.

This e newsletter is funded by taxpayers – and it's primarily a source of information, reflection and analysis on key community issues.