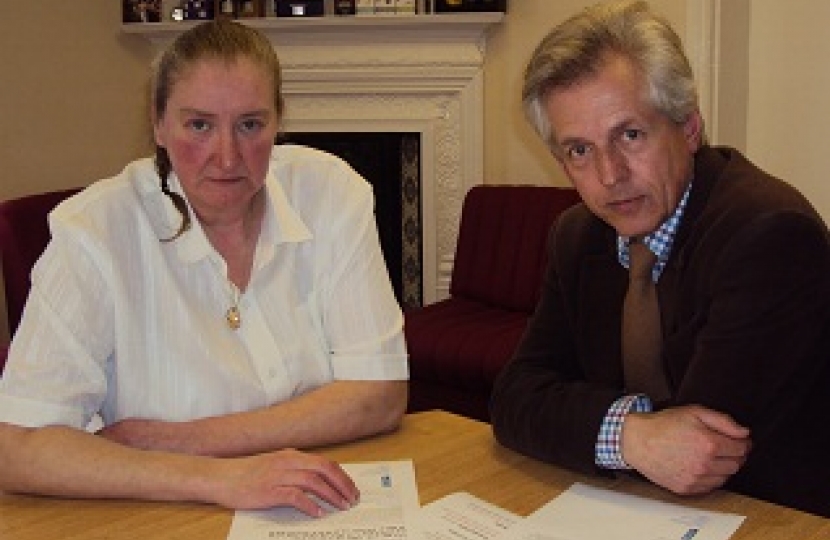 How many times have you heard words like: ‘it doesn’t make any difference who you vote for’; ‘they’re all the same, nobody listens anyway’ and, most depressing of all for those of us who’ve lived through what happens under dictatorships of right and left alike – ‘voting is a waste of time’?

Democratic candidates have to be strong in our conviction in the face of such scepticism, backed up by low turnout in local elections.

So when I had the chance to do something to help a constituent, Mandy Stock, with an obviously good cause I was determined to seize it: and delighted to get the result we both wanted so soon.

Mandy’s late husband Paul Stock was killed by a driver who was disqualified and uninsured, a serial offender Judge Tabor described as ‘an absolute menace on the roads’. But our Judge could not impose more than the maximum sentence of two years prison (which, with 50% remission, means less than a year in prison).

Mandy was outraged and launched a petition from her Tredworth home which local Councillor Saj Patel and I strongly supported. Above all she knew that nothing would bring Paul back to life – but that we MUST prevent future drivers from risking lives in the same way and that only strong sentences would send the right message.

You can see more on this story here.

I raised Mandy’s story and cause at Prime Minister’s Questions and spoke with both the PM and Justice Secretary Chris Grayling. Both of them later saw Mandy herself, and Chris made a commitment to act. You can see my question to the Prime Minister here.

Now the government has announced the law will be changed so disqualified drivers will face up to 10 years in prison if they cause death, and up to four years imprisonment if they cause serious injuries.

This is the biggest change to sentencing in this Parliament. But more importantly it sends a strong message to disqualified drivers about what they might face. And it puts the lie to the claim that individuals can’t achieve anything. Mandy has changed the law.

The Prime Minister, with typical generosity, said: “When I met Mandy Stock and discussed the story of Paul’s tragic death with Richard Graham it was clear we needed to act.

As I said at the time, Richard spoke for the whole House in deploring the sentence of only two years given to the man who caused Paul’s death – even though he was disqualified and uninsured.

Within just 18 months the extraordinary campaigning efforts of Mandy and Richard have meant that in future the law will be much tougher on those who risk the lives of others on our roads.
When people say MPs have no influence, the government doesn’t listen and changing the law takes forever, this announcement shows that one determined widow, along with a hardworking constituency MP and a government that is willing to act, can make a difference.”

Equally modest was my constituent Mandy Stock, whose “brave campaigning” was also hailed by Justice Secretary Chris Grayling. She simply said today’s announcement shows “words were not empty promises and action has been taken to allow judges to give long sentences when appropriate”.

With constituents like Mandy, prepared to fight for what she knew was right, democracy is safer.

The next time someone says they can’t be bothered to vote and they’re all a waste of space remember Mandy’s story. If there is only one less person killed each year by disqualified drivers it will all have been worthwhile. Preventing a waste of life should help motivate people who think voting is a waste of time.