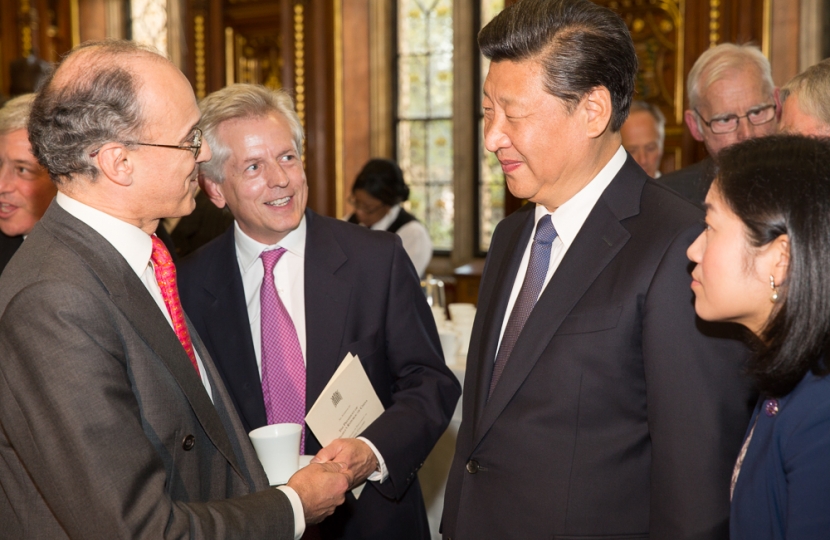 China must continue economic reforms to unleash potential and become a more consistent player on the global stage, said Richard Graham, a British politician who chairs the All Party Parliamentary China Group.

This process of allowing more foreign access to markets is a natural continuation of the internationalization drive China started 40 years ago with its reform and opening-up policy, Graham said.

"As China becomes more self-confident, it will welcome more foreign businesses to have equal access in China, because it's the competition that drives up the quality," he said.

"This is a very interesting time to try and reflect on the options ahead," he noted.

Underlining the historic importance of reform and opening-up, Graham said he expects discussion at the two sessions will reveal more details about how China will further open its economy to the outside world and be an active participant in international issues.

Within the context of the United States retreating from its globalization leadership role and the United Kingdom facing uncertainties as it leaves the European Union, some analysts have pointed out that the time may be ripe for China to fill the newly created vacuum in global leadership.

Graham acknowledged the benefit of China's growing participation on the global stage. However, he pointed out that China should not "try to accelerate global ambitions and risk not focusing enough on the depth of reforms still needed today".

In particular, he highlighted the process of the internationalization of the renminbi as an example of the reforms needed, because the Chinese currency should become a major global currency consistent with China's economic strength, once convertibility increases.

Meanwhile, competition created through allowing further foreign access to markets will help Chinese companies become more efficient and improve the quality of their products, which will support China's goal of transforming itself into a technology-focused and consumption-driven economy, Graham said.

Graham, who first visited the Chinese mainland in 1980 while working for the British conglomerate Swire Group, also helped with the first listing of a Chinese company on the London Stock Exchange, and launched the British Chamber of Commerce in Shanghai.

Looking back, he summed up China's past 40 years as "priceless, so important to everybody, and it will determine the way in which China interacts with the world for generations".

Statistics from the International Monetary Fund show that China contributed 39 percent of global economic growth in 2016. During the past 40 years, more than 600 million Chinese people have been lifted out of poverty.

Graham said a continued emphasis on the growth of the high-technology sector will be crucial to China's next stage of reform, and he noted that the UK would be a good partner to help China achieve that goal.

"The UK offering has got a huge way to go," Graham said. "We have our bank of goodwill and considerable technology power. Particularly, for a country like China, we work best on collaborative partnerships."