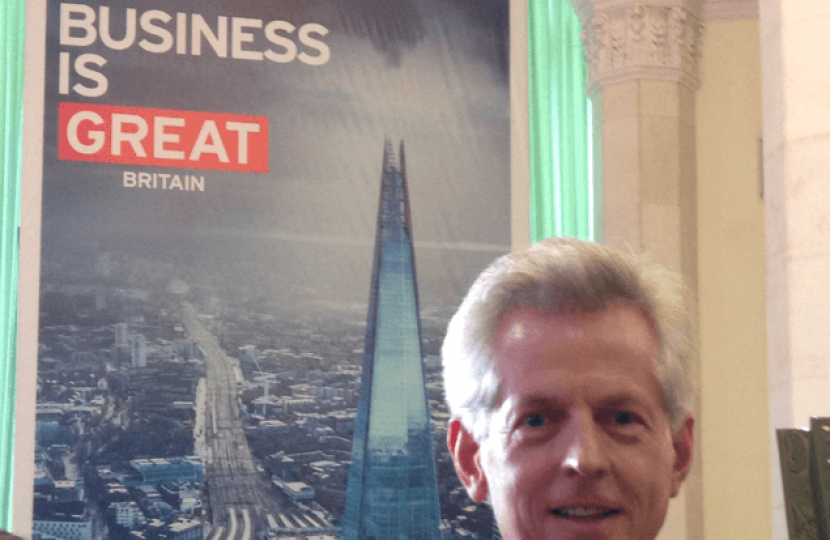 Richard Graham MP has congratulated Quedgeley-based dental drill business Prima Dental on their success in opening their joint venture in China. The company have joined forces with a company in Ningbo (South China) to help manufacture their products and supply them to the Asian market and beyond.

Richard Graham MP, who is also the Chair of the All-Party Parliamentary Group on China said, “this is further proof of Gloucester manufacturing going into major overseas markets exporting successfully and then partly growing the business through a joint venture on the ground to increase distribution and sales, expanding a world beating dental drill business from Quedgeley. As chair of the group of Parliamentarians interested in China and a former British Trade Commissioner in China, I am especially proud of this achievement from Gloucester.”

Prima Dental’s managing director Richard Muller said, “This joint venture with our colleagues at SBT is an exciting development and will considerably increase our overseas trade. It will be in addition to our continued expansion in UK production which will be boosted by the opening of our new £3m facility here in Quedgeley.”

With a fast-expanding team of 215 at its Gloucester base, Prima Dental is recognised as a world leader in the manufacture and export of high-quality dental instruments for healthcare and cosmetic markets around the world. Supplying 90 countries, it is the world’s fastest-growing producer of dental burs and has won numerous awards for its growth and success, including a coveted Queen’s Award for Enterprise.