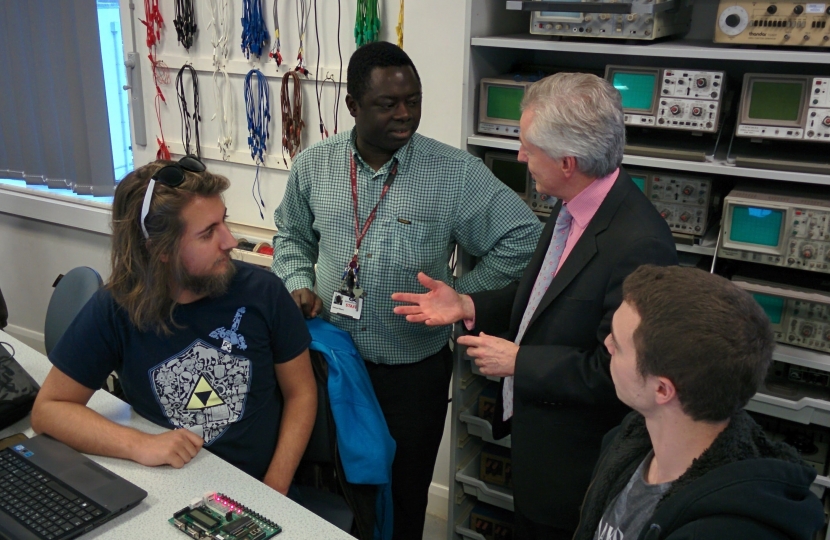 Gloucestershire College has won a big award from the National Association of Colleges for the Promotion and Delivery of Successful Apprenticeships.

“This is a huge achievement,” MP Richard said, “the government has funded over 2 million new apprenticeships since 2010, and over 7000 of those have been in Gloucester, including 5 that I’ve employed. GlosCol has led the way and has a high success rate.”

Cllr Laura Pearsall, herself a former apprentice, said that “apprenticeships offer a great chance to earn while you learn, and are a great alternative to degrees for modern skills.”

Over half a billion pounds is being invested each year on technical education routes to skilled employment including the introduction of T-Levels and Universal Technical Colleges (UTCs). “I look forward to submitting a bid supported by all our NHS Trusts for a new Health UTC for skills pathways into health and care careers,” said Richard.