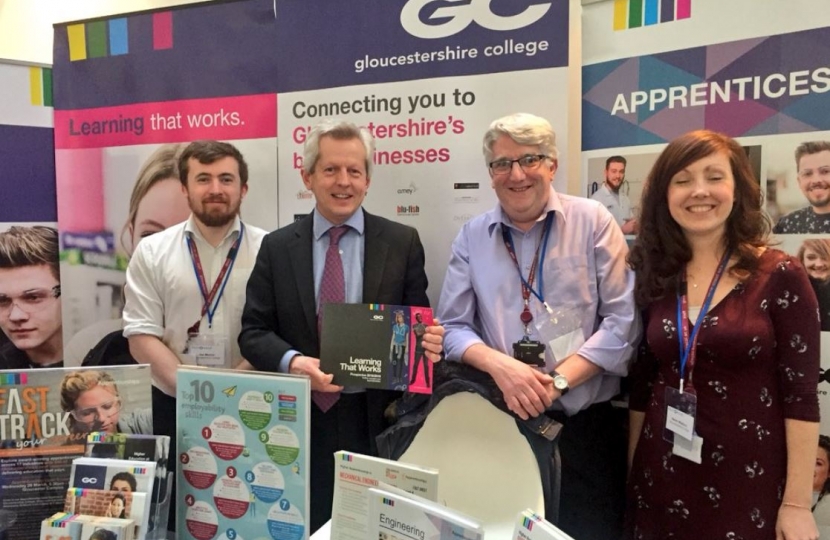 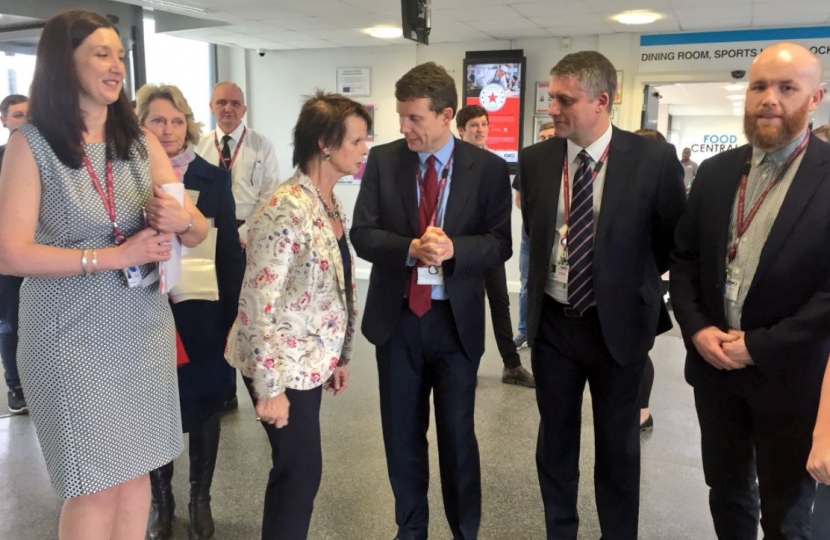 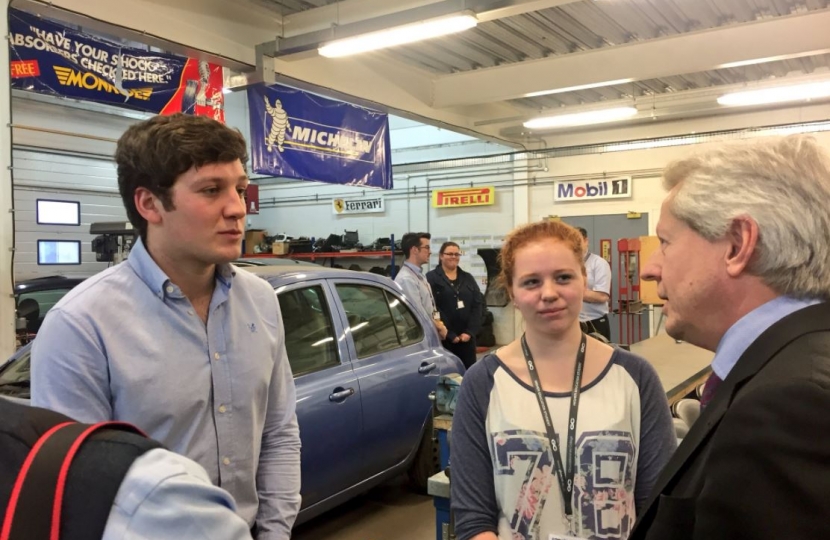 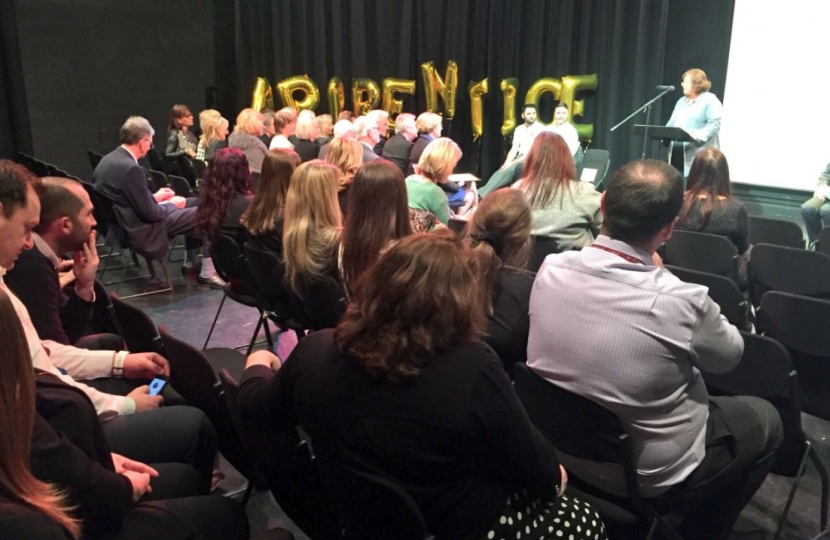 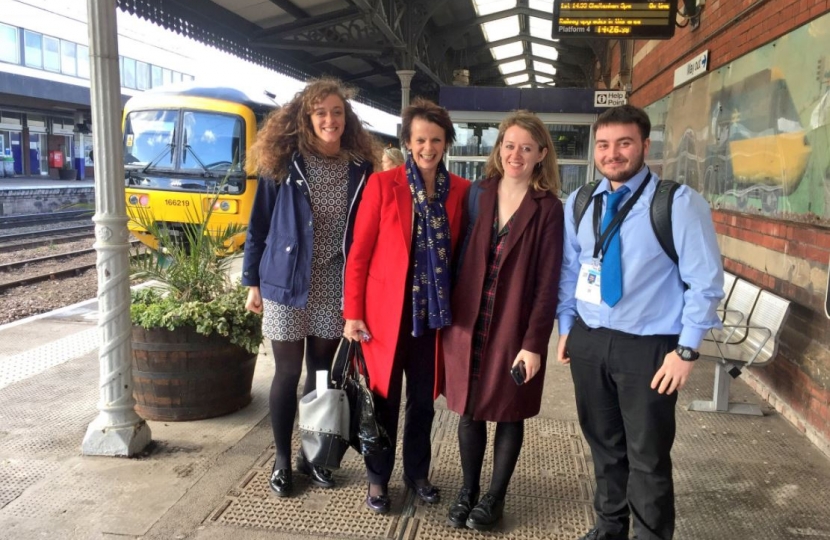 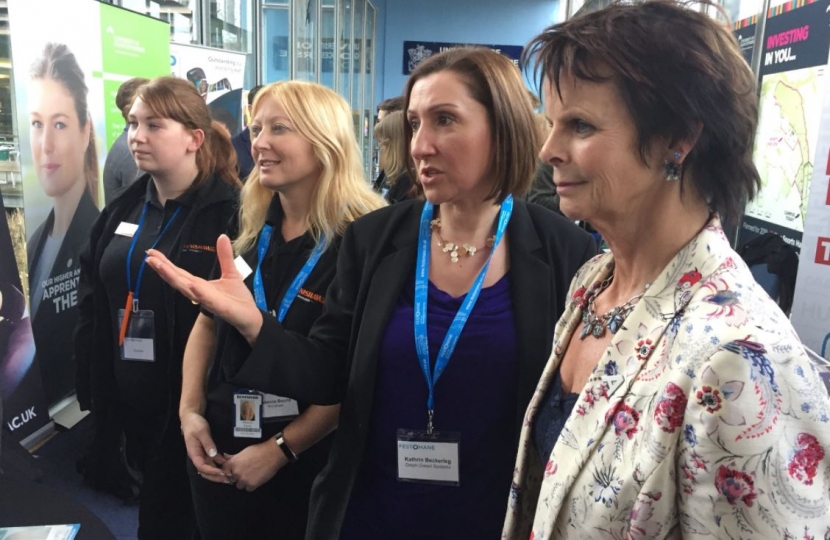 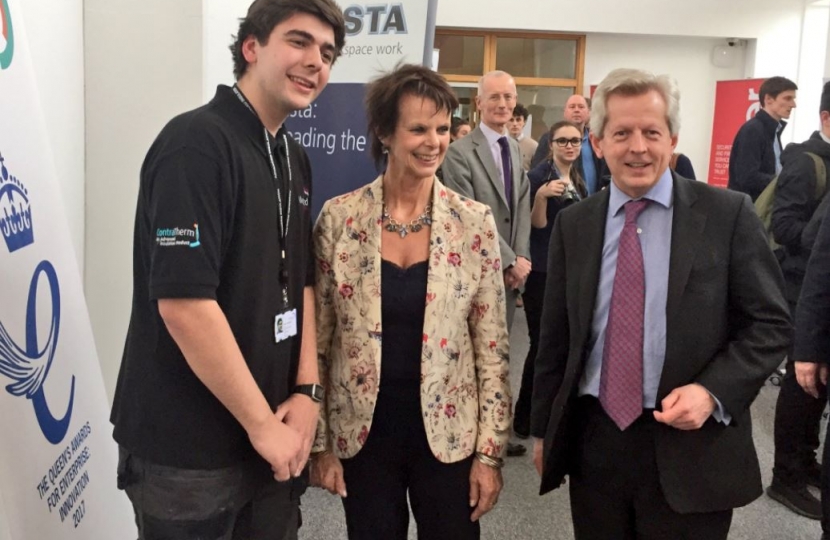 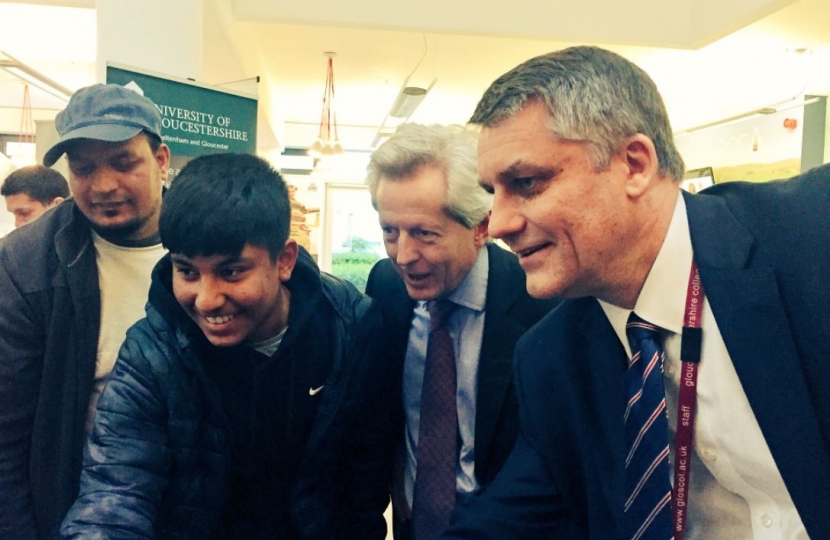 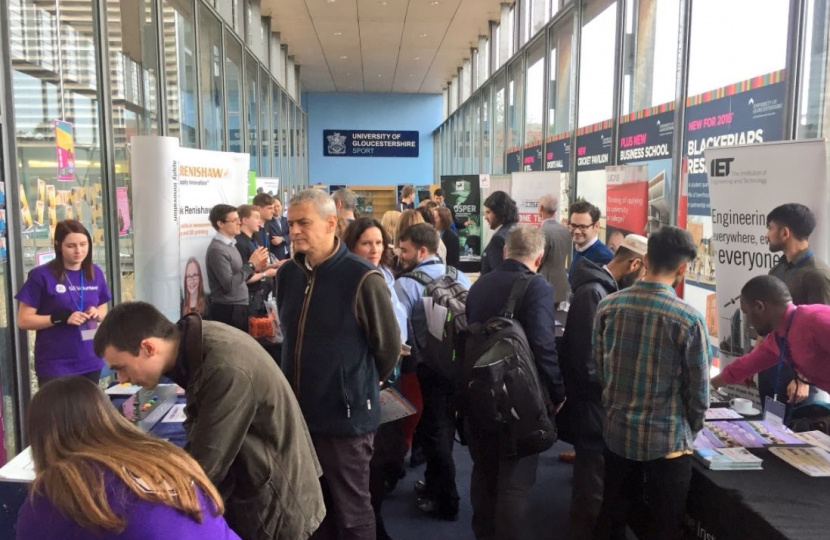 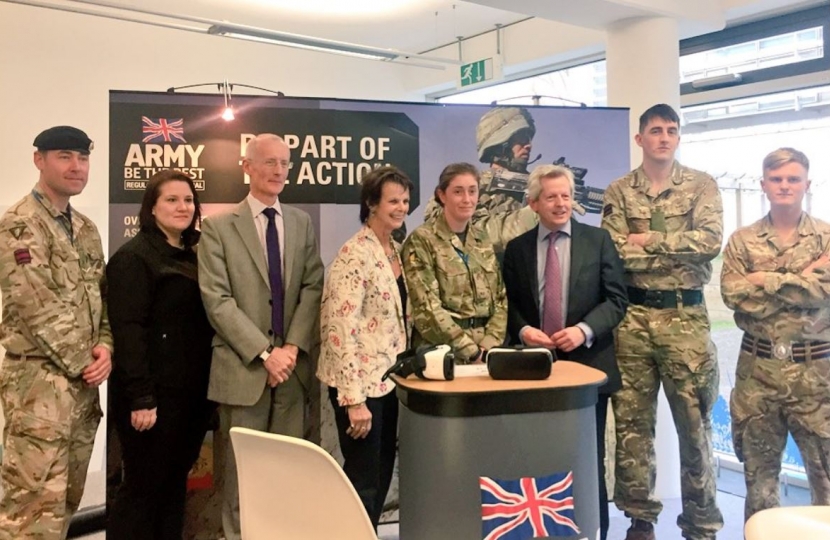 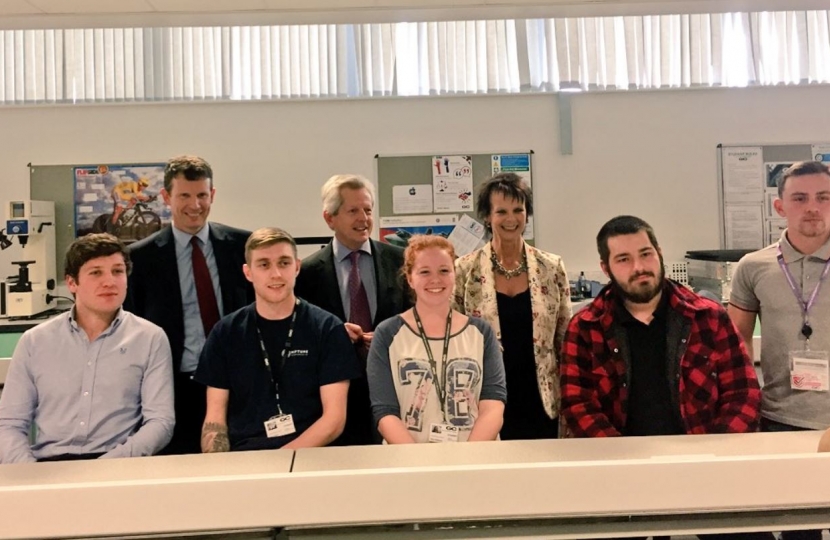 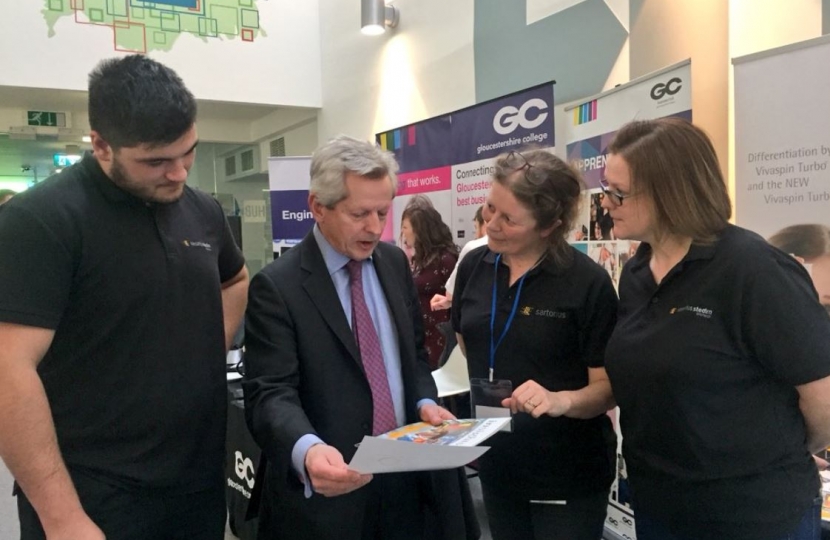 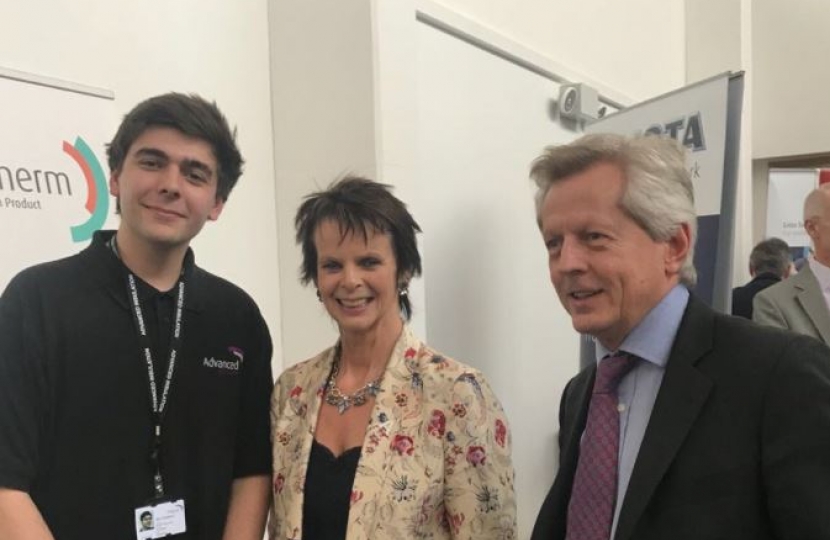 It was a great day for Gloucester yesterday, visited by the first female Apprenticeship Minister Anne Milton on International Women's Day and National Apprenticeship Week to present Gloucestershire College with a Beacon Award for the Promotion and Delivery of Apprenticeships. Huge congratulations to staff, the College, employers and apprentices.

I'm also delighted that Festomane was held for the first time yesterday in the University of Gloucestershire's Growth Hub. It was great that the Apprenticeship Minister could meet National EEF Apprentice Winner Ben Townsend from Advanced Insulation.

I'm so proud of the Gloucestershire businesses, apprentices, Armed Forces and trainers at Festomane. Centre for Cities highlighted recently how our manufacturing has grown not shrunk and it’s all about people and skills. Thanks to all exhibitors and congratulations to Festomane.

Since 2010 over 33,000 new apprentices have started in Gloucestershire, with 8,900 of those starting in Gloucester. Richard welcomed this trend and GlosCol’s contribution to these figures, with 4 of his own 5 apprentices having trained at GlosCol, including his current Business Admin apprentice Katie Barnett.

GlosCol was awarded the Beacon Award from the Association of Colleges (AoC) for its success rate of 84% in the last year, well above the national average. Matthew Burgess, Principal and Chief Executive of Gloucestershire College, said: “I am delighted that Anne could take the time out of her very busy schedule in National Apprenticeship Week to present the award to Gloucestershire College. The Beacon Awards are a national event that seek to recognise the very best in innovation, creativity and practice within the sector, so this is a considerable achievement.”

Festomane aimed to bring local companies together with young people to promote careers and opportunities in apprenticeships. Ben Townsend, an apprentice patternmaker for Advanced Insulation, was invited by Richard Graham to meet the Minister and talk about his national EEF Future Manufacturing Award, he said, “many people don’t realise how many different apprenticeships there are and the range of opportunities from GCSE to degree level. They’re in engineering and science and masses of other sectors, all giving the chance to earn while you learn.”

Minister Anne Milton said, “I was thrilled to meet apprentices at Gloucestershire College and to present the College with their well-deserved award for outstanding apprenticeship provision – they should be very proud. This National Apprenticeship Week I've travelled to Manchester, Leeds, London, York and Gloucester and have heard incredibly inspiring stories from businesses, providers and apprentices working across a huge range of sectors and at all levels. National Apprenticeship Week may be over for this year but every week needs to be about apprentices. We will continue to make sure everyone knows how amazing apprenticeships can be. Whatever your background and wherever you come from they change lives and change business for the better."

We’re spending more on schools than ever before and I'm working on getting more local pupils at our grammar schools and children from disadvantaged backgrounds too. Technical education is also important with over 9000 new apprentices in Gloucester since 2005.