What's happening at Widden Primary and why does it matter for cohesion in Gloucester?

I almost literally grew up in a school in East Africa my mother ran. She was later, like my elder sister, a primary school Deputy Head for many years. My other sister was, and one niece and our elder son are, teachers: another niece is an army instructor and a third a yoga instructor.

In a sense I've been surrounded by teachers all my life and believe this is much more than a profession and more like a cause - aspiring and motivating children at a crucial moment in their lives. This is also why I try and visit as many schools as possible, to see the future of our city get the best possible start.

Schools should be beacons of evolution and stability with an unremitting focus on pupils and what can be achieved for and by them - constantly revolving leadership and fast changes and then about turns of strategies are unlikely to help.

Widden Primary in Barton is a remarkable school, especially in a Gloucestershire context. At any given time it usually has pupils of over 40 nationalities and sometimes closer to 50. It is also home to a popular madrassah (or Islamic religious school).

So Widden has always been a barometer for me of the success or failure of diversity and cohesion in our city - and is why I've visited it more times than any other school in our city. We all need Widden to succeed - socially, academically and above all for the future opportunities of children who study there.

Balancing the need for skills and Ofsted's learning requirements with language and family challenges of some pupils (including but not exclusively refugee and asylum seeker families) is not easy and so (coming from a family of teachers and father of one as well) I've always had great respect for all the teaching staff and governors who commit to Widden.

•            This has now been terminated by the governors with immediate effect

By way of context:

•            What has now been announced less than a year later is a complete reversal of that strategy, and without a replacement vision

•            Meanwhile the school’s Ofsted rating of Require Improvement (RI, first given in 2018) was renewed in March 2022, with concerns about the quality of learning given the instability of leadership

I’ve spent time talking with the Chair of Widden’s governors, the Chair of The Crypt’s governors, other governors of Widden, the Department for Education Regional Director’s office, the GCC Director of Education, local councillors as well as reading mails from parents, staff and others.

I don't pretend to know or understand all that has happened - a more detailed investigation will need to be done by the Local Authority (given Widden's status as a LA maintained community school).

However this unexpected crisis at a school I last visited only 3 months ago, and those who've contacted me, require a response. So this is my take on both the situation and what should happen next. 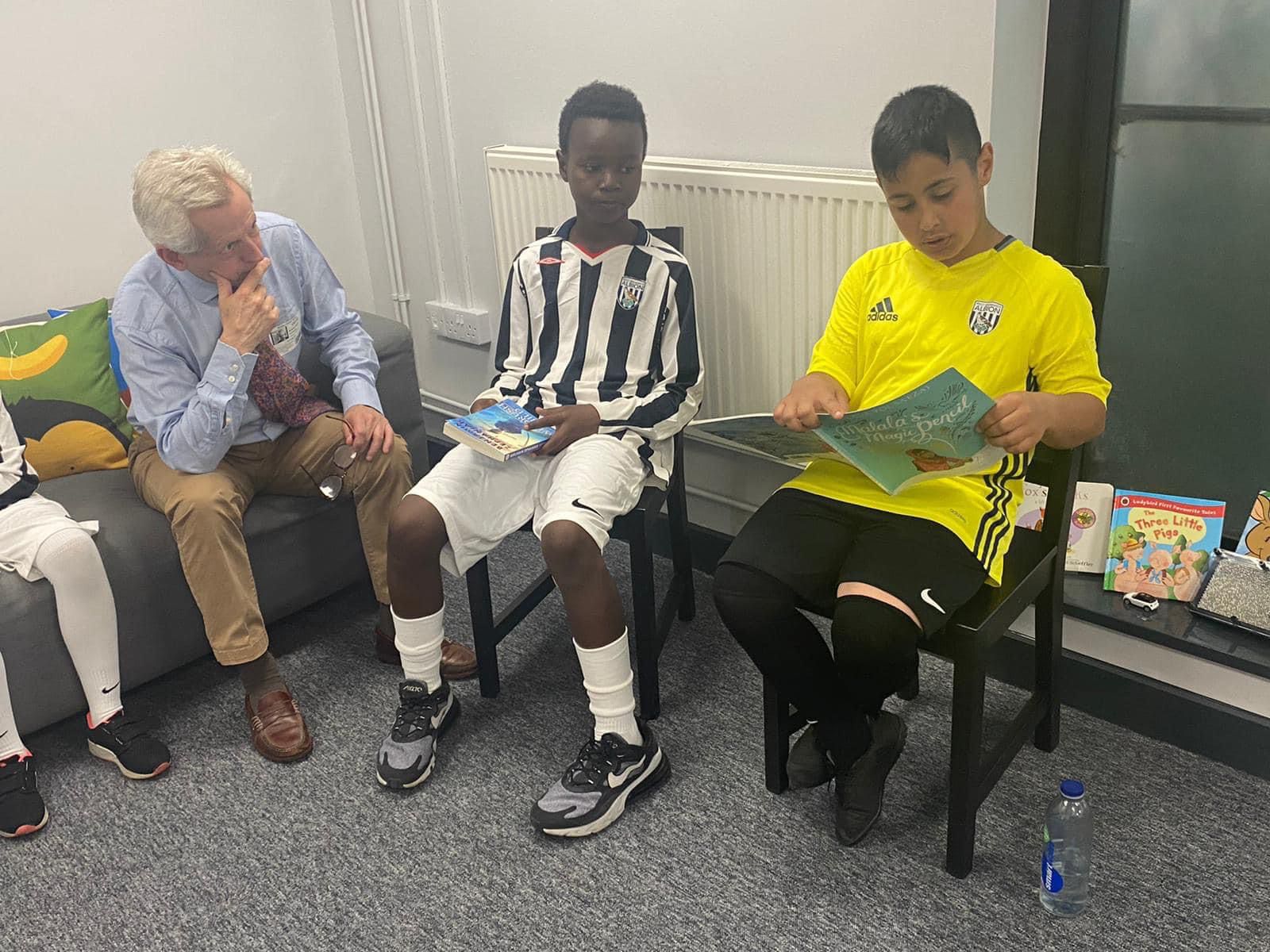 Like many other primary schools, Widden is currently a LA maintained community school. The government cannot force schools to become an academy (and nor would I wish for that), unless those schools are considered to be failing and in 'Special Measures', where the government can decide a multi academy trust (MAT) should take over the running of a school to achieve necessary improvements a stand alone school (for whatever reason) was not able to deliver.

The governors decided in 2021 to determine the school's own future through a merger with a new MAT created by The Crypt (secondary) School.

MAT with The Crypt School

In October 2021 Widden governors resolved ‘after careful consideration, that it was in the very best interests of the school.. to convert to academy status..and join The Crypt School in a new Gloucester City based MAT’.

‘We have now determined on a partnership with The Crypt..I feel a huge sense of pride to be leading the school into a new world where so many opportunities will be created for our pupils and staff. We will be able to access their science laboratories, sports hall and a huge range of specialist teachers for visits and masterclasses, as well as being part of their historic ethos and culture..I am hugely proud of what Widden currently offers to young people in our part of the city and I am delighted that our decision will offer even more.’

Consultation then followed with staff, parents and other stakeholders including and especially the County Council. The plan was endorsed. Many, though not all, in Barton & Tredworth’s diverse community welcomed the link to The Crypt, seeing an aspirational future for their children and community, as Widden’s chair had spelt out. I was asked to support the move and did so. So far so good.

Mrs Paulina Kirkpatrick was appointed from The Crypt to support the school in the winter, and formally appointed early this Summer as Interim Head for a year by a panel including Widden's Chair of governors.

The school then had a new Ofsted report in March that confirmed the school’s rating remained at RI, noting that:

“Leaders, including governors, are ambitious for all pupils. However the quality of education is not yet good. Significant turbulence in leadership means that planned improvements to the curriculum have not happened. As a result pupils are not developing their knowledge as well as they could.”

The 'turbulence' was partly a reference to change since previous long serving Head Tim Cooper’s retirement in 2020. At that time a new head was appointed for a 4 year term but subsequently left after a year. There was then an Interim Executive Head for 7 months before Mrs Kirkpatrick’s appointment. Four Heads then in a very short space of time – with a fifth now to come.

An extraordinary meeting of governors on 12th July 2022

For whatever reasons, the relationship between the previous Interim Head from The Crypt and Chair of Governors, and presumably between the two schools, Widden and The Crypt, then deteriorated rapidly (unbeknown to me). I understand  an extraordinary meeting was called in early July for non staff governors at Widden to vote on whether the school should continue on the road join the MAT with I believe the phrase “This decision will be final”.

Governors present then voted not to join the MAT, effectively completely reversing the decision for a 'new world' made less than a year previously. Head Paulina Kirkpatrick was asked to withdraw immediately. 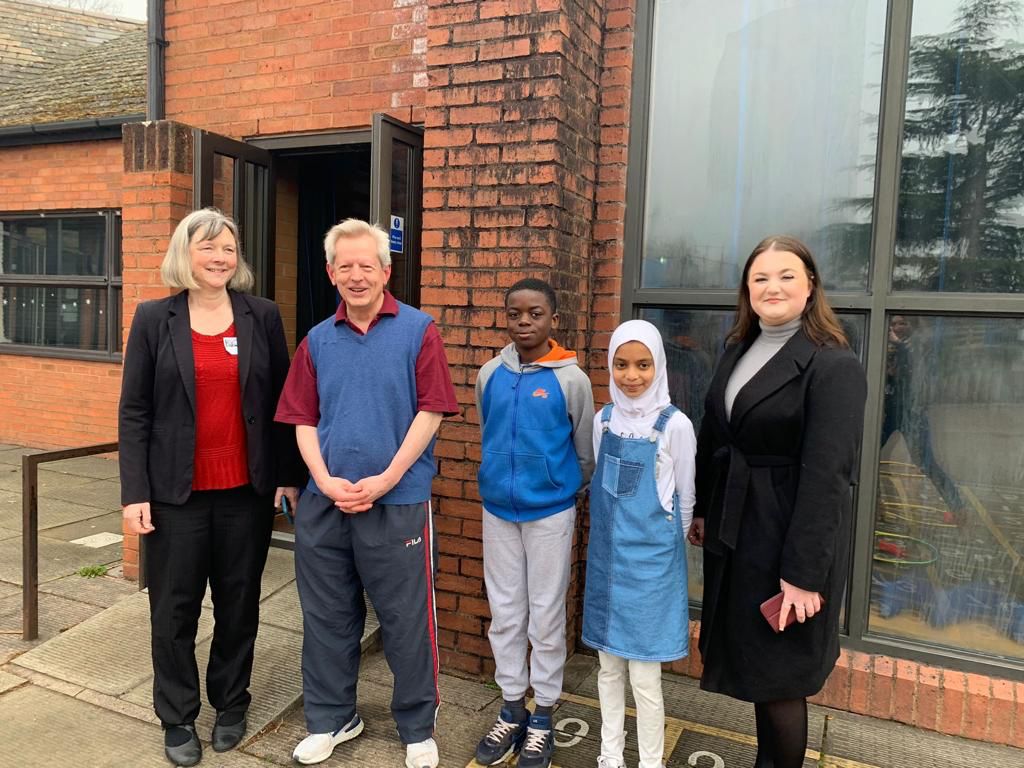 So who is running the school now?

Dave Hill, Head at Cheltenham’s Oakwood School, has been brought in as a new Interim Head a few days ago.

The latest developments do mean that both the vision and strategy for the school are up in the air, leading to uncertainty and real concern about the future, not least for existing and new staff due to start in September.

I believe credit is due for bringing in Dave Hill fast as Interim Head. That means everyone knows who is running the school next term, and for as long as is necessary to stabilise the situation - with a clear focus on learning and the Ofsted concerns. Mr Hill has been meeting staff this last week and that should be reassuring for all stakeholders: I look forward to meeting him soon.

The question marks are therefore more about the governance and strategy.

My own views & what happens to governance

In the last year at Widden pupils seem to have come a far second. The school needs to get back to focusing on their pupils and giving them the best life chances.

There are two separate but intertwined issues: governance and academisation. The GCC is responsible for governance as the school comes under its direct authority. Any investigation could lead to the issue of a Warning Notice, which governors would be consulted on before further action is taken. One of the options available at that point would be the appointment of an Interim Executive Board (IEB) - with the entire current board of governors asked to step down: or the status quo reaffirmed.

Whatever has gone wrong - and mistakes are likely to have been made on all sides - the Chair and governors have to take responsibility for their decisions and so I believe an investigation should take place as soon as possible.

The Regional Schools Director is responsible to the DfE on the academisation of the school, and will need to consider either with the current board or a new IEB whether the process with The Crypt MAT could and should continue and if not what happens next.

We can all agree that the recent drama is not helpful to the stability or success of Widden School and I am deeply disappointed that those in charge at both schools did not resolve their differences before the sudden announcement by Widden.

Is it credible for governors to promote a wonderful solution and future, and then within a year abruptly u turn, pulling the plug on a signed agreement? Governors will need to show clear evidence of overwhelming reasons why their original assumptions were all wrong and why their original research did not flag these up.

Did they jump in with The Crypt too fast, or jump out too quickly: or both? Had The Crypt underestimated the learning and logistical difficulties it was taking on and were they unable to deliver on their side? Were and are the schools well suited partners or not? These are all questions, as well as others, the LA will need to unravel.

Leadership is never easy, and being a volunteer governor a vital and under appreciated community service. But this is a sorry saga. I have my own views on the leadership at Widden, but it would be wrong to pre judge an investigation into the process of governance by those responsible and I hope the GCC Director of Education will announce shortly.

After the process of governance and decision on whether the current board should continue, the next priority is to decide Widden’s future.

Meanwhile can I encourage staff and parents, especially when with pupils or their children, to focus on their needs and next term under Dave Hill's leadership. We have every reason to have faith in his experience and record at Oakwood.

Widden is a school, and a cause, well worth us all serving in different ways. I am very sorry that what looked so promising a merger has, at least for now, come unstuck, and know how unsettling this is. But I am confident that this moment too will pass and believe that Widden can return to its good Ofsted rating, and that a bright future will emerge again in due course. I hope parents will have faith and work with teachers and the school to help achieve that.

Do send any further questions to me via e mail richard.graham.mp@parliament.uk