What's happening about Violence Against Women and Girls?

Sometimes one single grotesque act of violence leads to real change – and I hope that the awful murder of Sarah Everard by serving police officer Wayne Couzens is precisely that moment on Violence Against Women & Girls (VAWG).

But change doesn’t just happen – so 12 years on since the first Call to End Violence Against Women and Girls in 2010, what progress has been made? Because we need make sure that VAWG isn’t an acronym that we just pay lip service to, but a cause to be pursued.

And if anyone doubted this is a cause we should all sign up to, then Olena Zelenska (wife of the Ukrainian president) reminded us in Parliament that the youngest person raped so far by Russian soldiers was 4-year-old, and the oldest 85 years old. That’s here in our continent. Only by an accident of geography it wasn’t our child or grandmother.

So after the International Day for the Elimination of VAWG and 16 days of activism since, I’ve been thinking about what progress has been made since we first defined the first, and what still needs to be followed up.

The main changes so far have been: 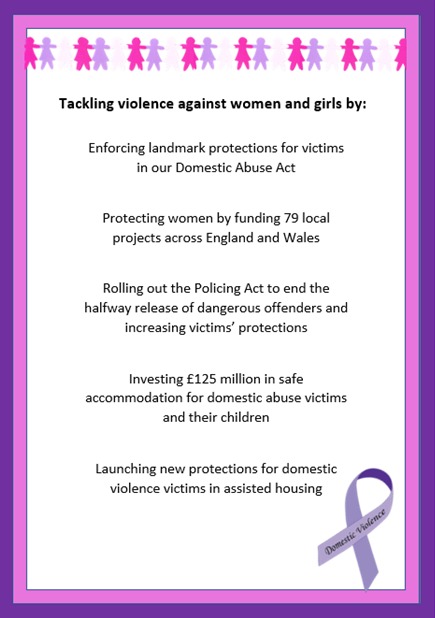 I know from support we’ve given to female victims of domestic abuse and violence how precious the changes in the Policing Act are and will be.

That change in turn led to Stalking Protection Orders, which a Chief Constable told the Home Secretary recently was one of the best tools in the fight against VAWG.

The Government has also ended the automatic early release of violent and sexual offenders from prison.

This isn’t an abstract national issue for us here in Gloucester either: we have the highest reported rates of domestic abuse in the County, and 93% of recorded perpetrators are male. 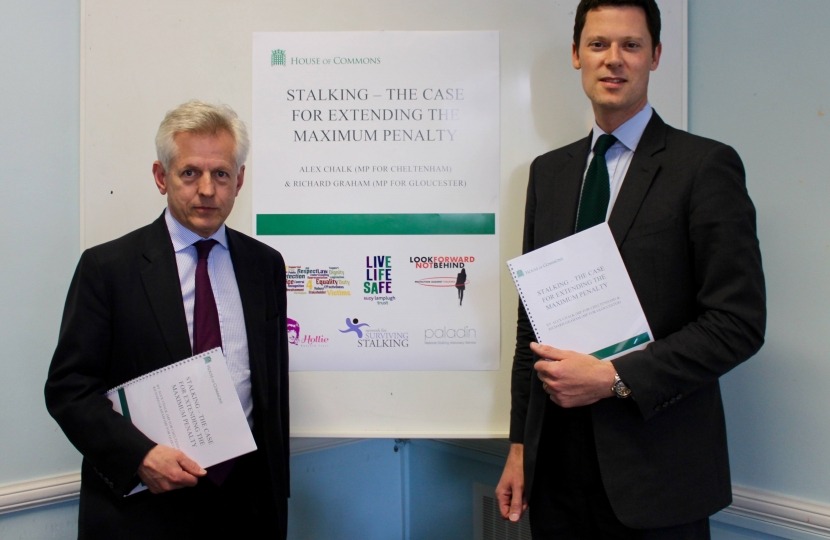 In 2014 this was pushed to the front of local and national news by the ghastly murder of Hollie Gazzard in 2014 and there have been other terrible losses since. In 2020, 110 women were killed by men, and over half by current or former partners (as in Hollie’s case).

A lot has been learnt from this. The Hollie Gazzard Trust, launched by Hollie’s father, Nick Gazzard, has been leading locally and nationally on what more police forces can do to tackle VAWG.

This month has seen the launch of Hollie Guard Extra ‘Guardian Angel in a Box’ on Amazon. This allows individuals to buy the Hollie Guard Extra for another individual and give to them. The box contains a code which the recipient enters into the App and gives them access to Police approved 24/7 report and response monitoring service: Protect your loved ones with a Police approved 24/7 personal safety service. HollieGuard in a box is a Police endorsed product and trusted charity. : Amazon.co.uk: DIY & Tools

So, technology has a huge part to play, which is why I organised a virtual conference in partnership with the charity last November to promote this to police, Councils and other MPs. Nick was deservedly awarded the ‘Points of Light’ Award from the PM recently for outstanding work tackling domestic abuse and stalking, and we are very lucky in Gloucester to have several important figures like Bishop Rachel, and award-winning charities like the Nelson Trust, who also lead on important work in this area. 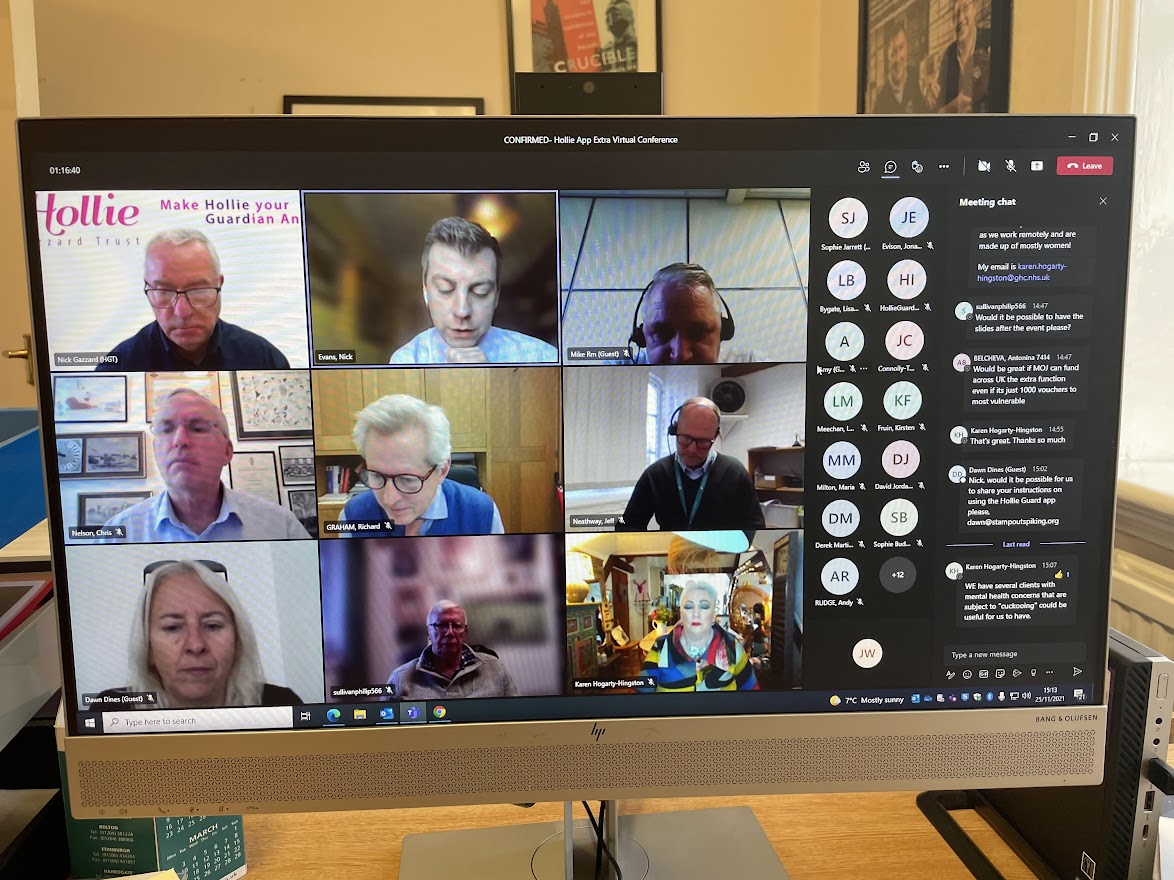 As a result of work, we’ve either researched and led on (like stalking or spiking) or supported, I continue to learn more. My Caseworker Emma recently visited Gloucestershire Rape & Sexual Abuse Centre (GRASAC) to hear about their work in supporting victims of rape, sexual abuse, and harassment. They are a key resource in our city for victims – for both advice and practical help. They also host the ‘Reclaim the Night’ march on the 25th of November each year, aimed at reducing gender-based violence. 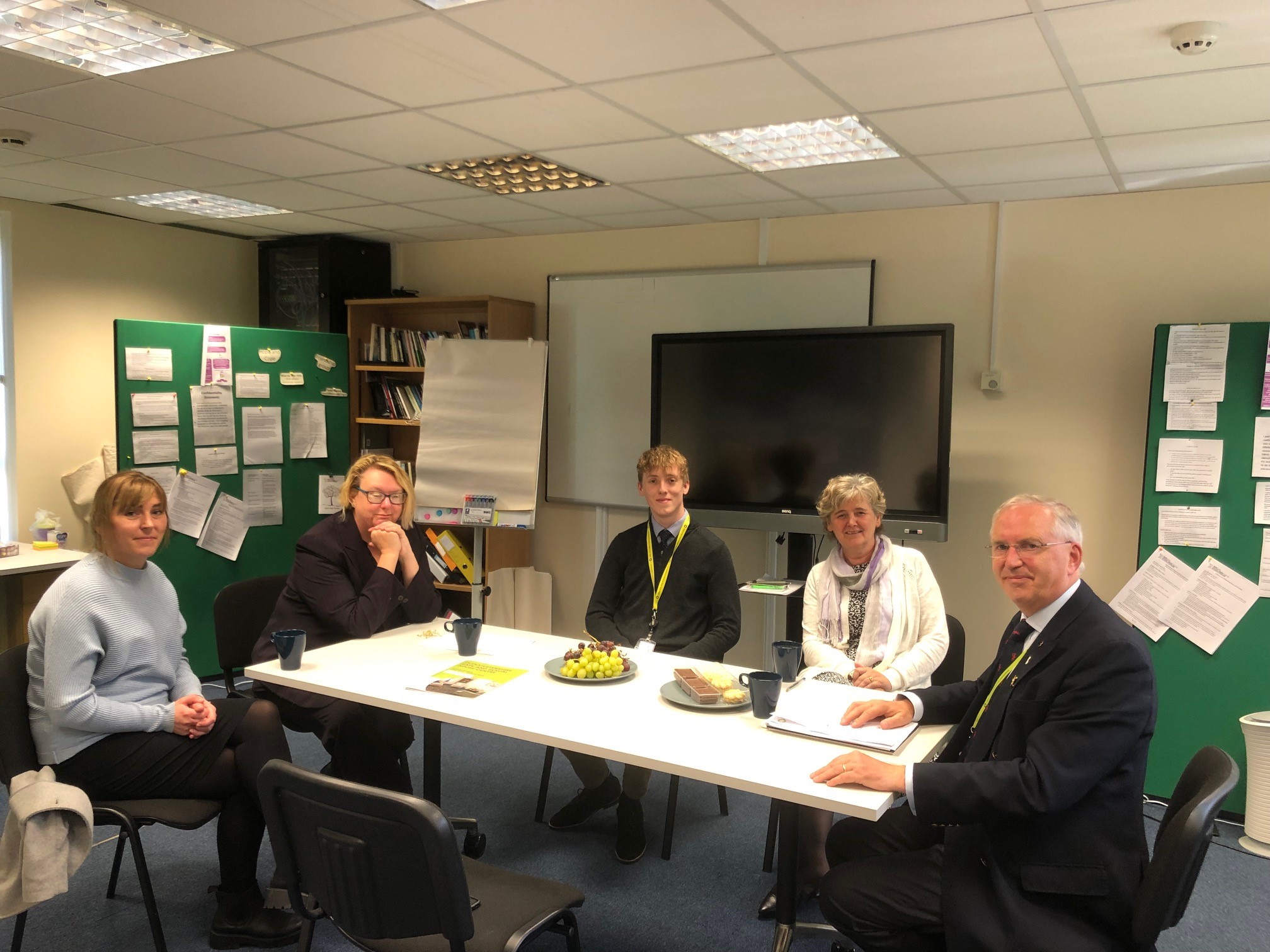 My Caseworker, Emma, visited GRASAC with PCC, Chris Nelson, to meet with trustees and staff at their head office to talk about their work supporting victims of rape and sexual assault.

School education now reflects this too, with an emphasis on boys understanding what’s appropriate and what not – and the consequences of getting this wrong.

I alluded to my interest in spiking, which comes from the experience of my constituent Maisie Farmer - spiked by a needle while out with friends in Worcester. She had difficulty getting help and support because spiking is a criminal act only where there’s a secondary offence, like poisoning or sexual gratification.

Her experience exposed to me a gap in the law and so I also invited then Safeguarding Minister Rachel Maclean MP, accepted my invitation to Gloucester for a roundtable discussion with our PCC Chris Nelson, and other organisations like the Nelson Trust to discuss how the government could help. 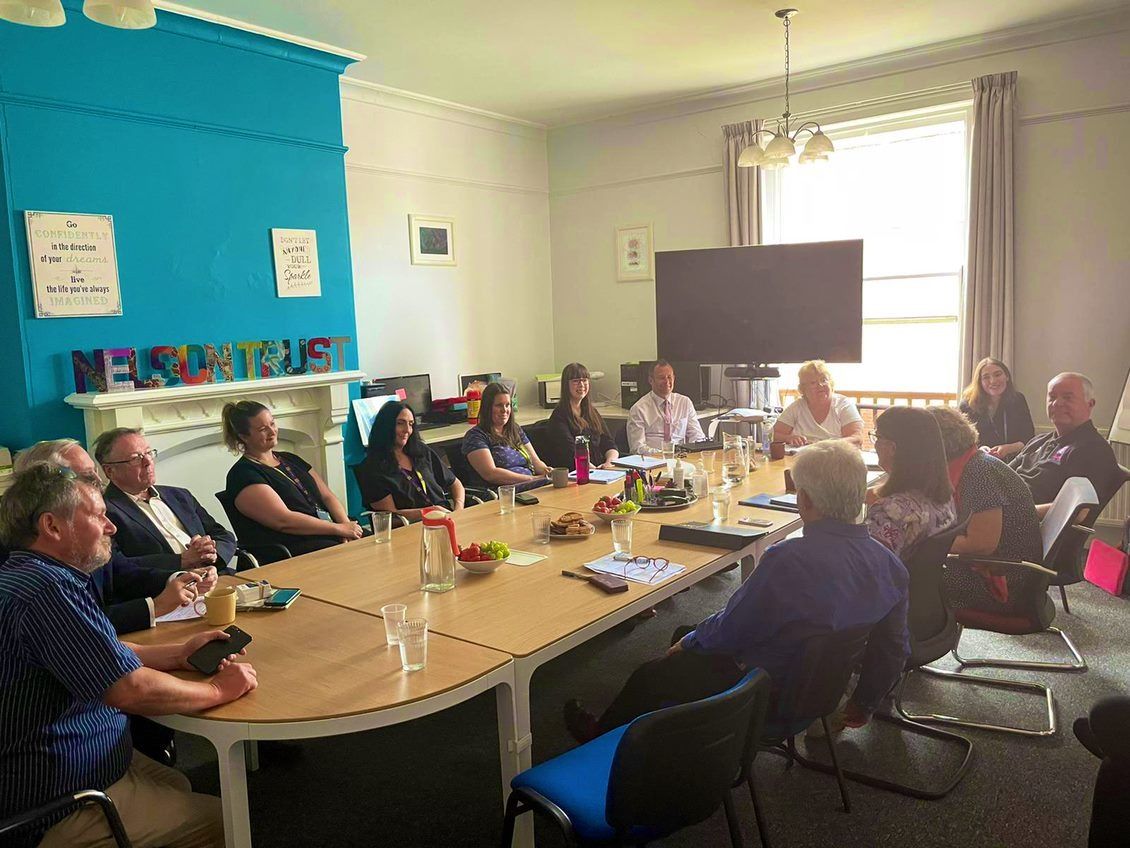 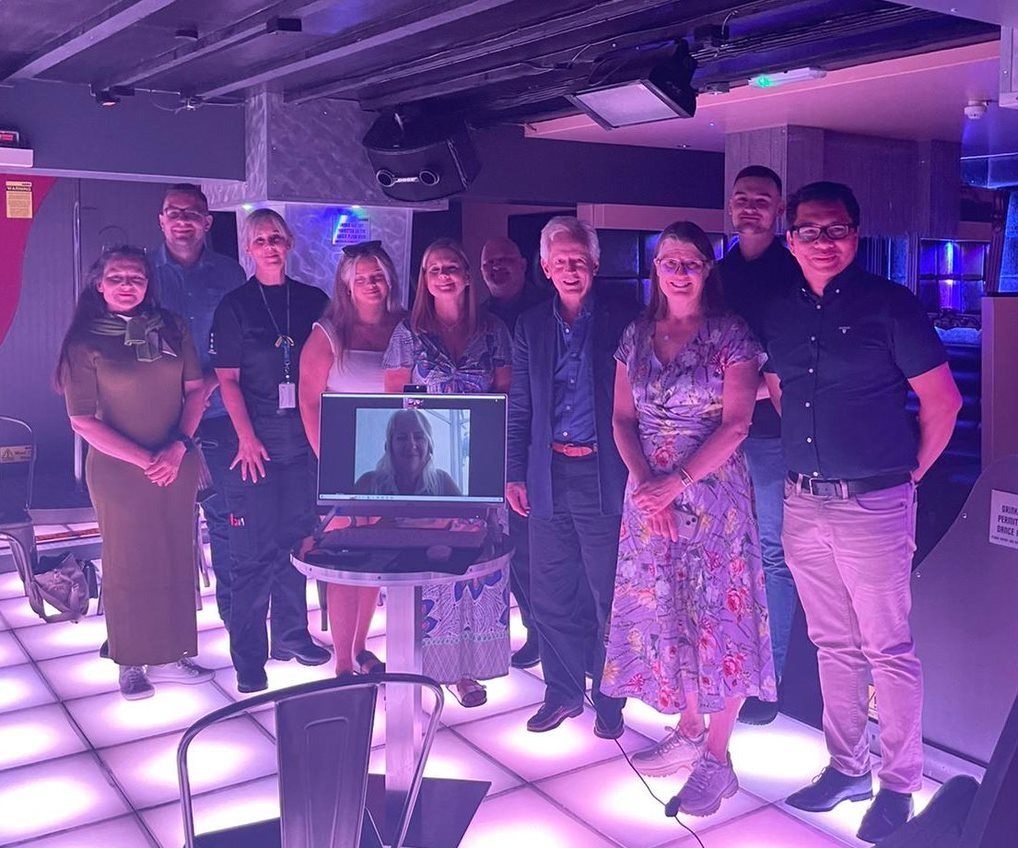 In January this year I then proposed a Ten-Minute Rule Bill for the administration or attempted administration of a substance to be an individual and specific offence: https://www.richardgraham.org/campaigns/spiking. The then Home Secretary agreed to look into this and I’m encouraging the new Minister to push forward with changes to the law.

Meanwhile Maisie, her mother Rosie and I were interviewed by GB News here in Gloucester about ‘people power’ and how a constituent experience might be about a change in the law. (To be aired on December 26th).  I hope this is indeed the end result: law can’t change everything – but it can act as a strong deterrent 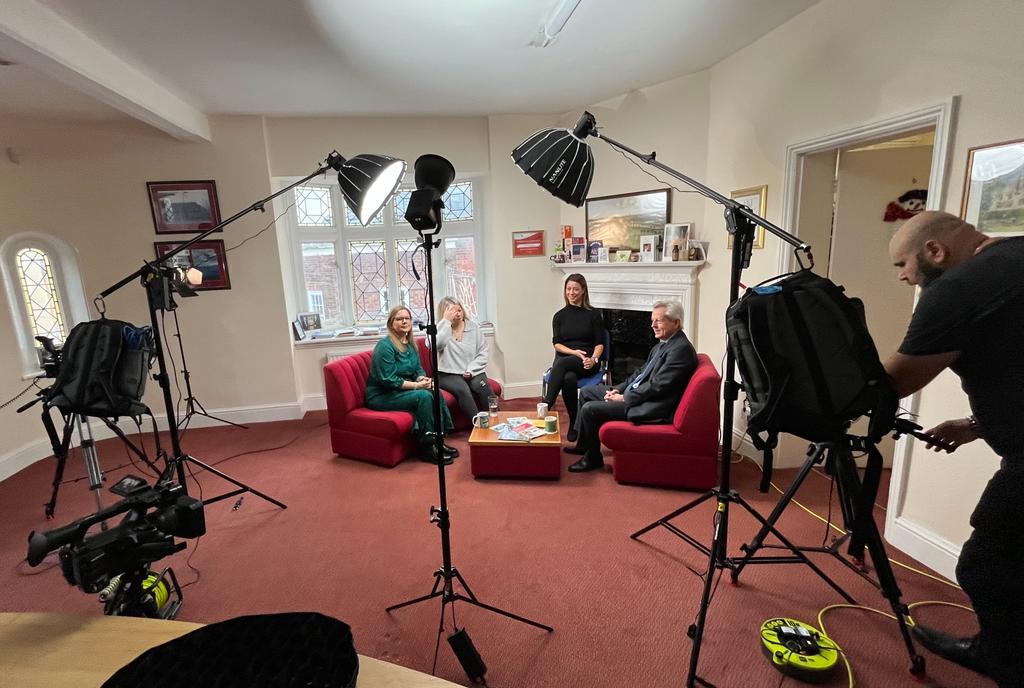 Overall, I don’t want to exaggerate the problem in our city – but nor do I want to shy away from it. Gloucester is generally a safe place and there is lots of of energy by our police and elected representatives across the county to do more.

Some existing initiatives, like the work of City safe and the City Protection Officers, the Purple Flag award (in its sixth year), and physical regeneration work to the underpass between Gloucester Train station and London Road, and CCTV in Gloucester Park are making or will make a real difference to safety. But that’s no reason to sit back. All of us – every time we see something unacceptable in behaviour to women – can help. It’s only when men champion VAWG that we see behavioural change – which is why I like the poster campaign in the Underground (below) 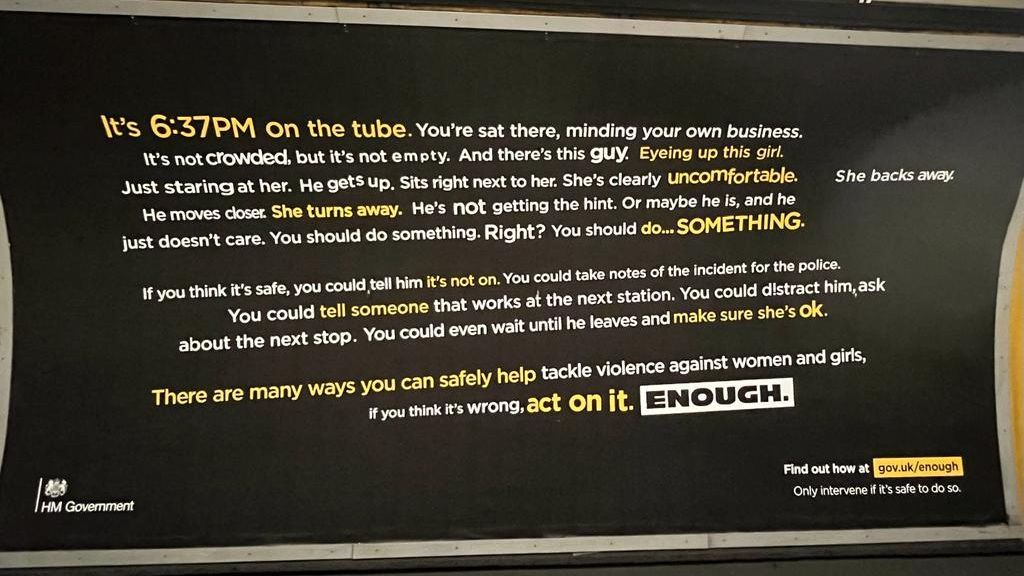 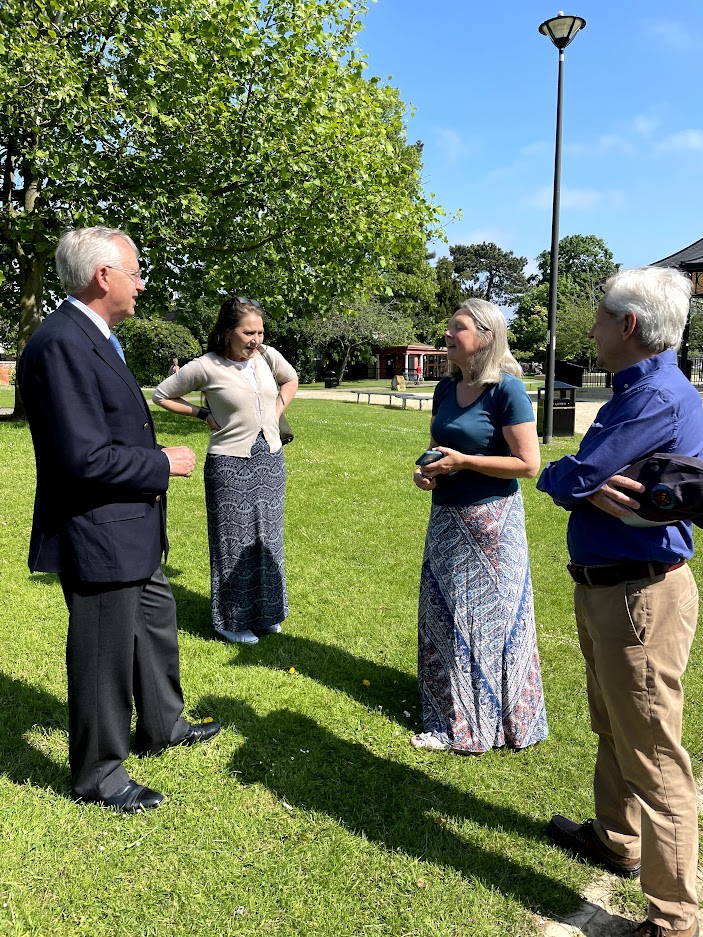 Cllr Dawn Melvin, PCC Chris Nelson, and Sandie Reeves of Friends of Gloucester Park- one of the areas of the City to benefit from the Governments Safer Streets Funding

There is always much more to do nationally and locally, and I welcome your thoughts and suggestions. Do e-mail them to me at richard.graham.mp@parliament.uk

Copyright © 2022 Richard Graham MP, All rights reserved.
Through correspondence with me you opted into my e-news letter.

Want to change how you receive these emails?
You can update your preferences or unsubscribe from this list

There's a slightly gloomy consensus out there that 2022 was a bad year for the UK.