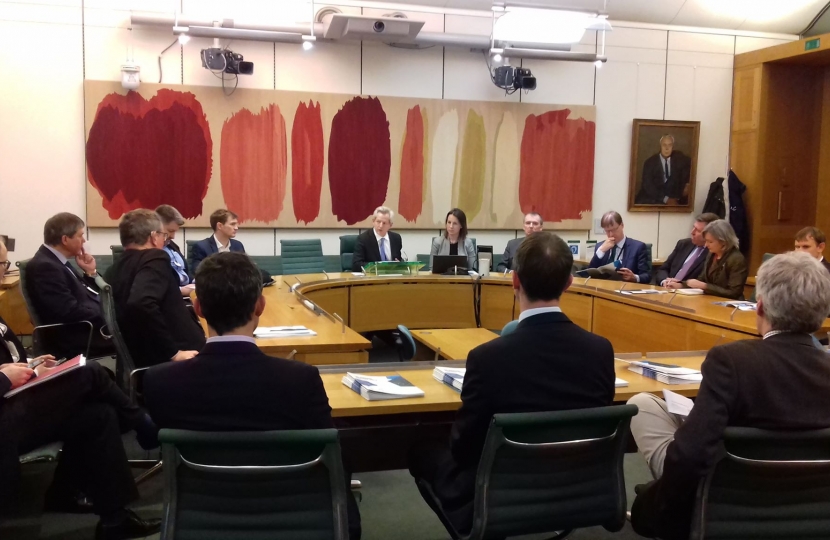 91 Members of Parliament from all the main parties have signed a letter to the Energy Minister Claire Perry, urging her to put measures in place to ensure that the UK capitalises on its role as a world leader in wave and tidal power.

The world’s first tidal arrays are operating in UK waters, built using local supply chains and we are already exporting our marine expertise to 25 countries. Costs are set to plummet as the industry scales up. The UK’s tidal stream industry could bring economic benefits worth £1.4bn by 2030 and support 4,000 jobs. Wave technology could generate £4bn by 2040 with 8,100 jobs. Most of these would be in coastal areas needing economic regeneration.

The letter, written by the Conservative MP Richard Graham, the Chair of the All-Party Parliamentary Group on Marine Energy and Tidal Lagoons, encourages the Government to include new policies to support innovative wave and tidal stream technologies in its upcoming Energy White Paper. These are needed because the current financial support mechanism - auctions for Contracts for Difference - will not bring forward marine renewables, as the sector is at an earlier stage of development than other technologies which are also competing for CfDs such as offshore wind.

Conservative, Labour and Liberal Democrat MPs who signed the letter suggest reforming the CfD system to so that marine technologies compete among themselves for Government-backed power contracts. This would drive competition and reduce costs, while incubating them until they are cost-competitive with other mainstream forms of low carbon power. The MPs also highlight an industry proposal to offer tax rebates to corporations which agree to pay above the market rate for electricity generated by wave and tidal projects, known as Innovative Power Purchase Agreements.

The MPs also warn that the UK faces increasing competition from Canada, the USA and China for investment and expertise. However, with the right support, the UK is in a position to lead the global market which could grow to £76 billion by 2050.

The Chair of the APPG, Richard Graham MP, said “Marine energy is an innovative, world-class industry in which the UK is a global leader. We have an unparalleled resource with 50% of Europe’s tidal energy and 35% of its wave energy. It is time to grasp the opportunity in front of us, as the Government has with offshore wind. Right now people are clamouring for more action on climate change. Marine energy provides a perfect opportunity for the Government to show that it is listening.

“To ensure the industry keeps growing, marine energy needs a route to market. The right kind of support will enable firms to take investment decisions which will ensure we retain our advantage – otherwise it will slip away to international competitors. We need to secure the UK’s pole position as a leading exporter of marine technology around the world, capturing the lion’s share of the global market”.

Update on testing in Gloucester

I’ve been contacted by constituents about testing in Gloucester, and in particular about difficulties with getting appointments at Hempsted Meadows.