URGENT - ‘Prorogation’: what it’s all about? 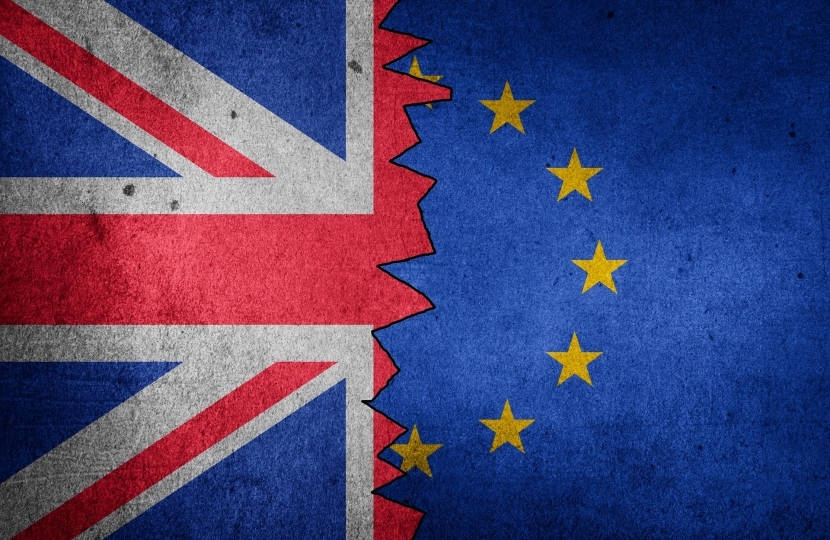 This is a note designed to answer constituent queries and throw light (dispassionately) on the issue of the moment: the new Prime Minister’s decision to ‘prorogue’ Parliament in September and October.

So, is the government’s move unusual?

(This answer is from Parliament itself)

‘No - Parliament is prorogued at the end of each session, which is usually about a year. However, the current session has lasted over two years. This is the longest for over 350 years’ (ie since the Civil War era).

How many days’ debate will actually be lost?

My understanding is Parliament will be prorogued on the 10th Sep, two days before the Party Conference Recess is due to start, and that we’d reconvene on the 14th October, 4 days after Parliament is due to return. So, 6 days debate will be lost.

Why is the government doing this?

The main reason given by the PM to all Conservative MPs is to prorogue in order to have a new session, introducing plans for future new legislation through the Queen’s Speech, while debating any deal resulting from the EU Council of the 17-18th October on 20-21st Oct and legislate for it before the 31st October.

But why does the government need to shorten debating time?

It doesn’t (in my view). The only rationale for this is to reduce opportunities for debate and possible attempts either to unseat the government or for Parliament to take control of parliamentary business ie try and legislate against No Deal. It’s worth remembering that the option of No Deal was defeated by a large majority in March this year.

Does that mean the government is trying to ram through No Deal?

Not necessarily. The government’s stated objective is to change the ‘backstop’ insurance policy on the Northern Ireland / Republic of Ireland border so that the UK could not be obliged to stay in the Customs Union longer than we wanted to.

The government is implicitly arguing that by preventing Parliament from ruling out No Deal everyone (including the EU) would be clear that if MPs do not vote for a Deal the government hopes to realise with the EU they would, in effect, be voting for a No Deal exit on October 31st. So, the main message would be to Opposition MPs who continue to say we don’t want No Deal but have 3 times failed to vote for the government’s Deal. This would be put up or shut up time.

Isn’t this trying to put a positive spin on things - didn’t Boris Johnson and all the candidates rule out proroguing Parliament in the leadership election hustings before Conservative MPs?

He and they all did: although to be fair the assumption in the Hustings was that Prorogation meant much longer than 6 days.

But isn’t the effect the same?

I don’t think so. There is traditionally a vote on the Queen’s Speech, which is effectively a vote of confidence, and this will be after the EU Council. We will therefore know whether there is a New Deal to support, or a chance to resurrect Theresa May’s earlier Deal (which 30 Labour MPs have now said they regret not supporting) or to debate No Deal. (Worth noting that without Prorogation it would not be possible to vote again on the ‘May Deal’)

I am convinced that Parliament will find a way for its will to be exercised, if it wants to, even if time is short. That is, I think also the position of the Speaker, who has to be strictly independent of the outcome but will do his best to ensure Parliament does vote on what is proposed. It would be totally wrong for Parliament not to vote on how we leave the EU, and very damaging for our democracy.

What outcome do you want?

A good Deal. I thought the earlier Deal was a good one and the argument over the ‘backstop’ largely synthetic.

It was and is inconceivable in my opinion that we could not reach a comprehensive Free Trade Agreement ++ (for other eg security, nuclear, aviation, chemical & research issues) with the EU within the 2-year transition period agreed, given that most of the key points are already sketched out in the Future Political Agreement. And I don’t rule out that Deal being supported if No Deal really is the only option presented.

But it’s not on the table at the moment, so are you really a closet Remain at All Costs or pro Second Referendum MP?

No. I’ve made it very clear in all my earlier notes that I accepted the Referendum result 3 years ago and have voted to leave every time that option has come up (3 times).

There are 2 types of anti No Deal MP: those who want to disregard the Referendum result and somehow avoid leaving the EU (Lib Dems above all); and those like me who don’t like it because they fear the consequences for constituents will be a lot more painful than enthusiastic new No Dealers would have us believe.

(By the way No Deal formed no part of the Vote Leave campaign, as Michael Gove has often confirmed. Its rise and rise is just part of the mission creep that has accompanied the business of Brexit, as views have polarised).

So what is your best case scenario by October 31st?

It is just possible that our new PM will be able to pull off what Theresa May couldn’t quite: which is a change to the border backstop issue that enough people in Parliament will support for the Deal to be done. This will need constructive engagement by the EU, support from my colleagues, the DUP and I hope a chunk of Labour MPs who can see their manifesto pledge of respecting the result of the Referendum has been softened and softened into a shadow of lip service.

And the worst-case scenario?

The PM tries to force through No Deal, Parliament disagrees, forces the government to extend Article 50 again and we go into an election without having resolved the issue. The electorate would rightly despair.

At the end of all analysis isn’t the whole Prorogation thing simply a constitutional outrage?

I think outrage is over used at the moment, and calm in short supply. Prorogation of this kind is legitimate. Parliament itself has explained why and it’s been approved by HM Queen. The ‘end of democracy’ type headline is a long way from the mark.

So, it’s all fine and we should relax?

Let’s hope. If in practice Prorogation turns out to push Parliamentarians into supporting a Deal (and ending the Labour nonsense of not wanting No Deal but not supporting a Deal) then most of us should be grateful. But it does dial up the risk of No Deal. It could take us closer to the question most of us never wanted to face - No Deal or No Brexit.

Parliament reconvenes next Tuesday. I will listen to and talk to almost everyone, and certainly give the new government all support for a Deal. But I will not be replying to Jeremy Corbyn’s letter suggesting I should join talks with him ie join him in a motion of No Confidence. Whatever the risks of No Deal they pale into insignificance when compared with what a Corbyn government would do to our nation, and how it would impact the world.

I hope this answers most queries but if you still have questions unanswered do e mail me, but I can’t guarantee to answer everyone individually at such a hectic time as quickly as usual.

Gloucester’s MP, Richard Graham, has signed a letter to British Gas’ Chief Executive, Sarwijit Sambhi, calling on him to reconsider ending the Paypoint contract and so heavily reducing the number of places constituents can top up their prepayment meter.