An update on apprenticeships - where are we now? 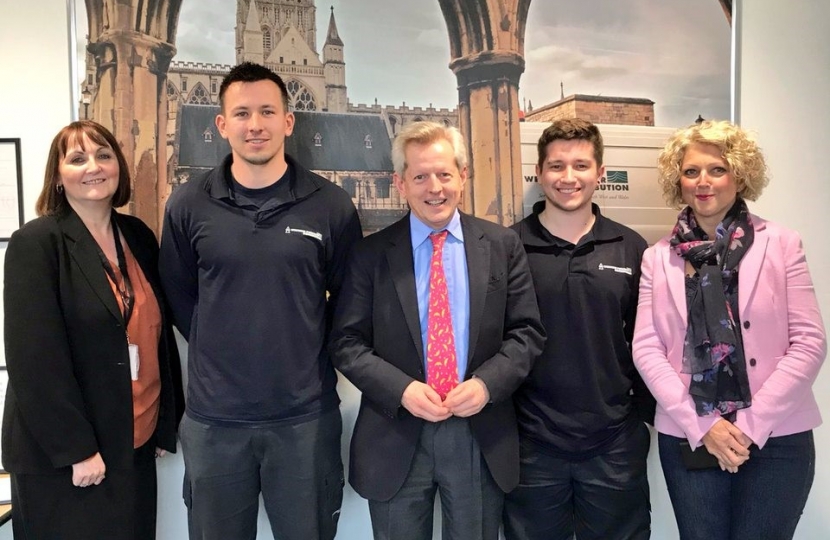 An update on apprenticeships - where are we now?

Last night during an onstage conversation at the Gloucester History festival with the Director of GCHQ, he confirmed that 47 new apprentices at GCHQ have graduated this week, making a total of 215 completed apprenticeships at GCHQ since their scheme began in 2012.

Gloucester apprentices include administrators at the Pied Piper charity, masons at the Cathedral, marketing staff at Punchline magazine, and groundsmen at Robinswood Golf Club, as well as the many at bigger employers like EdF Energy, Safran (ex Dowtys) and other aerospace manufacturers and contractors, Clarkson Evans the electrical engineers, Stagecoach (see photo), Western Power Distribution (WPD: see photo) and many at both our City and County councils.

And the largest provider of apprenticeships is our NHS Hospital Trust (appropriately as the biggest employer in Gloucester), which currently has 172, more than the number enrolled from 2015-18 altogether. Encouragingly, since I was closely involved both in the political campaign to start the Nursing Associate programme and in supporting the University of Gloucestershire's ambitions to be approved to offer the course, there have been 50 students for their Nursing Associate (Higher Apprenticeship) course.

All of these are with the NHS and offers a new pathway into nursing - increasing opportunities for young people in Gloucester, who can both work and study without leaving home, and increasing the number of 'home grown' nurses, which is good for city and county.

As my own current (and sixth) apprentice Katie has passed her Level Three in Business Admin and moves on to new pastures soon, this is a good moment to reflect on what has been achieved, what remains to be resolved and what's the future for apprenticeships.

The first thing is apprenticeships work for both apprentices and employers. Over the last decade I've met hundreds if not thousands of Gloucester apprentices, awarded many their certificates and admired two things in particular: firstly their genuine pride in their chosen trade and employer and second their responsibility - both of which are invariably greater than others their age, especially undergraduates.

Schools are better at telling pupils about apprenticeships, but there's further to go. In 2010 secondary schools were still fixated on earlier regime's goal that half of all of pupils must go to University. Too many apprentices used to say me that the word 'apprenticeships' had never been mentioned at their school. That's changed, and there's much more respect for apprenticeships now - partly because of some of the employers mentioned above - but because teachers have degrees, schools have very little direct experience of apprenticeships. So they need to invite back ex pupils who are now apprentices and employers to meet and talk with current pupils. Some schools are very good at this: others less so. All schools should make sure pupils have the best chance to see different options in life.

Training provider options have improved. Many apprentices study at Gloucestershire College (GlosCol), specialist business funded organisations like Gloucestershire Engineering Training (GET) but apprentices can also be hired through many other providers, and higher apprenticeships are also awarded by the Uni of Glos, sometimes in partnership with eg GET. the landscape may sound confusing but there is a lot more informed advice now than there was. And smaller employers, who used to shy away thinking it was complicated and expensive have mostly had very good experiences. I certainly have - apprentices have made a big difference to my office serving constituents.

The Apprenticeships Levy is working for many, but not all. Businesses above a certain size pay a 'levy' which they can spend on training. But it doesn't cover the costs of business 'infrastructure' to support the recruitment and management of those apprentices. Nor have all the specialist courses needed either been structured or registered as apprenticeships: there are some sectors which have resolved this (like the Spectacle Makers) and some (like Construction and Timber merchants where problems are still unresolved. The new Minister for Apprenticeships needs to resolve these issues in a way that helps business offer more opportunities.

Colleges need proper funding, and are getting big increase in 2020-21. Funding apprenticeships is fine, but the Colleges who provide so much of the training need to be fairly funded too. Which is why I led a cross party initiative with fellow MP Nic Dakin, signed by over 150 MPs from different parties, for a decent above inflation settlement for Colleges. In an announcement that GlosCol’s Principal Matt Burgess says 'will make a difference' the government has now given an extra £400m for next year. He kindly thanked me for 'putting this issue on the political agenda and being instrumental in making it happen.'

Taking forward the cause of apprenticeships for the last decade has been one of the most worthwhile things I've done. It gives our young great chances in life, slashes youth unemployment and helps Gloucester grow. So to the Colleges, employers, trainers and apprentices of Gloucester and Gloucestershire a big thank you for all you've done. Looking ahead I see many more sectors that still don't have apprentices, including Festivals - and I would love your ideas and feedback about Apprenticeships for the Future. 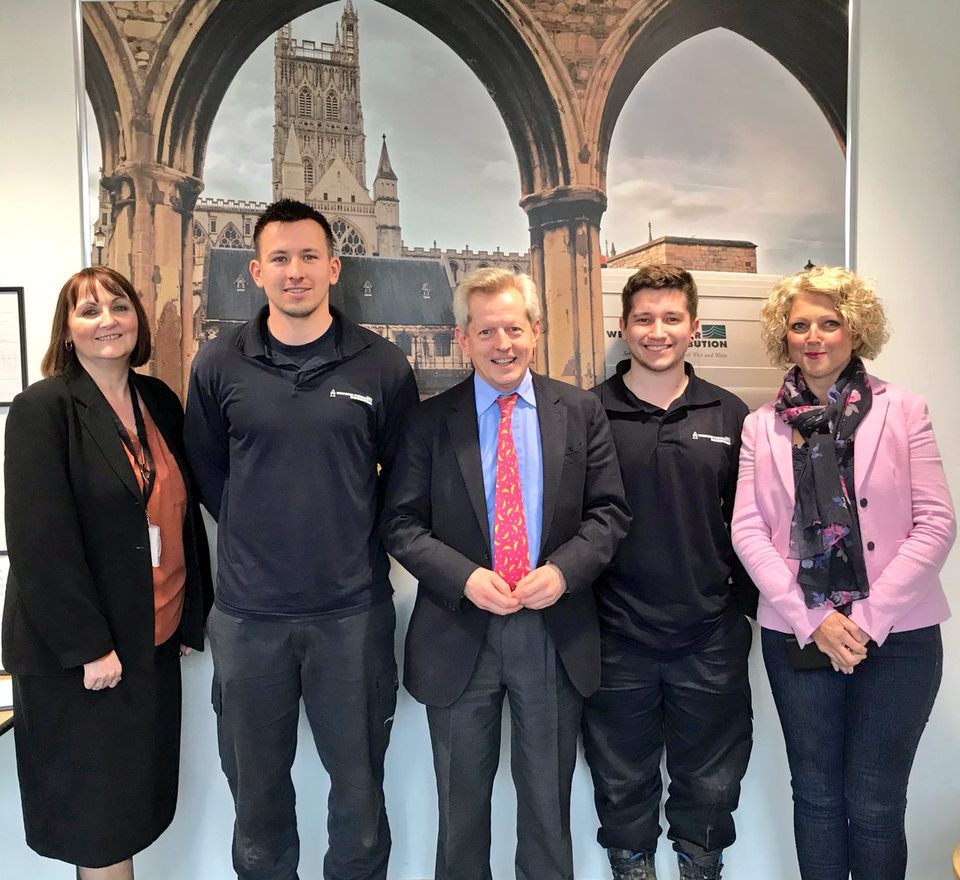 If you know anyone interested in becoming an apprentice, visit the Gov.uk website for more general information and opportunities. Apprenticeship vacancies may also be found on the NHS Jobs website.

Do email me at richard.graham.mp@parliament.uk to let me know your ideas for Future Apprenticeships