Time to prick the school bubbles - and get back to normal 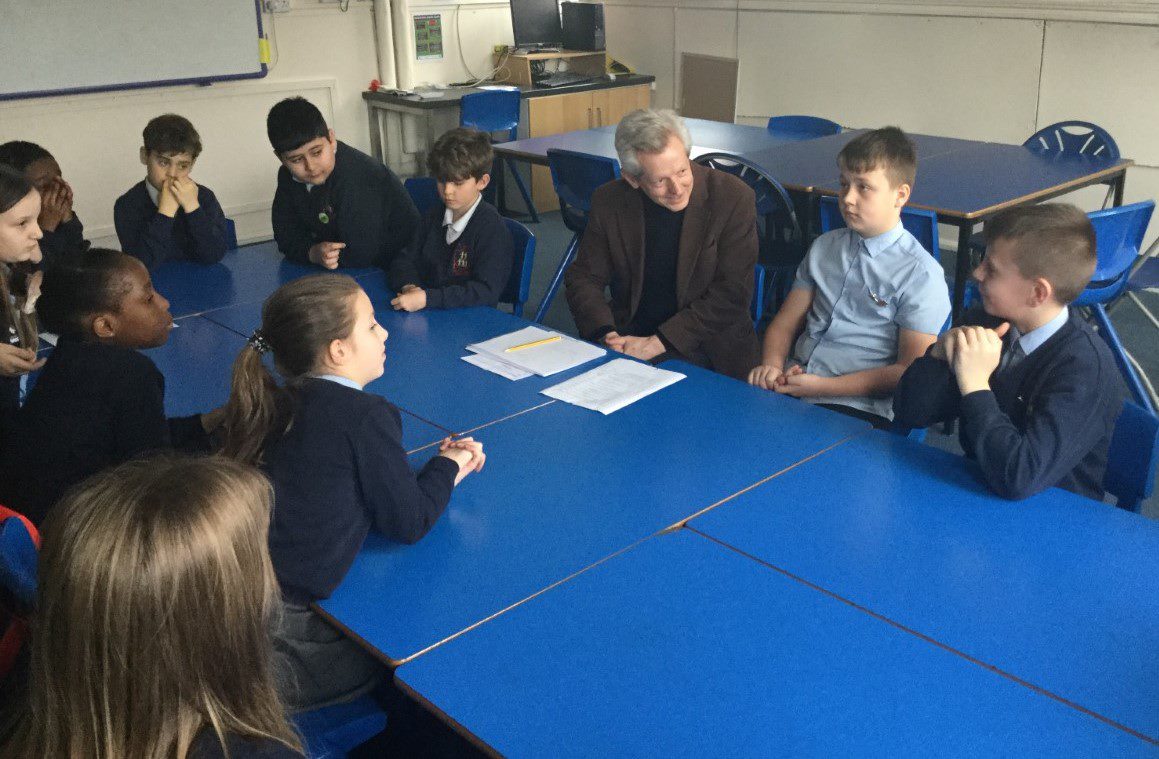 Meeting the St James’s school council in the days when such meetings were a staple part of my constituency life. Two visits to schools in the last ten days have been cancelled because of the numbers self isolating at both schools

The great economist JM Keynes famously said (or didn’t say) ‘what do you do when the facts change? I change my mind.’

Over the last eighteen months broadly I’ve accepted the arguments for a series of lockdowns and the emergency legislation that came with them. We moved fast in Gloucestershire to implement the lockdown, mobilise volunteers, get testing centres set up here – and likewise early this year when vaccination became possible to call on a different set of volunteers and vaccination hubs. We can be quietly proud of what has been achieved and how well our county has come through it all – whatever measurements you use (numbers of meals served, tests done, PPE sourced, police incidents, vaccination rate, numbers of jabs per day, numbers of NHS staff and volunteers who kept going etc).

True in the autumn I hoped that Gloucestershire would be able to keep out ‘Tier 3’ measures when our figures were relatively low, but I did not agree last winter with those who continued to call for the ‘Swedish’ approach, hoping that a similar pro freedom and anti lockdown approach would somehow work here. I could see from the data in our cross Gloucestershire meetings between NHS, county council and MPs that I chaired every week just how perilous that would have been. The resources for treating patients in our A&E Hospitals Trust was stretched right to the limit– and I never believed my constituents would accept their parents or grandparents propped up in corridors or overcrowding issues in mortuaries on a point of principle of re-opening when the dangers were clearly high.

Not long ago the original date for unlocking was shifted from June to July – and I voted for that too. Why? Because the evidence – more anecdotal than quantified – on how effective our vaccinations would be with the ‘delta’ variant was unclear. It seemed too risky to unlock everything while there was a risk of increased infection leading to increased severe illness and hospitalisation. I bought the ‘better safe than sorry and lockdown again later’ argument.

But 4 things have indeed changed sharply since then:

To put this in context, when I spoke in Parliament last Wednesday 8% of pupils in our county were self isolating – over 7,500 pupils (affecting 15,000 parents). By Friday that figure was 13% (over 13,500 pupils). In some cases entire year groups of more than 100 were self isolating because of one child getting infected. Three weeks before the numbers were tiny (about 1.5% of pupils): so the change has been very fast (scientists will say that’s because the variant is strong and spreads fast).

The knock on impact on children’s learning and mental health is considerable – just at the time when they most need to be catching up at schools, or having school leaving ceremonies, or graduating. And the impact on almost a million parents is also huge: my caseworker has had to self isolate four times this year for a week each time because of her child’s ‘bubble’ policy. Many constituents and parents have told me of their frustrations over the weekend.

This situation needs to be reversed rapidly. Unlike in the winter, almost 2/3 of the entire adult population has now been double dosed. Yes there are some pockets of refuseniks and we cannot make vaccination mandatory for everyone: we are a democracy. But their numbers are low and more and more younger (under 30) people now have opportunities to be vaccinated which reduces the risks to eg younger teachers/parents.

Schools have had some autonomy in all this. It is for Heads to decide who the contacts of an infected pupil are: and whether a bubble is a year group or a class, for example. Parents with children at schools who moved from defining a bubble as a class to a year group may be regretting that decision now. But we cannot expect schools alone to take the risks of getting it wrong. The government has to lead.

When I spoke on this (twice) last week the government was looking at how best some replacement form of testing either at schools or at home so pupils who don’t test positive don’t have to self isolate. One pilot study had apparently shown that a school took until lunchtime to test everyone. There wasn’t yet a consensus on how best to manage the change – although some of us simply wanted to see all pupils who had not tested positive back at school immediately.

But the results of all the school pilots were, I believe, completed last Friday and I suspect new Health Secretary Sajid Javid has been studying them over the weekend to find a way to prick this bubble. And the results from other ‘pilot projects’ like attendance at pre Euro football matches should also be in by now: it is pretty odd not singing, masked, in a church while thousands are going for it in a pub as England moves forward.

So this evening, when the PM holds a press conference in No10, and simultaneously the Health Secretary makes an announcement in Parliament, I very much hope that we are going to hear that:

If the data shows something very different then I await to be convinced of it: but otherwise I agree with JM Keynes – and very much hope we will hear some good news this evening, and that pupils can get back to school and parents back at work. We need both a vaccination dividend and a pupil / student catch up as soon as possible