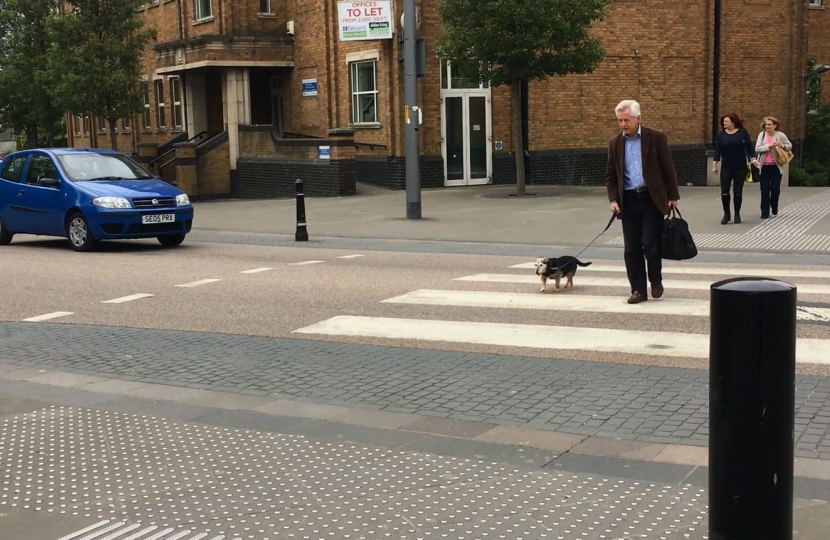 Richard Graham says changes are needed to the pedestrian crossing at the ‘CD Rack’ and the Trier Way junction on Southgate Street as key elements to reduce city centre traffic and improve air quality in Gloucester.

Richard said, “work has improved the C&G roundabout and continues at the Elmbridge Court roundabout to improve traffic flows around the city perimeter: now we need to tackle the city centre.”

2015 statistics show that Nitrogen Dioxide (NO2) concentration levels had reduced in Gloucester, but Richard believes that improving Southgate Street traffic flows will also improve air pollution: “we can do something that is socially, economically and environmentally the right thing to do.”

The Conservative candidate said, “Idling engines produce twice as much air pollution as a moving car, so queues at the CD Rack on Southgate Street are bad for everyone, and could be reduced by simply having a proper balance of pedestrian and vehicle priorities with a full pedestrian crossing. And if the current traffic lights where Southgate Street meets Trier Way were replaced by a roundabout, and drivers could turn right to Sainsbury’s and the Quays, that would also improve traffic, and reduce both jams and air pollution. So if re-elected, I will work with both councils and other partners to improve traffic flows on Southgate Street and reduce air pollution in our city centre.”

Support for Richard’s proposals comes from City Council Cabinet Member for the Environment Richard Cook, who said, “the Council is interested in ways of improving environmental health in the city centre and we agree that Southgate Street traffic is an issue that needs to be resolved.”

Funding support is available from Gloucester Quays, as Peel Outlets MD Jason Pullen confirmed that he both supported and would help finance the proposals for a roundabout: “better traffic flows are good for the City Centre and the Quays so we support Richard and will help the county council finance changes. I look forward to further discussions.”