Response to the EU Referendum Result 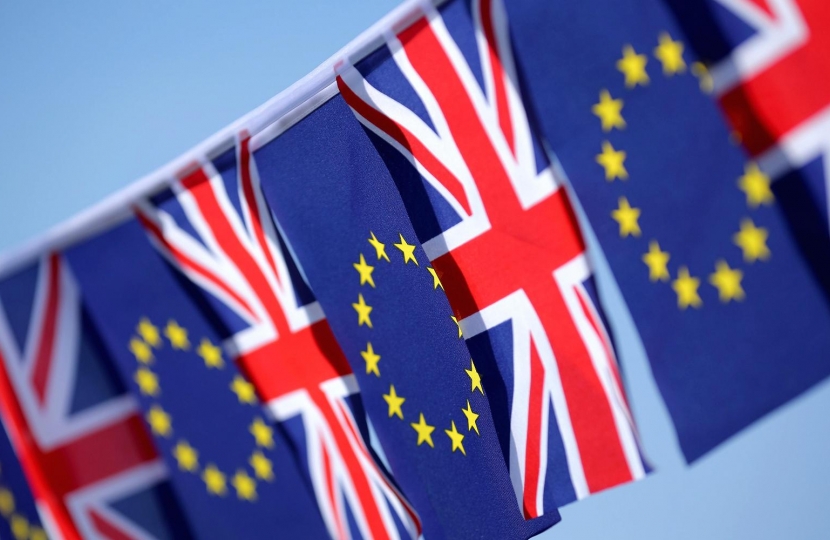 Hundreds of my constituents sent me their comments on the referendum and related issues. See my response to these below:

I have had many emails from constituents who’ve signed a petition calling for a second referendum: some of whom have also asked me not to recognise the result of the referendum.

However much any of us regret the result, we are all (and MPs especially) servants of democracy: the country has voted and we must implement the collective view as best we can: exploring all aspects of ‘getting back control’ while retaining, where possible, key parts of the current relationship, like free trade.

We lost the debate and have to recognise that, and all do our best to learn the lessons and implement the decision as best possible. So we must find the opportunities and manage the risks: it will all take time, and will need patience.

Some of you have blamed the Prime Minister for the referendum, or asked that he shouldn’t resign. I understand the feelings involved. I also think that he was the best Prime Minister that we could have, and I knew instinctively that he would resign: David Cameron is a decent man who has done what he believes is the decent thing for 11 years as Party Leader. He will stay to see through a leadership election (I imagine) in September, before the Party Conference.

3 The Future of the United Kingdom

There are no facts about the future: only different ideas, and it’s down to individual judgement regarding whose view will prove right. There are discussions very soon on the Northern Ireland border with Stormont leaders and the Irish PM. My belief is that they will resist formal border crossings and passport checks, at least for now, and that this important relationship in the EU will be relatively unscathed.

I don’t believe Nicola Sturgeon wants to hold a referendum unless she is sure to win. My judgement is that isn’t the case at the moment, but she will have to decide: and the Westminster government would need to agree to any further referendum. In any event she and other administrations will have a role in the Brexit discussions and options.

The Conservative leadership election to replace David Cameron as Leader and Prime Minister starts this week and will likely finish in September. The new government will then decide when to trigger Article 50. Once triggered, negotiators will be sent to the EU to discuss an exit deal. This must be agreed by a majority of the EU member states (not including the UK) and the process has a two year deadline. After which I believe there will be an approval process for the replacement of the 1972 European Communities Act in Parliament.

Whatever happens, there is plenty to be done in Gloucester including many projects here not reliant on the EU, from the new Health University Technical College that we are applying for, to physical regeneration, more culture and more housing. This will go on, and the government will continue to govern while we negotiate what happens next with the EU.

Thank you for many emails in the past week, after the tragic death of Jo Cox MP. Nothing I do, or the way I do it, will change in any way.

I voted to remain, but Gloucester and the country voted to leave. I respect this decision and will work to get the best deal possible for us and our country.

Above all let us focus, as Jo Cox said, on what we have in common – which is far more than what divides us – and differ with politeness, and unite where we can. I hope that we can all pull together again as soon as possible.

Richard Graham was a member of the Work and Pensions Select Committee from May–November 2010, and July 2015-June 2017.

Since June 2017 he has been a member of the Select Committee on Exiting the EU.