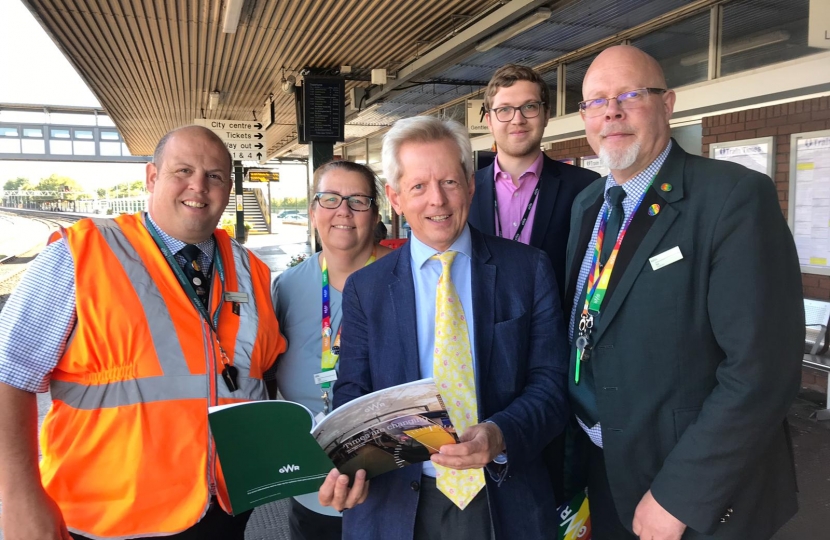 We have the second longest platform in the country at Gloucester Railway Station but not enough trains have stopped here for the growth in passenger demand. Things have now just got a lot better, after years of work with Transport Ministers and Great Western Railways (GWR).

The announcement last week of 5,000 more seats a day between Gloucester and London Paddington, with a new direct service every hour and an indirect service every half hour in between from December 15th 2019, is a huge step forward: a 55% increase in the number of seats available. And because of our earlier electrification of (part of) the line, these trains will take 10 minutes less travelling time.

With GWR staff at Gloucester looking at the new timetable

But I’ve also said for a long time that there are increased numbers of travellers from Gloucester to Bristol and the current service is inadequate: we need both more trains and carriages and better rolling stock. I’ve been working on this with the Metro Mayor of the West of England, GWR and the Department for Transport. This was delayed while Network Rail were working on improvements at Filton Bank, outside the Bristol stations, but I hope to have more news on progress before too long.

Extra capacity (seats) invariably means more demand for car parking, and that has been provided for by the new Great Western Road car park that we opened last year, with a new entrance directly onto Platform 4. There are new cycling racks as well, and an electric charging point.

Meanwhile as many will know we won government funding to improve the underpass, the station forecourt and an extra entrance / exit to the front car park onto Metz Way. After a frustrating delay the design work on this has now been awarded. I hope to have more details of when work starts on all elements soon so that we can have a Railway Station as good as the Bus Station (Transport Hub) across the road.

At the same time the City Council, which owns Wessex House (the former Edmundson Electrical empty building at the far end of the underpass on GW Road), intends to renovate this building and use it for the most vulnerable. Gradually Great Western Road is being improved, and my aim remains that especially those working in our Hospital can use a better underpass with less fear. Having an occupied site beside the underpass can only help. 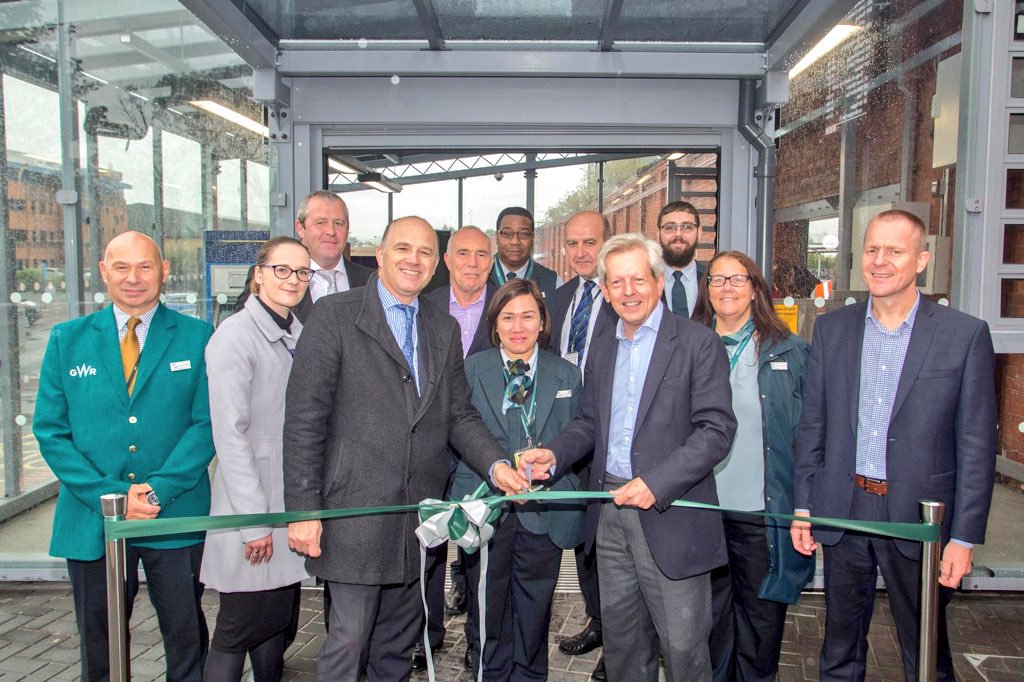 Do let me know at richard.graham.mp@parliament.uk your thoughts on these changes.