£3.75m funding means we’ll be proud of our train station 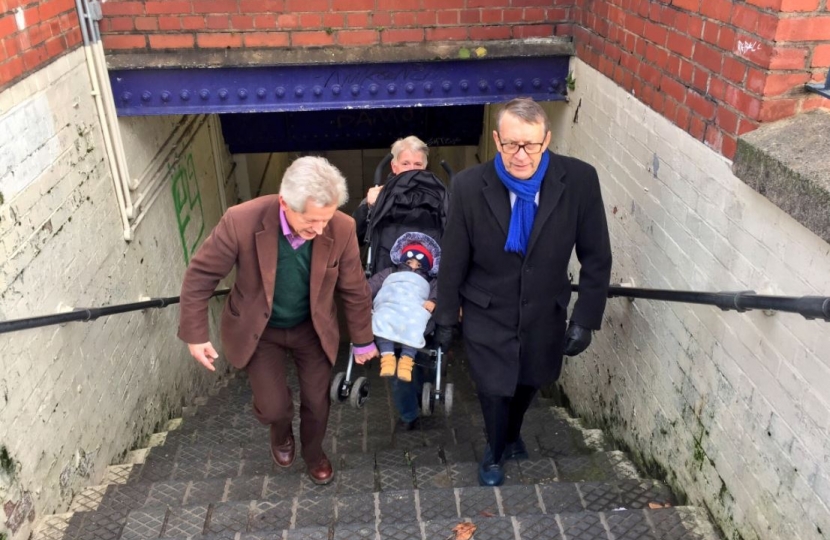 Gloucester MP Richard Graham, who has worked on improvements for Gloucester Train Station for the last eight years, says the new £3.75m Local Enterprise Partnership (LEP) funding will mean “we’ll be proud of our Train Station and surrounding area”.

“Let’s be honest” he said: “Gloucester Train Station has got some great staff and hot drinks, and more recently better waiting rooms and a covered bridge (and lift) over the tracks – but the underpass is grizzly, the station front not pretty, the route for cyclists dangerous, there’s no exit from the car park onto Metz Way and the turning left onto Bruton Way is, well, brutal. The new £3.75million funding will solve all of that. Hospital staff who walk from bus station to the GRH will especially appreciate improvements to the underpass, and drivers save time getting out of the station.”

Richard said “this announcement deserves a big thank you to the government, our LEP, the city council pitch led by Paul James, GWR and all involved in working with me to make this happen. Now let’s get going on with it as soon as possible – so we have a much better train station alongside a sparkling new bus station”.

The city MP noted that the other project on which he has been working for almost as long (since 2013) – the additional station car park and station entrance off Great Western Road is also under way: “so with different funding sources, we’ve got things happening and the first chance for passengers to buy tickets on both sides of the station since trains moved to the current site in 1844.”

Richard added that his focus now at the station would be on the implementation of the new LEP funding. But he added the other aspect was good services: “we’ve got good Swindon and London services, 15 minutes quicker to London now, and twice as many by the end of this year. But I will check that the extra Cross Country Inter City Birmingham-Bristol services (in their franchise) don’t get delayed too long because of work on the line at Bristol. And I’m pursuing additional GWR commuter services to Bristol, where demand far outstrips supply.

“All in all” said the train loving MP, “it’s full speed ahead for Gloucester Train Station.”