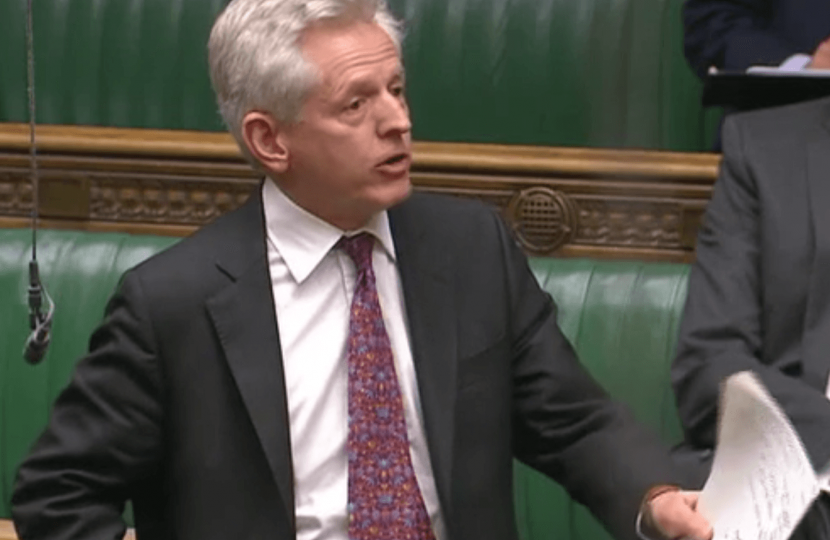 Responding to the ‘case for compassion’ for police widows and widowers made by City MP Richard Graham, Minister Mike Penning recognised a compelling case had been made and promised to review analysis done by the Home Office and the Treasury on the details soon.

The Gloucester MP explained widows and widowers subject to the 1987 Police Pension Regulations still had to lose their police pensions if they wanted a life of happiness by remarrying or cohabiting: a ‘choice no-one should have to make’.

Richard paid tribute to petition organiser Cathryn Hall and her group of widows and widowers and highlighted the cases of Gloucestershire widows Sharon Jones and Julie Shadwick, who were both present. Sharon had written to Richard that she had “recently met another man and we married at the end of October 2014, which brings me a wonderful opportunity to start a new life.  However, as a result I have lost my pension entitlement.. and am being penalised for finding new love after 10 years alone.”

Richard said “Minister Mike Penning paid tribute to Cathryn Hall, who has led the campaign with dignity and quiet determination, and at my invitation afterwards spoke to all the group and took individual questions. I think this debate has nudged the issue forward several steps, which is very encouraging.” But he cautioned that “expectations should not run ahead of concrete results: governments are very cautious about retrospective legislation, which is why this group’s problems have not been tackled by previous governments”.

The City MP promised to continue to raise the issue formally and informally in the run up to the Budget.

“I was the wife of Ian Jones who served with the Gloucestershire Police Force for 29 years and who reached the rank of Chief Inspector.  Ian was killed in an accident in June 2005 and I have survived on the pension that the service provided to me and have brought up our three children on my own.  My children are all now independent and this has given me the opportunity to start my life afresh.

I recently met another man and we married at the end of October 2014 which brings me a wonderful opportunity to start a new life.  However, as a result of this, I have lost my pension entitlement and am being penalised for finding new love after 10 years alone.”