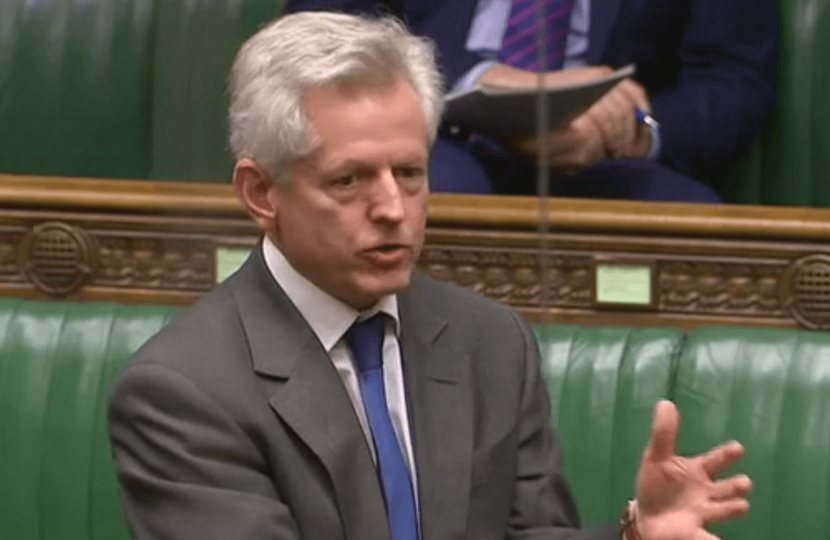 DAVID Cameron has indicated his support for increased prison sentences for banned drivers who kill on the roads following the death of a well-respected Gloucester man.

The Prime Minister told MPs at Westminster he wanted the courts to feel able to “take exemplary action” against the most “appalling, extraordinary crimes” after city MP Richard Graham highlighted the case of a motorcyclist jailed for 18 months.

Graham Godwin, branded by the judge “an absolute menace on the roads”, was disqualified from driving when he collided with Paul Stock, a well-known welder, who later died.

Gloucester Crown Court heard Godwin had 12 previous convictions for driving without insurance, nine for driving while disqualified and three for drink driving.

The judge said the maximum allowed by law for the driving offences was two years – but he was legally bound to reduce it to 18 months to give Godwin credit for his guilty plea.

The fact Godwin, of Winnycroft Lane, Matson, was banned when he committed the offence last March, did not mean he could be sentenced more harshly than a driver who was not.

Mr Stock’s widow Mandy is campaigning for a change in the law to introduce tougher sentences for disqualified drivers who cause death or injury.

Raising the case at Prime Minister’s Questions, Mr Graham drew support from all sides of the House of Commons.

“Mr Godwin has multiple previous convictions for driving without insurance, and while disqualified and said he was not subject to the laws of our land,” said Mr Graham.

“The current maximum prison sentence for this crime is two years, and my constituent’s widow Mandy Stock understandably believes that it is time for Parliament to recognise the danger caused by serial disqualified drivers, and also to increase the maximum sentence for dangerous driving.

“Would the Prime Minister ask the Justice Secretary to look urgently at both these issues?”

“The previous government and this government both worked to try and increase some of the penalties associated with drivers who ended up killing people through their recklessness and carelessness.

“I will look carefully at what he says and arrange for him to meet with the Justice Secretary.

“I do think it’s important that we give our courts a sense that when there are appalling, extraordinary crimes they can take exemplary action.

“I do think that’s important in a justice system and I will look very carefully at what he said.”