Nursing Pay and the Budget 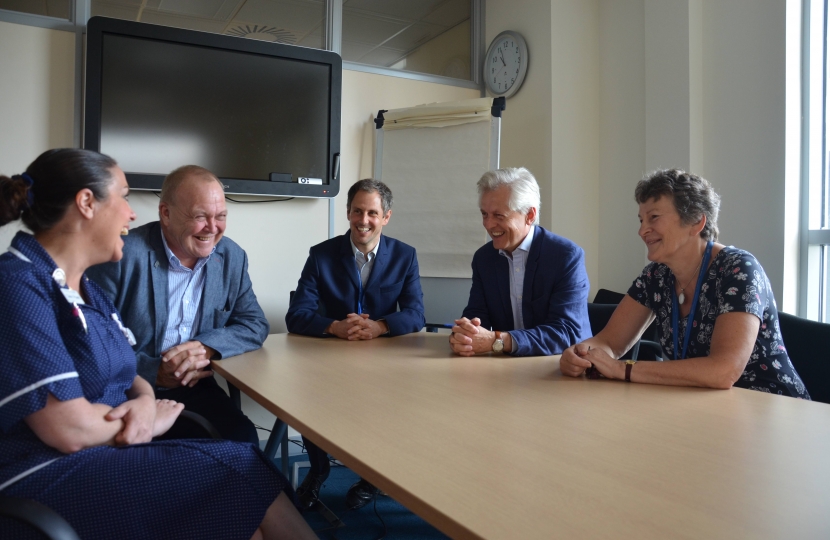 I fully respect nurses and the work that they do. I volunteer every year with our GRH to learn more about the pressures different people in our hospital face, and NHS Glos Nurses have saved the lives of four generations of my family – so I do value their care.

The cap on public sector workers has already been lifted and the Health Secretary is in discussions with Health Unions regarding the specifics of the NHS pay package, including modernising the overall structure. Following this he will submit evidence to the Pay Review Board and the Treasury. The Chancellor has confirmed that he will fund any pay deal separate from current NHS funding agreements. I expect the negotiations will focus on the lowest paid front line staff including nurses and how to fairly distribute any pay increase.

The Chancellor also committed to an additional £2.8 billion bringing the spending increase over this year and next to £7.5 billion. This is record levels of funding, but it is hard for any level of funding to cover the growing demands of an ageing population. In many instances it’s for patients to act responsibly and use the A&E only in emergencies, utilise their pharmacists more than they do and tackle preventable illnesses where possible.

That said I know GRH Chief Executive Deborah Lee feels more beds are needed, and so the Trust has submitted a bid for CapEx funding, which I have strongly supported, and winter pressure funding is also being provided to help too. I'm proud that the NHS has been rated the best healthcare system in the world, with more patients being seen than ever before. These stats are only possible because of the dedication and hard work of NHS staff. I will follow the negotiations on pay carefully.