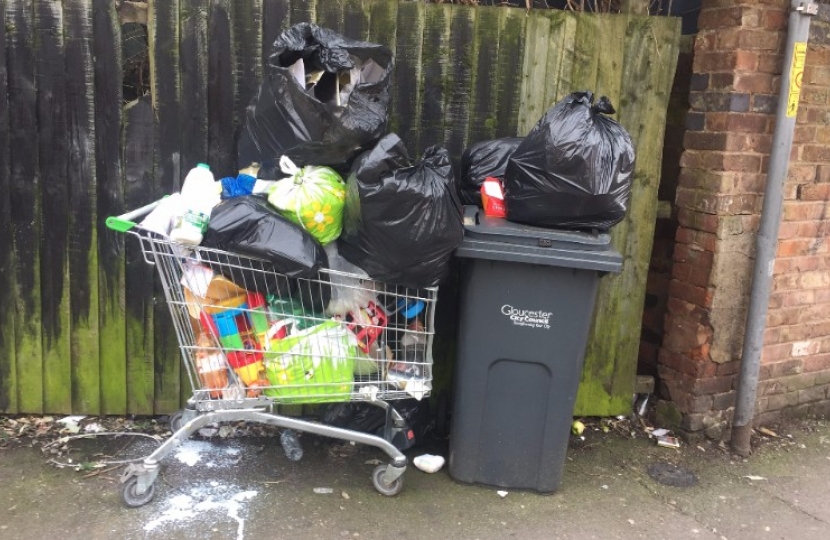 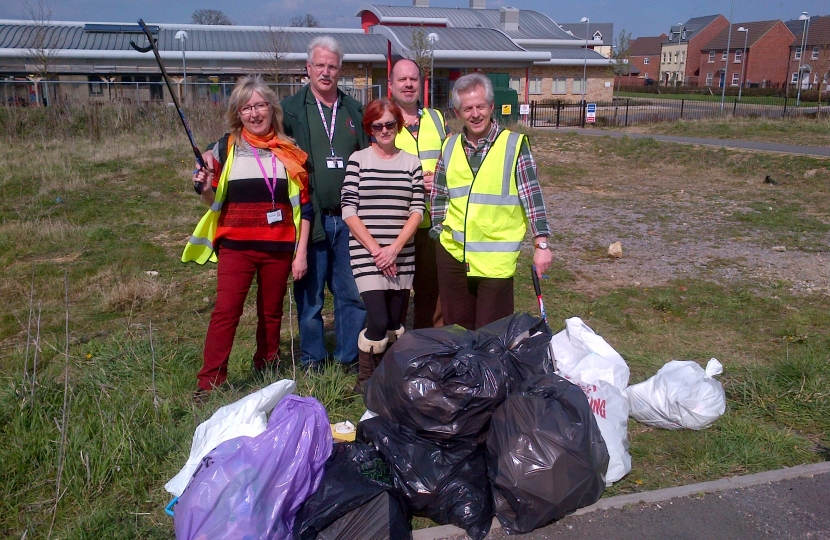 Yesterday a constituent who gets my regular e-news accused me gently of having rose tinted specs. Mary, who lives in Robinswood, said I always focused on the good news and wondered if we lived in the same city.

So we discussed Mary’s view of Gloucester. She’s retired, so she isn’t that interested in changes to employment, the growth in jobs and apprenticeships, or the 80% reduction in youth unemployment. New employers in growing sectors like cyber, nuclear or tidal lagoons don’t impact Mary: and she’s not very interested in Heritage or Sport either. New housing means construction and she’s not mad about the noise and change involved.

Mary hasn’t been to the Docks and Quays for years, and she doesn’t think whatever’s happened there is for people like her anyway.

No: Mary judges Gloucester by what she sees in her part of the city, where her daughter lives in Barton, and in the city centre. And she doesn’t like what she sees.

In Robinswood around her, Mary sees too many unkempt tenants’ gardens with brambles spreading over their fences. She points out a path where the contractors don’t keep the grass cut very well (she does it) and a tree where the conkers aren’t swept up. She sees far too much litter and dog poo everywhere.

Mary says the alley from Barton to Asda is ‘dreadful’, the litter on the verges of the roads that she sees from buses ‘shocking’ and young men in sleeping bags in the city centre ‘depressing’.

Mary would agree it’s not just a question of pointing a finger at the city council, their contractors or GCH – though there are times some or all need chasing. She’s worried about attitude. Too many rude, litter leaving individuals who just don’t care. And Mary has a point. So what can be done?

In my view, leadership means getting tougher on individual responsibility, and communities leading the way on improving local areas. One example of this, often discussed, is fly tipping. In Barton, residents, even some councillors, have told me for years it is because strangers drive into the ward and dump stuff there.

Well earlier this year Barton businessman Phillipe Lassey was ordered to pay over £2,000 for organising industrial scale fly tipping round the corner from his business on Barton Street.

Recently too, Kingsholm and Wotton resident Elias Mathai was fined £1,830 for dumping his rubbish on RSPCA property on Horton Road, around the corner from where he lives.

Neither case is about some outside person bringing rubbish into Gloucester but local, individual responsibility. How can you live or work in a community and treat it like this?

So we do need a tougher approach to fly tipping and I welcome Richard Cook and the city council increasing fines sharply and creating a site where you can put photos of people behaving irresponsibly and report them here.

But there are also some public places where the litter just needs cleaning up, like in the St Mary de Crypt graveyard, Tuffley Park, Blackbridge and Kingsway, where I helped teams of volunteers. If everybody gave half a day in the ward they live a year to clean up it would make a big difference.

The late Cllr Yakub Pandor set a great example, walking around with a litter picking stick. And Ivan Taylor’s brother-in-law Paul  does the same in the city centre (pipe, cap and broom). We should recognise those who clean up, selflessly.

So come and join me in the ‘Great British Spring Clean’ March 3 2017 between 10am and 3pm, at the Guildhall on Eastgate Street.

Let me know if there’s a good clean up in your ward (like Kingsway) you want to highlight at richard.graham.mp@parliament.uk.