A No Deal Brexit would be chaotic and damaging so Government’s urgent priority must be to secure a Withdrawal Agreement, says Brexit Committee 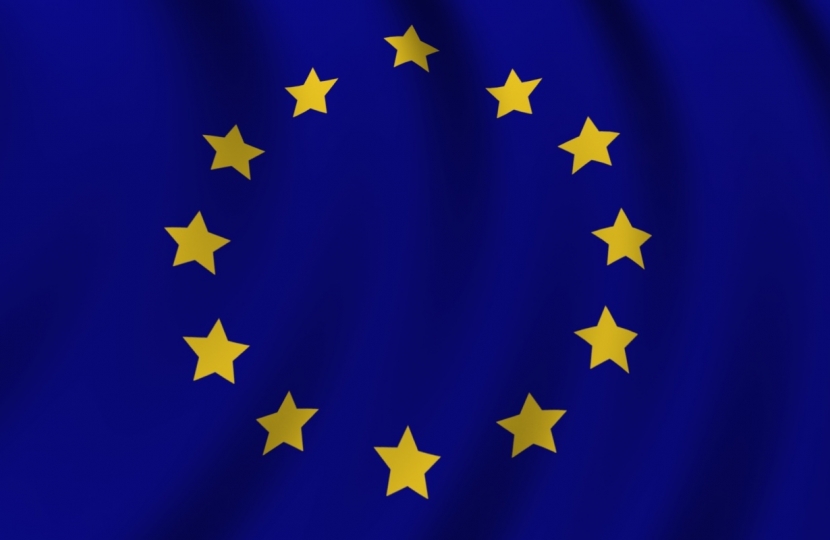 Although I didn’t agree with everything in this report – some of my amendments were carried, some were not – it is hard to disagree with the three main points. But the negotiations are invariably ahead of  the Select Committee and I suspect we are closer to agreement on the ‘backstop’ for the Northern Ireland border. Which is encouraging.

What is certainly true is that the so called Canada ++ FTA absolutely would not provide frictionless trade with the EU, and would probably cause the car manufacturers over time to relocate to Continental Europe (5 out of 6 cars made in the UK are exported to the EU). Which is why the government’s proposals are so important.

A No Deal Brexit would be chaotic and damaging so Government’s urgent priority must be to secure a Withdrawal Agreement, says Brexit Committee

As Parliament will need clarity on the shape of the future economic relationship through the Political Declaration, the Exiting the EU Committee says the priority must be to secure a Withdrawal Agreement. Whether the final deadline is the October European Council, or potentially mid November, the time remaining is extremely limited.

Today’s Report from the Exiting the EU Committee, The progress of the UK’s negotiations on EU withdrawal from June – September 2018, notes that there has been some progress on the draft Withdrawal Agreement - now said to be 80% complete - but emphasises that significant sticking points remain.

Agreeing the terms of the ‘backstop’ to prevent a hard border in Ireland remains the single biggest obstacle. The Government must set out clearly how it intends to eliminate regulatory checks at the border. Without an agreed backstop, there will be no Withdrawal Agreement and therefore no transition / implementation period.

The Report warns that given the EU’s fundamental objections to the Government proposals on a common rulebook for goods and a Facilitated Customs Arrangement, if agreement cannot be reached on them then an alternative approach to the future EU-UK economic partnership will have to be found.

A ‘no deal’ outcome would have significant consequences for the UK and the European Union, warns the Report, which concludes it would be ‘chaotic and damaging’ for the UK economy, leaving many businesses facing huge uncertainty.

The Chair of the Committee, Hilary Benn MP, commented:

“Time is now running out to secure a Withdrawal Agreement. Without one, there would be no transitional period and this would leave businesses and citizens facing great uncertainty in just seven months’ time. There are, however, significant problems yet to be resolved.

“The need for a backstop to keep open the border between Ireland and Northern Ireland was agreed last December by both sides and is therefore fundamental to any Withdrawal Agreement. The EU has now said it has no objection to a UK-wide backstop ‘in principle’ and this is to be welcomed. But the Government has not yet set out how it will maintain an open border without imposing customs and regulatory checks. It must now do so.

“Time is also running out to agree the kind of detailed framework for the future relationship that Parliament will need to see. We’re urging the Government to concentrate on getting a deal to ensure the continuation of tariff and friction free trade which is so important to the future of our economy. If the Chequers Plan is not acceptable as a basis for that, then the Government will need to find a different approach urgently. Alternatives are either an EU-UK Customs Union and alignment on relevant EU rules, or EEA membership and a customs union, but neither are Government policy.”