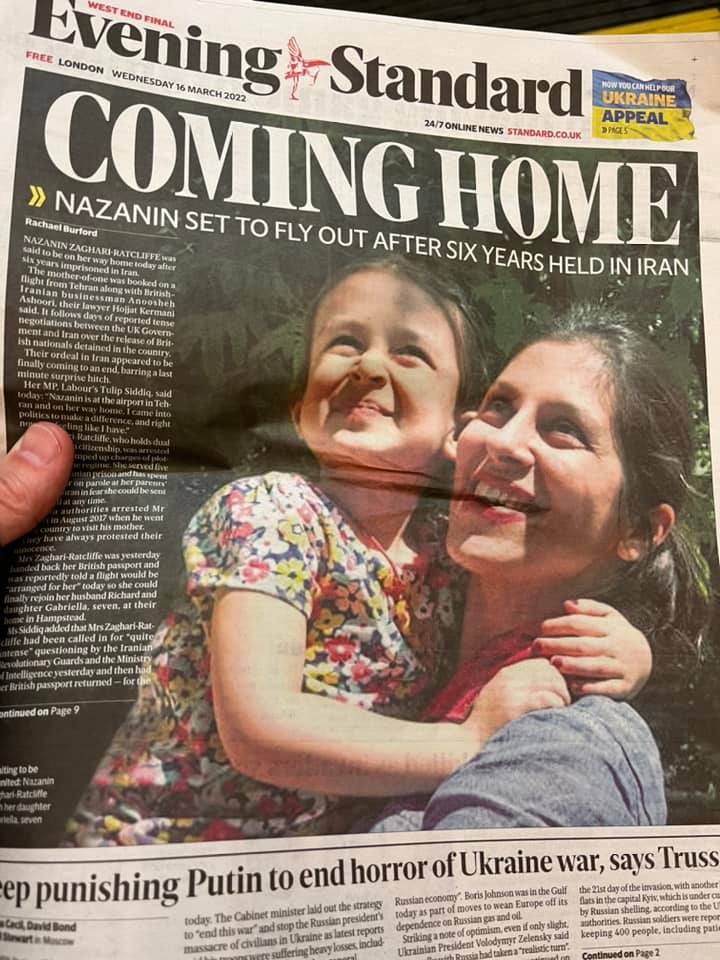 We needed some good news and got it yesterday.

Nazanin Zaghari-Ratcliffe and Anoussheh Assouri are back from Iranian jail, where they were effectively hostages for a very long time - in Nazanin’s case for 6 years.

Three years ago I met Richard Ratcliffe, Nazanin’s husband. I had a long chat with him and others in his family and thought then, and still think, that if we all had half of his and their resilience this country would be even more amazing than it is. 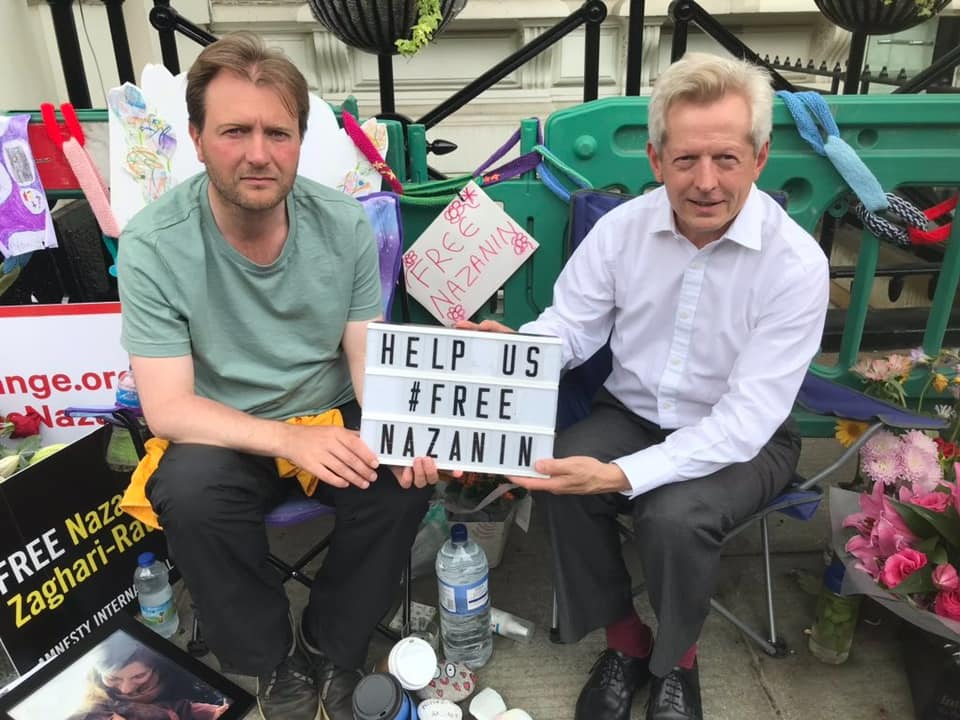 He and their daughter Gabriela were in the gallery of the House of Commons yesterday for the announcement by Liz Truss and when I left later I went up to see them. I have simply never seen a man so completely over the moon. And wouldn’t we all be.

Jeremy Hunt said yesterday that Richard was the bravest man he knew and Tulip Siddiq said, brilliantly, that he had raised the bar for husbands for ever.

He simply never gave up, fighting her corner in ways few of us will ever be called to do.

On Times Radio last night I was asked how difficult it would be for the family to readjust. I said it was way beyond my pay grade - you need psychologists with knowledge of hostages returning and someone like Terry Waite who’s been in that situation to explain the long list of difficulties ahead. But I did say that this special family had been through so much and proved so resilient that I felt they could get through whatever challenges they now face, together.

Some ask why did it all take so long? The short answer is because of the nature of the Iranian government, the complexity of paying back monies from an arms deal in the late 70s while there are extensive western sanctions on payments to Iran, geostrategic politics, Trump & the on off nuclear deal - you name it.

This was very complicated and even more sensitive. And best dealt with, as it eventually was, behind closed doors by dedicated Foreign Office diplomats. Everyone recognises what a good job they and the Foreign Secretary Liz Truss did on this.

There is much more to be resolved in UK Iranian relations, including other detainees, the vulnerability of dual nationals visiting Iran and much besides.

But for now let’s celebrate for Nazanin and Richard. Three years ago I wrote in Richard’s book that:

“Everyone in Parliament, in Gloucester and across the country is with you in spirit, solidarity and hope that eventually right will be done and that you’ll all be together again, free”. 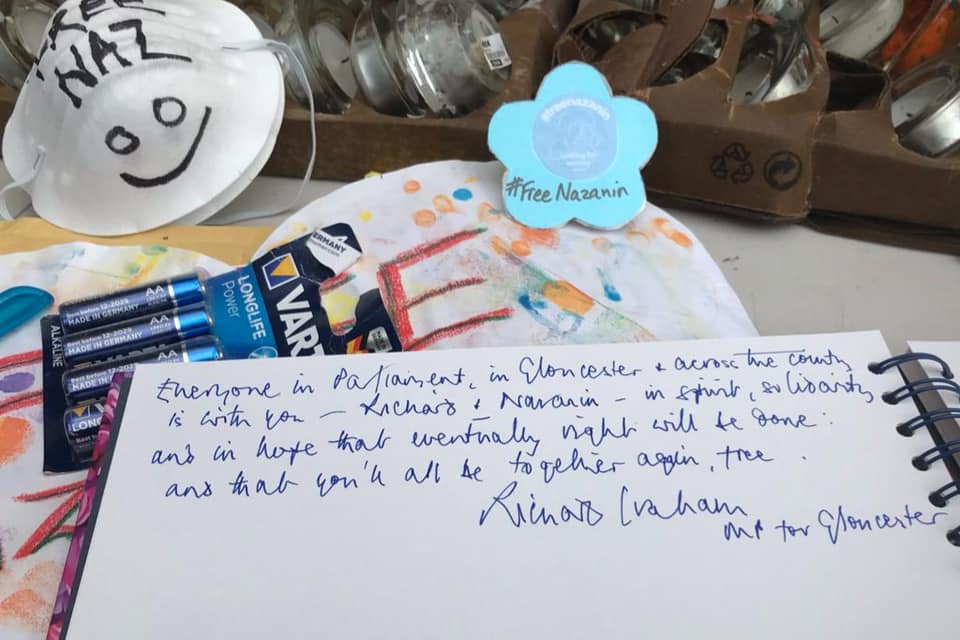