My friend and Mayor who never gave up - Lise Noakes 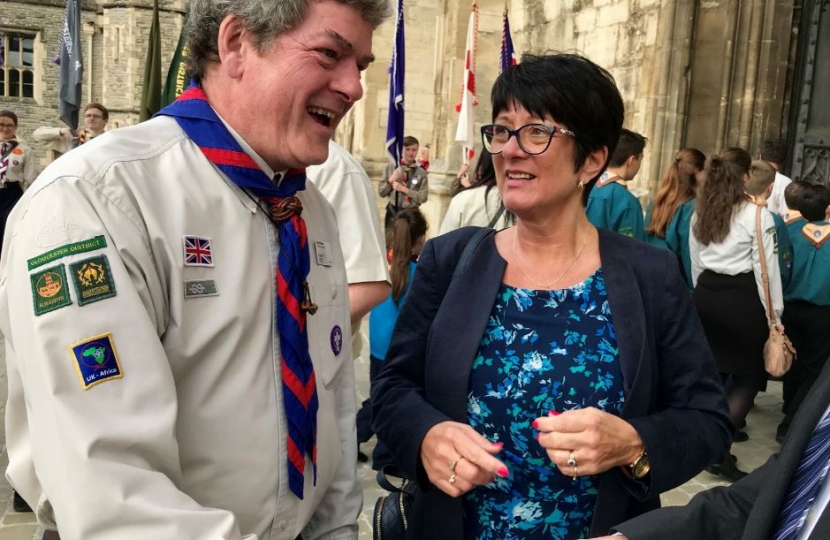 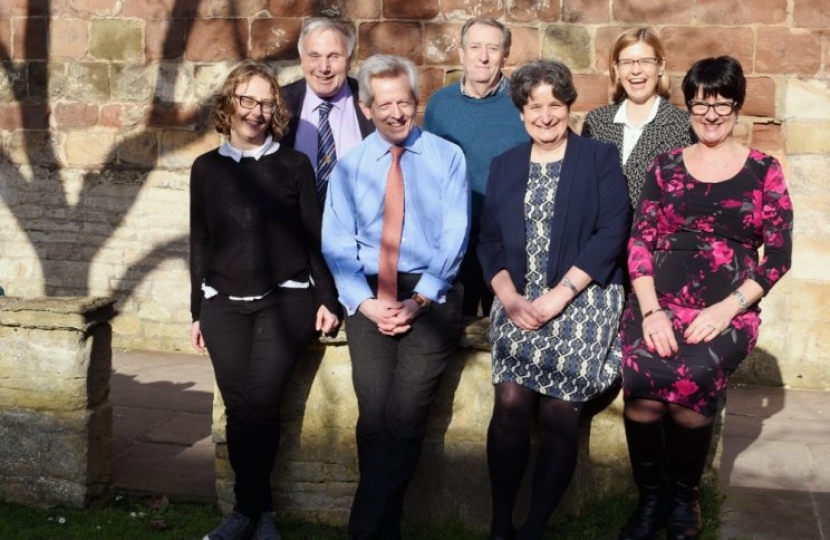 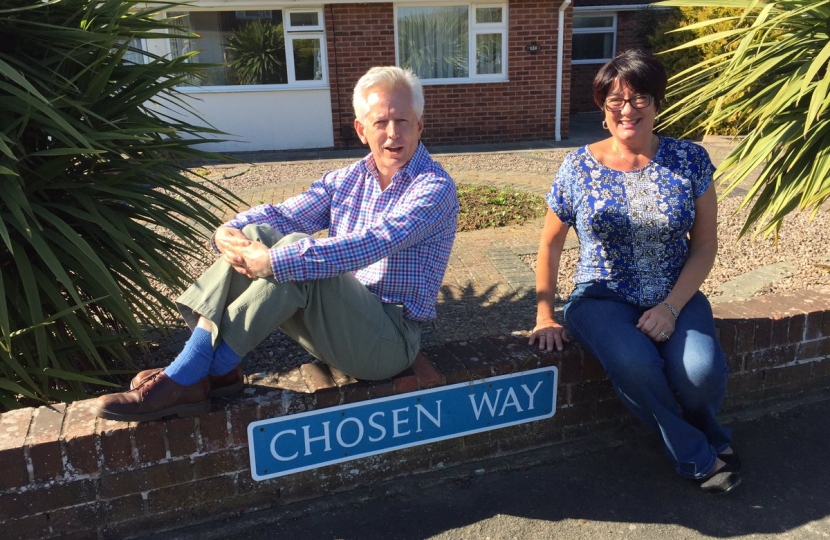 None of us had any idea it would be like this. Three weeks ago I knew that former Mayor of Gloucester and Councillor for almost twenty years Lise Noakes had just been diagnosed with pancreatic cancer, but had no idea, any more than she did, that the end was so close.

And no-one who was at the Cathedral service for the Scouts on Sunday 28th April could conceivably have picked up any sign from this very proud President of the Scouts, or her great rock of a husband Keith, that there was anything wrong at all. Look at this photograph that I took of her that day: 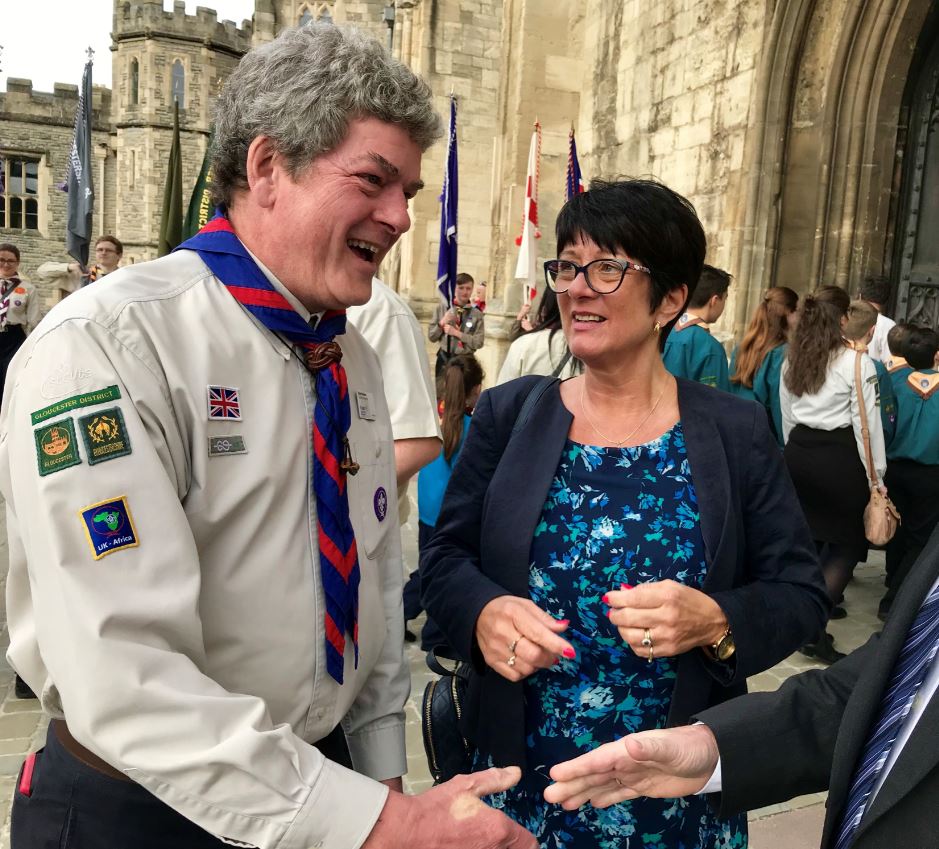 She was, as always, giving her all - smart, encouraging, chatty, supportive, appreciative and challenging - that was Lise in action: wanting our Scouts, her city, to be the best possible.

When someone close to you dies suddenly, there’s the shock, the how could it have happened so fast reaction. Then there’s the instinctive mental hug for family, those for whom the gap will be vast, whose lives will never be the same again. And in my case the next stage is a need for time - time to reflect on what I’ve treasured most.

Lise is, was, a force of nature: someone with energy enough for a dozen; a woman who could, and almost always did, find time to do more, much more. Not just helping design and taking on a new portfolio of Culture and Leisure but creating a Culture Trust, joining the Trustees of the new History Trust and driving changes at our Museums, some of which (like the future of the former Folk Museum) will come soon.

That all seems sensible, even logical now, but it wasn’t long ago that many residents and most others in Gloucestershire would have laughed: ‘Gloucester doesn’t do culture’ was a widespread assumption a blink in history ago. No longer.

Lise was a fighter for good causes and she fought this one, the need to change perceptions, as hard as she could. Nor did she hang back if she thought enthusiasm elsewhere was lacking. I can see her now berating the rest of us Trustees for not being enthusiastic enough about the (last minute.com) proposals for last summer’s Aethaelfled Festival. ‘For goodness sake let’s just do it’ she exhorted us all. We did: and what a success it was.

Winning respect from Lise had to be earned, not assumed. But when you had it she would back you all the way, as Paul James would vouch: loyalty to cause and individual were among this wonderful woman’s trademark characteristics. An army major’s daughter, being smart and punctual on parade was a requirement not an option, but she also knew how to cut slack for others trying to juggle half a dozen good causes simultaneously.

There was no more staunch defender of Gloucester, and she knew our city’s weaknesses and what needed to be improved without sentimentality, and her strengths as a project manager have been vital for the changes she helped put in place. The City Council in particular will miss those skills and that drive.

Nor will I forget the support she gave Gloucester’s youngest ever city councillor, Laura Brooker. Lise quite rightly never put up with anything that looked like bullying.

So it’s not surprising that I’ve had e mails from constituents who vote in all different ways telling me of things she did to help them, of casework done without trumpeting, and individuals and causes supported without the rest of us knowing.

Beyond her city and its increasing variety and quality of culture, Lise cared deeply about her soulmate of 22 years, Keith, her daughter Ali and other members of an extended family.

And because she was so well organised, and despite the time being much shorter than imagined, in the last month she handed over her portfolio with meticulous briefings to former Mayor Steve Morgan, wrote notes on personal and family keepsakes and was ahead in managing her last great project - her daughter Ali’s wedding this Saturday.

It is agonising that her hope to be there for that special day is not to be. But everything will, I suspect, be the best it possibly could be. Things usually are - were - when Lise is involved.

This afternoon at our History Trust meeting, we will (as they say) remember: remember a remarkable, big hearted, great friend of many in Gloucester. Thank you Lise Noakes for being you and for all you’ve done. 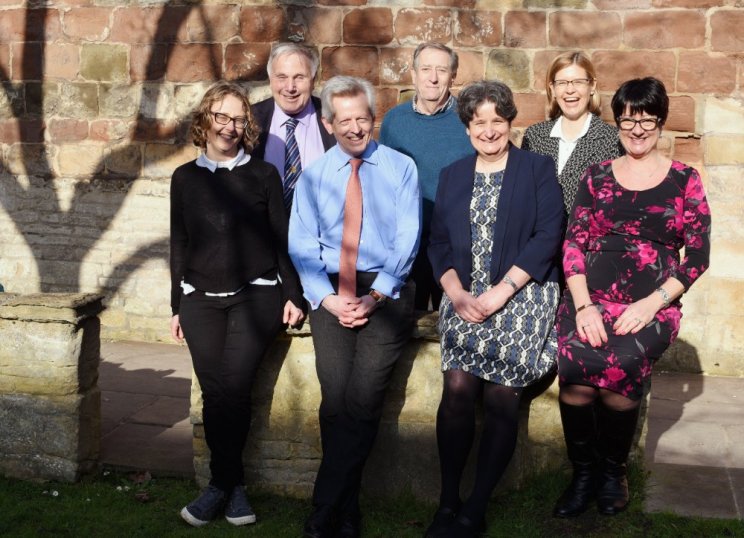 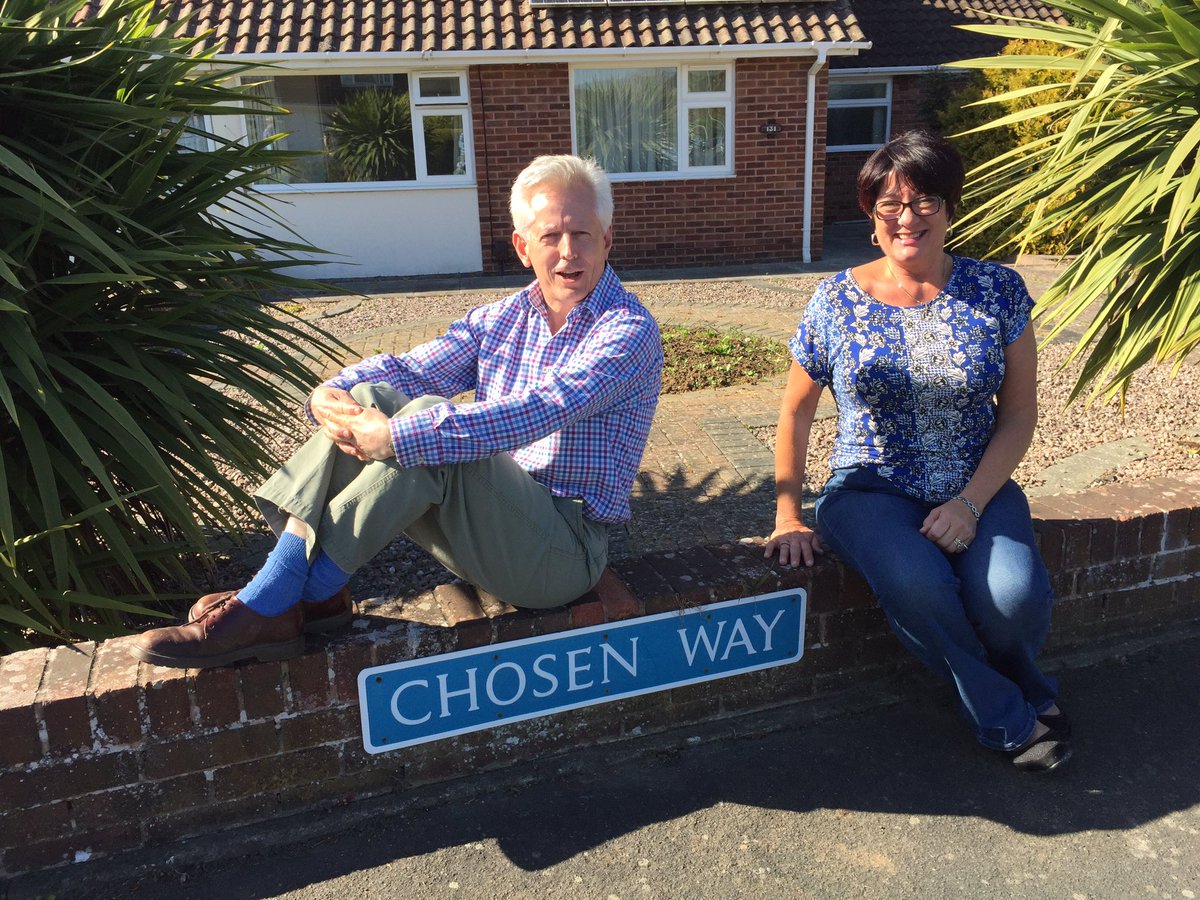